Whilst in Spain as always i found myself browsing the book stalls and came accross Emilio Marin Ferrer's - Guerras de Marruecos 1859-1926, couldn`t resist so bought it :-)

Now i know a fair bit about the various conflicts, sometimes buying these books is more a case of looking for something new or "patting" myself on the back for knowing stuff or even more smugly looking for errors - sorry :-(

This large 250 page tome appears to be a good general history of Spain's various attempts to pacify the Berbers, well illustrated and decent text (in Spanish of course).

In the section about armoured vehicles, I suddenly came across a surprise - 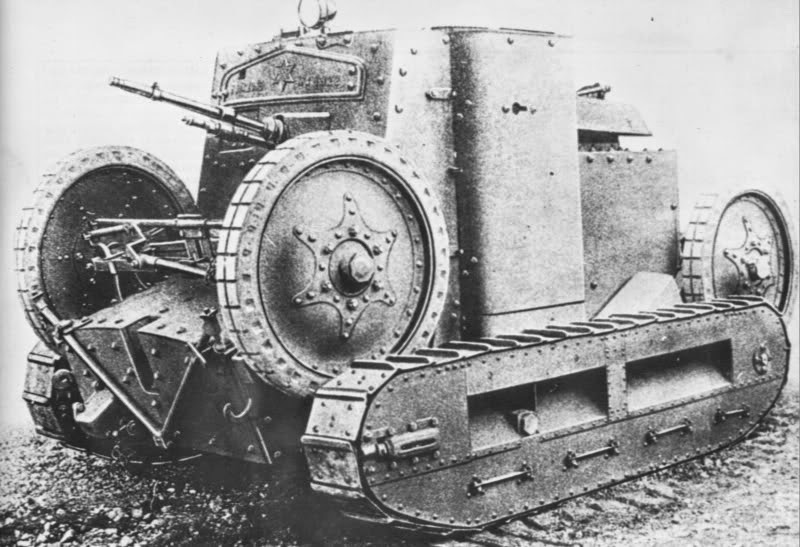 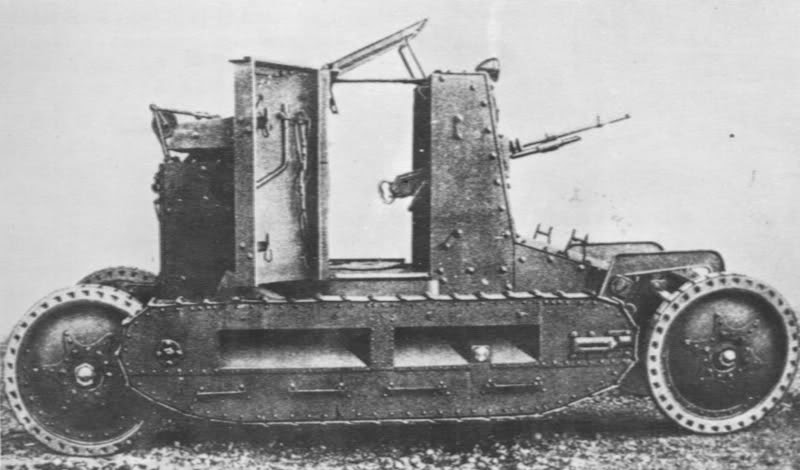 St. Chamond Chenillete M-21
designed in 1921 a mechanical device that attempted to use two sets of interchangeable traction: wheeled and tracked. Such exchange theoretically could be performed in 10 minutes, but always from the outside of the carriage.They were built between 9 and 10 units in 1922. As the French Government was not interested at all for these cars, sold all foreign governments in 1923: 3 to 7 to and . The rudimentary car was unsuccessful in any event, and soon were scrapped in their countries of arrival and / or returned to .

In ...
On August 5, 1923, reached 7 units of Chenillette to . The first task was to move them to Dar Drius. In the course of 75 Km, one of them broke down and was towed back to . The other 6 reached their destination, but all suffered mechanical damage. In Dar Drius, Captain José Alfaro checked over the machines and made his report. The results were painful: first, only two were found to be operational units. The engine did not have an access door, so we had to remove the entire car to access it. No frontal or side peepholes, only for the driver. Although undoubtedly the most surreal failure was the fact that, since the driver sat at the front with his open vision port, any bullets fired could get directly into the tank, and in most cases reached and inflicted injury to the crew member .
His subsequent fate is unclear, but none mentioned in the official records of the Army since 1924, so it follows that they were withdrawn. The most accepted theory is that two units were scrapped in Morocco, and the rest were returned to .
Posted by Richard B at 07:31