Horse tow for infantry guns/lt AT guns
Both EWM, these can join any of my French units from 1920 to 1943
Gun tow
(I added the pick & shovel and sack to the horse tack) 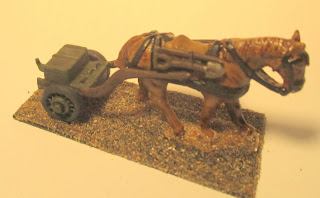 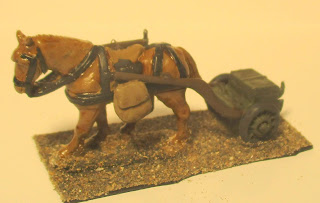 Trailer
This is the vehicle trailer, i scratched the tack together, the horse is Imex

You`ll have to imagine a towed gun and horse holders

Juin`s XIX Corps held it`s only mobile reserve at Hir Moussa, this included 4th squadron of the Garde.
Now when i initially found this I assumed they were motorised, turned out they had bicycles - d`oh!    Now no-one does French motorised troops on bikes so I had to improvise.
Various EWM Danes and Frenchmen all head-swapped, some other minor alterations plus I`ve added stowage to the bikes, the loose bikes are Raventhorpe 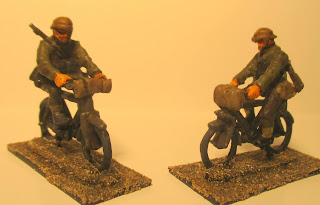 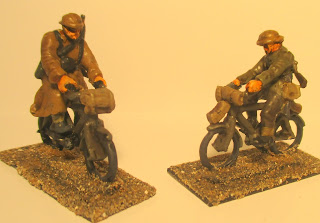 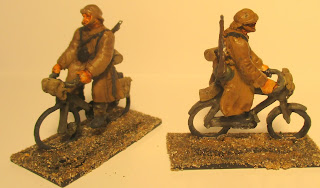 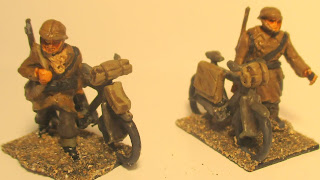 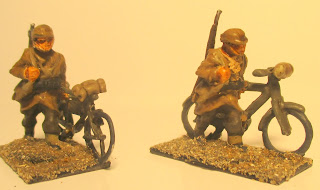 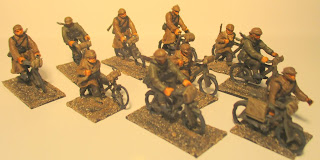 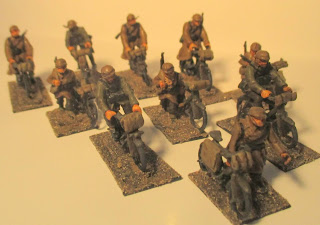