These Moroccan soldiers served with the Spanish Army of Africa with distinction, they were first formed into units (batallon Indigene) in 1911. When the rebellion began in 1936 large numbers were flown across the Mediterranean by German aircraft to assist the Nationalists in their fight against the Republic. The Moroccan troops became feared for their skills and viciousness in combat, being brought up in the harsh environments of the Moroccan Mountains meant that their field craft was far superior the your average Spanish peninsula soldier or International Brigade volunteer.

I`ve taken these directly form my Rif War set-up, just touched up and repaired any damage.

The figures are mainly Bandera, Irregular and Tumbling Dice, but there may be others odd`n sods among them. 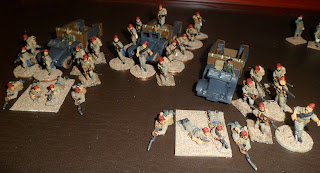 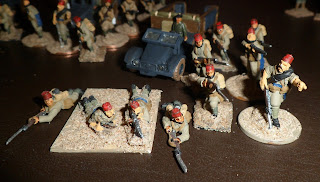 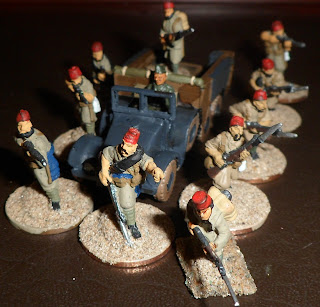 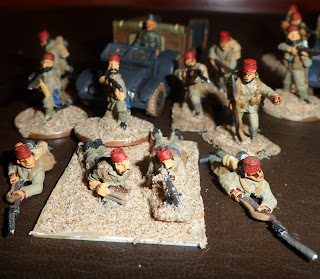 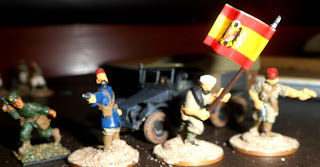 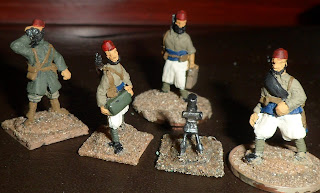