As always when we go out to Spain I take some stuff out, as part of this load was the more recent finished painted figures including those various Tumbling Dice additions for my Mexican Revolution project. Whilst putting everything in its correct box in the wargames cave, I took the opportunity to list and count that part of the collection.

These are a mix of Federal line infantry and cavalry plus Rural Corps and Colorados, I have to be honest, I`ve played pretty fast and lose with some of the uniforms as I`ve used some from earlier periods (1900-1910) just for fun. 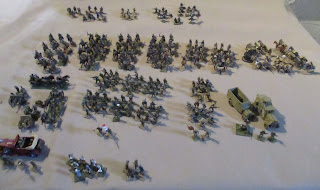 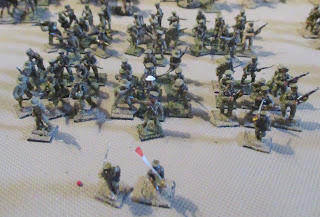 2 companies (30men each) of Federal infantry 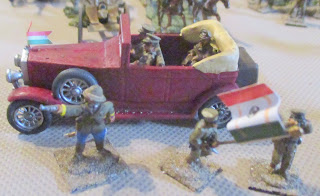 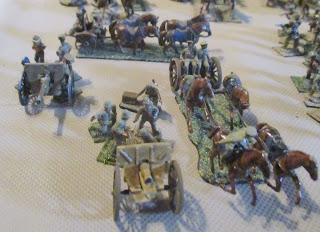 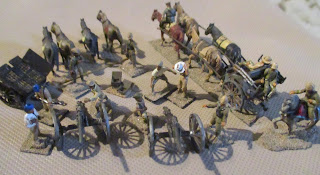 2nd battery 2 x 70mm
The guns here are scratched together, the carriages are from Hat Gatling guns and the guns PSC Pak38s with a very mixed crew :) 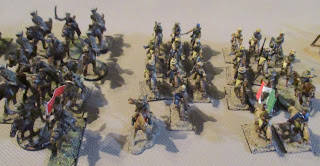 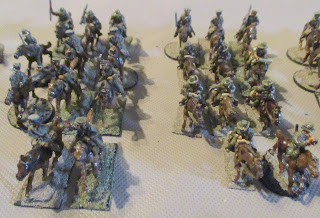 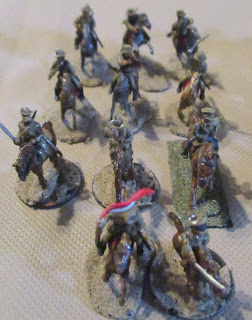 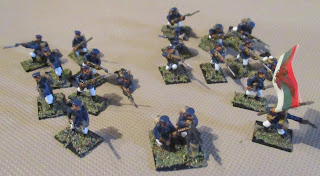 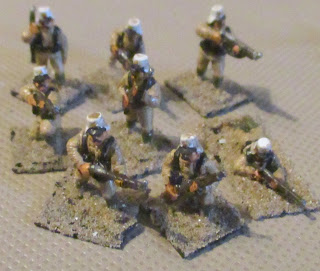