My initial plan was to create a three-sided game: Federals/Villaistas/Americans
But as the project has grown, I will probably be forced to fight one against another - Federals vs Villa OR Colorados vs Madero OR Villaistas/bandits vs US forces and of course the Federals also fought the Yanks also in a couple of historic engagements too so the choices are quite wide.

For those of you old enough to remember I wrote an article of Pershing`s expedition into Mexico after Pancho Villa for The Journal (later published by Miniature Wargames too).
The period is fascinating from an American military standpoint as this was the first time they tried motorised transport and air reconnaissance. During one of the actions was also the first time US troops advanced supported by machine guns too.

A mix of figures and manufacturers: IT Miniatures (now available through Frontline), Tumbling Dice, EWM, Jacklex plus a few Airfix plastics 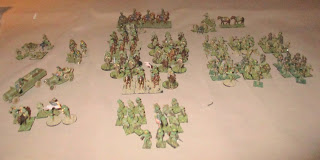 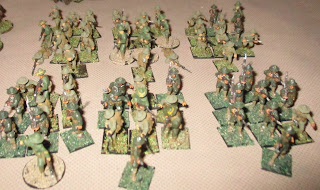 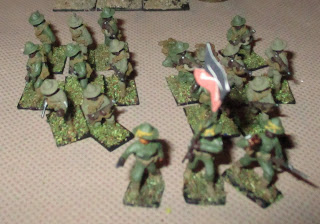 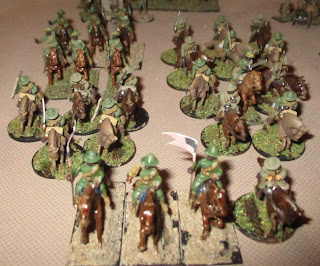 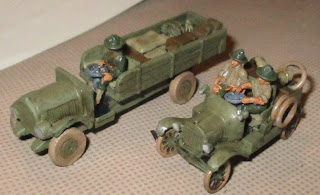 Motor transport unit
The truck is from Irregular Miniatures (WW1 truck), the Model T is EWM 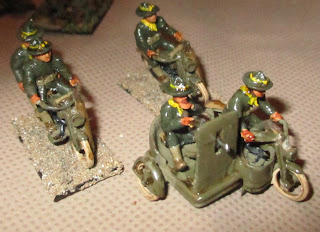 Platoon of the Provisional M/C Company
Models from EWM 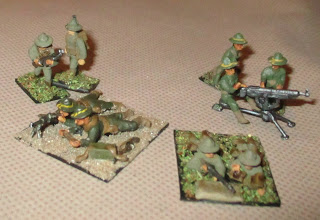 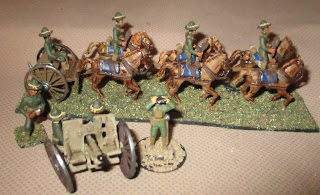 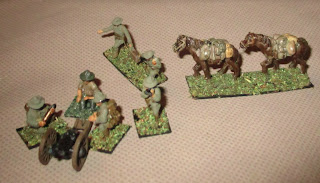 Cannon Company 6th infantry
Gun by David Reasoner
Posted by Richard B at 07:49