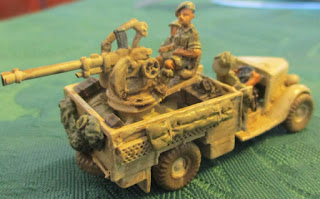 Now whilst I enjoyed the build and as a model it was OK it always seemed to me that the Breda Britannia Miniatures looked way too large, in fact Andy`s own Grubby Tanks Breda is to my eye a better scale piece and I had planned to do a swap at some point. Then you will remember i bought those di-casts before Christmas and the 30cwt Chevy came with a nice 20mm Breda 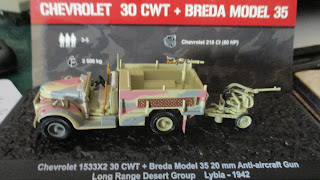 So I swapped out the gun and replaced the two Raventhorpe crew with suitable (smaller) plastic figures from the bits box -  one a Matchbox Australian Vickers gunner, the other a Matchbox DAK MMG gunner with a Airfix 8th Army head :) 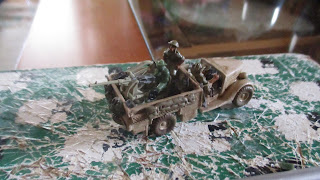 Much happier with this 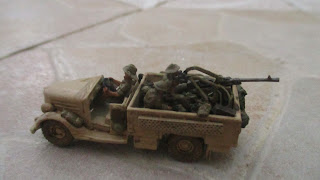 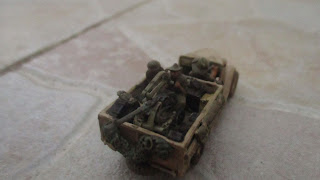 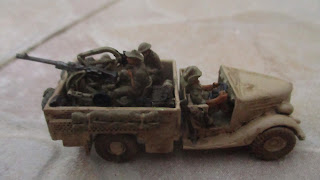 Now waste not, want not, I scratched together a tripod mount, used the wheels I removed from the towed gun, head-swapped the original Raventhorpe gunner and painted up a couple of plastic Italeri Italians to create a ground deployed Breda and crew for my Italians too :) 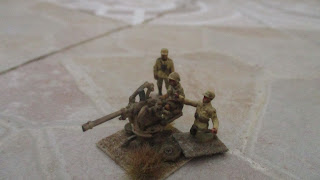 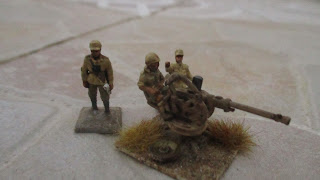