Now I was a customer of Tom`s Tins (who are now EWM), Tom always did interesting and different kit from the norm which was right up my alley as I like odd and different! Paul has taken the range and expanded it (of course adding some of the old Skytrex range as well), I understand Tom Lobby still some sculpting!! I saw this advertised on the EWM FB page and ordered it straight away, the model is a one piece plastic/resin cast with some  white metal parts (I added some stowage too) the crew are really nice the Bren team particularly nicely sculpted, they come with Aussie bush hat or helmet heads - I used helmets so the vehicle could be British or Aussie as required. 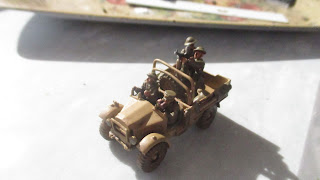 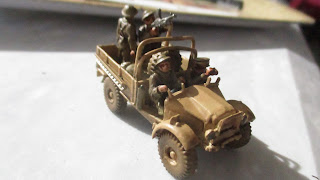 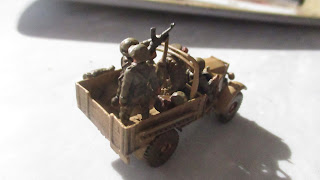 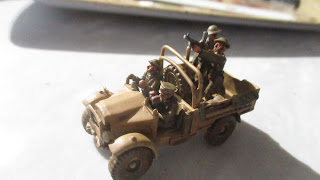 After some new info came to light about the allied blocking positions in the Lower Dorsales in Tunisia during the German offensive in January/Feb 1943 I found I needed an extra 6pdr - now as it happened I had just found one in among some stuff I got of John (Bannockburn Boy over on the SOTCW forum) when he was having a clear-out a few yrs back.

To be honest I probably don`t need the crew (and they are pretty awful by todays standards), but what the heck, its my tabletop. 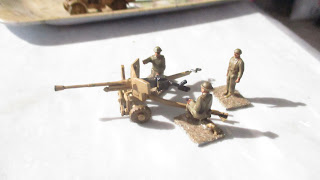 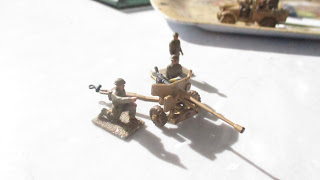 Playing in the garden (again) 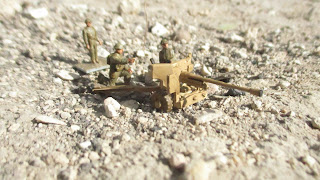 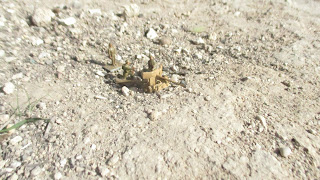 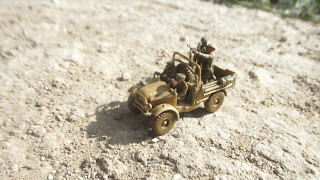 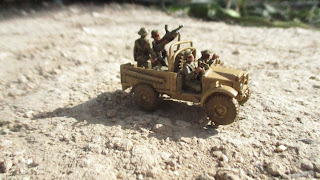 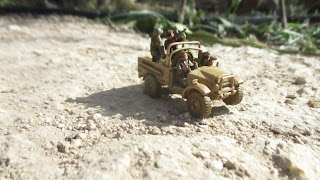