Aircraft and the Mexican Revolution

Aircraft and the Mexican Revolution

This article was originally published in the SOTCW Journal but was too dry and technical to interest the wargames glossies.

The success of the Wright brothers and other pioneers in the attracted considerable attention in . In 1908, Alfredo Robles Domínguez published his Tratado de locomoción aérea (Treatise of Aerial Locomotion). In 1909, the Sociedad Impulsora de la Aviación, (Society for the Promotion of Aviation) was established in . On January 8, 1910, Alberto Braniff successfully made 's first flight – all 500 meters of it, in a 60-horsepower Voisin biplane, taking off from the Balbuena field in . Alberto Braniff was the son of industrialist and railroad entrepreneur Thomas Braniff. Alberto was sent to study in , which is where he learned to fly and where he acquired a French built airplane which he subsequently brought back to when he returned. The family of 's pioneer aviator owned a home in ,

was the first Latin American country to make use of aircraft in warfare. A single aircraft flown by mercenary pilot Captain Hector Worden flew observation (there is some sources who claim he flew bombing missions too) for Maderista revolutionaries as early as 1911.

A  Bleriot XI monoplane was demonstrated to President Porfirio Diaz, shortly before he was overthrown.

In 1911, Francisco I. Madero became Mexican President. He became a visionary supporter of aviation. On November 30, 1911, President Madero took a short historic flight in a Deperdussin airplane, thereby becoming the first Chief of State in the World to have flown in an aircraft. He was inspired by having witnessed, in March 1911, an international air show, the Moisant International Aviators–with its impressive display of flying.

President Madero took office at a time when the nation was in turmoil, right at the beginning of what would later be known as the Mexican Revolution. Appreciating the potential intelligence gathering role of aircraft, Madero decided to acquire some planes. He sponsored five young Mexicans to travel to , , to train as pilots at the . The "Famous Five" were Gustavo Salinas Camiña, Alberto Salinas Carranza, Horacio Ruiz Gaviño and two brothers, Juan Pablo and Eduardo Aldasoro Suárez. Gustavo Salinas Camiña (1893 - 1964), who received his first commercial license (number 172) from the Aero Club of America at Flushing Meadows, , in 1912, was soon to write his own page in aviation history.

The five young pilots completed their mission and returned to . Following a coup d'état in 1913, General Victoriano Huerta claimed power and Madero was assassinated. Huerta planned to send a further 31 pilots to for training, but these plans were stalled by the outbreak of WW1. 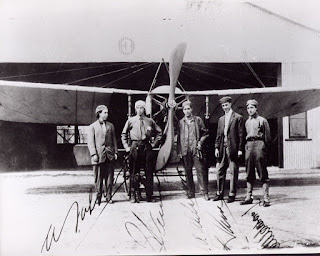 Madero’s supporters and other groups (Pancho Villa in the North; Emilio Zapata in the south West and General Venustiano Carranza in the North east, rebelled against Huerta and his followers, starting the revolution all over again. Three of these Constitutionalist armies had flights of aircraft – 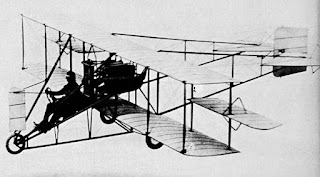 Most of the pilots were mercenaries, mostly American, but some Europeans too.

The various factions mostly used their aircraft for observation and reconnaissance; but simple bomb racks were soon developed and aircraft were used in an offensive role too.

Towards the end of July, 1913, the French aviator Didier Masson flying a Glen Martin pusher launched several bombing raids against Federal gunboats off Guaymas; this incident was reported both in the New York Times and in the logs of both the USS Pittsburg and USS Glacier

In April 1914, one of Obregón's gunships, the Tampico (which incidentally was one of the ships attacked by Masson back in July 1913); was sailing off the coast of Sinaloa, close to the port of Topolobampo (near Los Mochis), when it came under attack from two Huertista warships: the Morelos and the Guerrero. Obregón ordered Gustavo Salinas Camiña (later in the 1940s head of the Mexican Airforce) to do something about it. On April 14, accompanied by his mechanic Teodoro Madariaga, flew , his Glenn Martin pusher biplane, overhead and began bombing the Guerrero. The Huertista warships put out to sea, and the survived to fight another day. 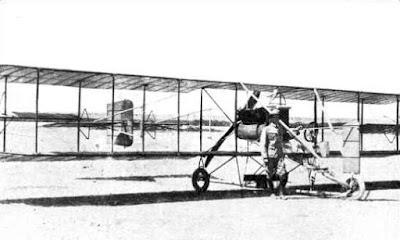 Carranza’s government set about the establishment of an Air Arm as an integral part of the new Constitutional Army. And although the war in Europe cut off external sources of supply, both a flying school and central aviation workshop were set up at Balbuena, near in November 1915 using all surviving aircraft.

With surprising ingenuity the Talleres Nacionales de Construcciones Aeronauticas set about the development and production from Scratch. In 1916 the TNCA Serie “A” tandem two-seater bi-plane trainer, powered by the Mexican developed Azatl air-cooled six cylinder radial engine, entered production, considering the fractious nature of the country, an air-mail service was started in July 1917 using these aircraft. 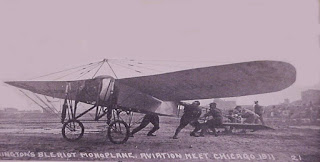 Further developments followed including: the TNCA Serie “B” trainer; the Serie “C” lightweight single-seater fighter; the Serie “D”, “F” and “G” derived from Beliot and Morane-Saulnier designs; ten examples of the locally designed Serie “E” sesquiplane ( a biplane having one wing of less than half the area of the other) and finally 15 examples of the Serie “H” two-seat parasol monoplane bomber. By the end of the revolution in 1920, Arma Aerea de las Fuerzas Constitcionales had approximately 50 locally built aircraft. 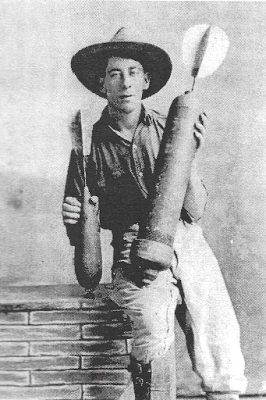 Following Pancho Villa’s murderous raid on , on March 9th, President Wilson ordered General Pershing to pursue the bandits into proper. Pershing’s force was mostly cavalry, for the fist time in US military history they had motorized transport, a few new armoured cars and of course aero planes.

1st Aero squadron had been formed within the Army Signal Corps under the command of 1st Lt. Thomas DeWitt Milling.  Eight aircraft were assigned and a small group of pilots, mechanics, administration and logistics staff and others were brought on.  By December, the formal organizational chart had been defined, dividing the squadron into two companies of four aircraft each, commanded by eight officers and supported by 45 enlisted men.  Initially, the 1st Company of the 1st Aero Squadron had four Burgess Model H biplanes, while the 2nd Company had a mixed collection of Curtiss aircraft — a Model D, Model E, Model G and a fourth Model E that the 2nd Company assembled from spare parts that had been provided to support the other aircraft! 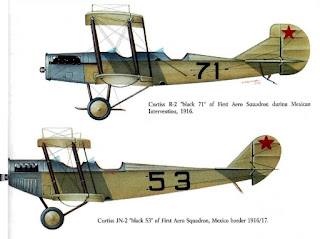 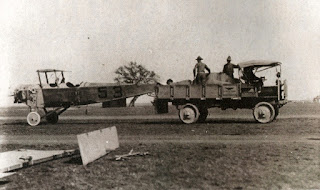 By 1916, the squadron had retired its Burgess and Curtiss planes and acquired newer, better aircraft.  The unit was now flying the new Curtiss JN-3 Jenny, with which they had checked out just four months before after a disastrous attempt to upgrade to the earlier Jenny model, the JN-2.  Even the Curtiss JN-3 Jenny was underpowered with just 90 hp and as a result had trouble climbing higher than 10,000 feet.  Nonetheless, it was a significant upgrade.  Based out of in , the squadron had been doing work along the Mexican border on a number of short and long term deployments to , and .  It was under-funded, inexperienced and ill-supplied and under the Army Signal Corps, which considered aero-planes to be less interesting than signals, radios and flags. 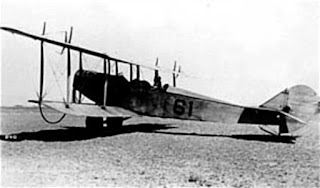 Frankly the aircraft was ill-suited for the climate and rigours of the operation; the first arrived on March 16th, but by April 20th only two were capable of operating and the whole squadron was withdrawn.

Maj. Gen. Pershing wrote to his superior officer, Brig. Gen. Frederick Funston his complaints about the lack of effectiveness of the planes:

“[T]he aeroplanes have been of no material benefit so far, either in scouting or as a means of communication.  They have not at all met my expectations.  The further south Villa goes into the mountains the more difficult will be their tasks, and I have no doubt we shall soon be compelled to abandon them for either scouting the enemy or keeping in touch with the advance columns.”

They did re-equip with better planes – Curtiss N8 and eventually the new R-2 bi-planes and return to help Pershing. But once again the climate proved a huge obstacle to the aircraft reliability and maintenance became a major issue once again. Although the 1st Aero Squadron effectively failed in its mission the lessons learned during the brief campaign were later put to good use once the entered the war in Europe and it was the 1st Aero Squadron who were the first US Army pilots who went over to .

Wargaming with aircraft in Mexico

As we can see there is some limited scope to include the odd plane over our Mexican wargames table. Planes were few and their effects minimal, but the odd low level bombing run or a circling “eye in the sky” could add something to a game. The commander with access to an aircraft (or two), could in effect watch his opponents movements and be able (with a short delay) move his own forces to counter-act those moves. The pilot could drop messages to out-lying or distant units - don`t forget the limited communications meant units could get lost in a battle, how useful would it be to first find them and then send an order in this way! Early aircraft were vulnerable to weather and this should be taken into consideration during any game; mechanical reliability and maintenance would also be major issues.

I built this "pusher" bi-plane using a Avro Pusher 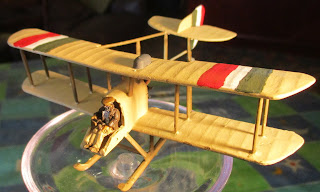 whilst these early aircraft could not carry any serious bomb loads, simply the noise and a flurry of cast-iron granadas (grenades) or dynamite may well cause panic among a surprised enemy.

Aircraft need maintenance, fuel and spare parts these were usually carried (at least in the revolutionary armies) on trains. The aircraft too were usually transported over long distances on these trains. These incredibly valuable military assets would therefore make excellent objectives for one off games.

Notes on the Mexican Army 1900-1920 by The South and Central American Military Historians Society
Documents of the Mexican Revolution by J. Hinds

The Incident: The Punitive Expedition by Steve Fruitt

The Mexican Revolution 1910-20 by P. Jowett and A de Quesada

The General & The Jaguar by Eileen Welsome

Battles of the Mexican Revolution by J. Hinds

The Hunt for Pancho Villa by Alejandro de Quesada