A few years back when my Rif War project was in overdrive, I decided to give the Spanish a small navy - a armed gunboat, some landing craft and light boats. Being a lazy modeller I decided to just modify and re-crew the Britannia Minaitures - "WW2 Germans Armed Trawler". 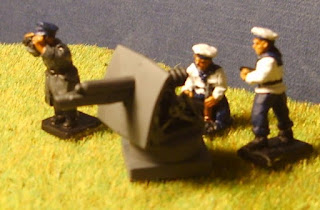 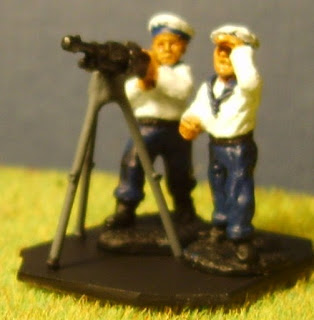 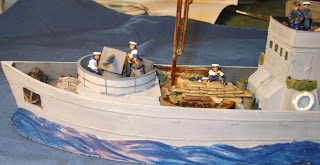 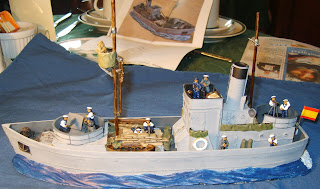 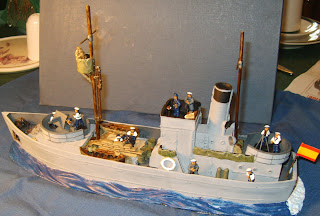 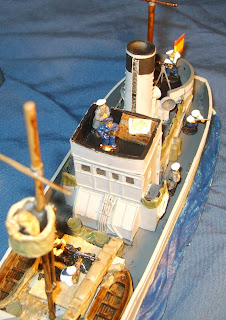 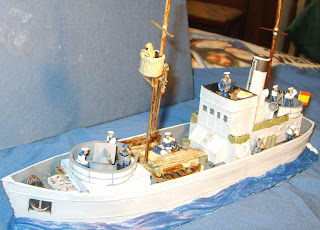 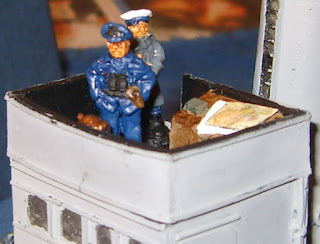 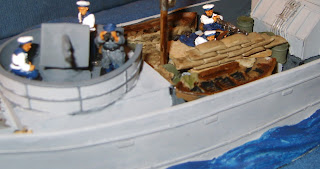 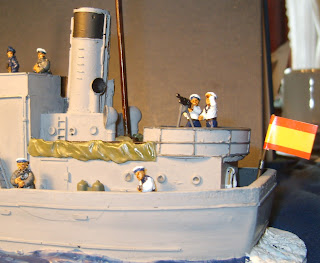 El Tiburon - The Shark,  is crewed with various Kelly`s Heroes - Soviet Naval Marines or Kreigsmarine, with minor conversions (the AA Hotchkiss and tripod mounted Hotchkiss), the 3" gun was made up of various bits. 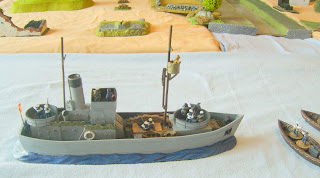 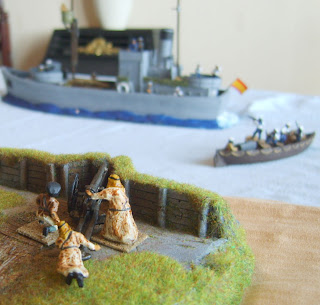 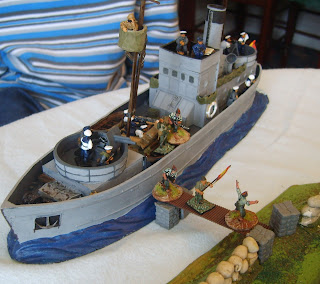 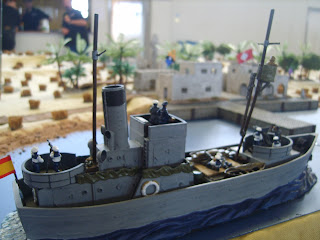 I now find myself in need of a ship for a one-off WW2 game - The landings at Safi in Algeria, November 8th 1942.
I came upon the idea of just re-crewing El Tiburon, so her she is in here new guise - USS Bernadou 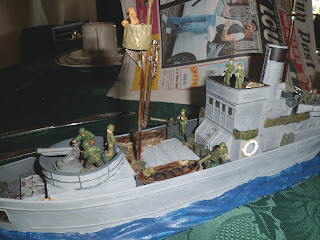 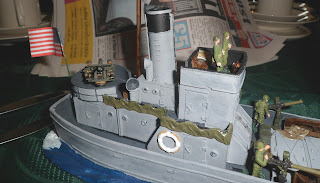 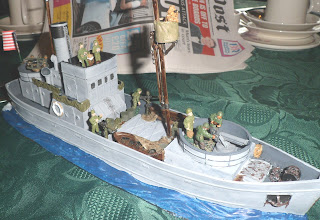 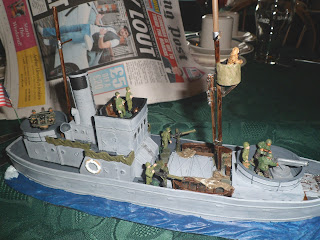 The 40mm Bofors (in the rear bandstand) came straight off my GMC 6x6 SP Bofors (borrowed for the one scenario), the main gun is a Raventhorpe pack 105mm as are the two .50cal water-cooled AAMGs. Various crew just for the scenario, does the job.
Posted by Richard B at 11:11