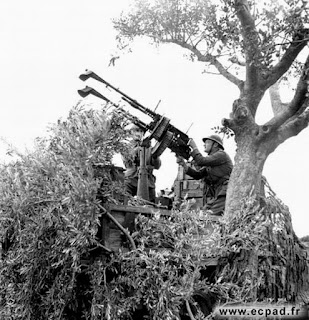 An interesting pic off the internet (also in Leygat`s Campagne de Tunisie) of a twin 7mm Hotchkiss AA gun.
Note the two guns are off-set and the large belt drums and flash supressers. 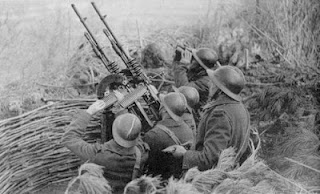 Another pic of a similar set-up (this time on the French border early in 1939 or 1940)
Note these guns are strip-fed! 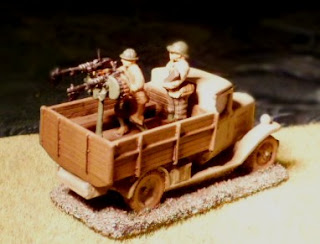 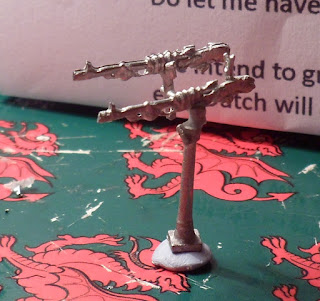 My version, showing how I build the twin gun and mount, the gun and crew are a sabot and can be removed from the from the Raventhorpe "Ready to Roll" Citroen 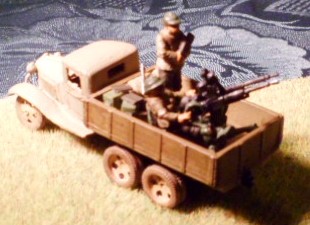 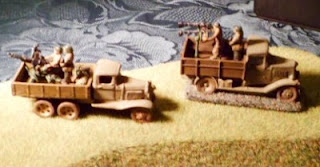 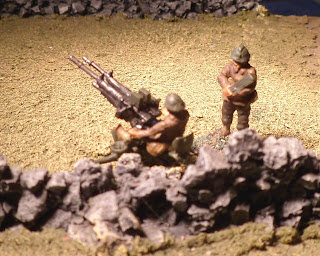 Another EWM twin 13.2 with crew deployed this time