Now i`m the first to admit our games are not the most visually stimulating and my figures, kit and terrain not of the highest quality........ Sad but true, but I am slowly trying to improve this (very slowly). This week I`ve completed a few odd bits of "filler" terrain items.

The fire/sheep is from Retrokit, 30x30 base, bit of cotton wool

A parcel arrived this morning with some 28mm Askari Miniatures 1920s Spanish Foreign Legion (a gift from Jon Smith of Blaze Away Miniatures in Australia  :grin: ).Now I don`t usually do 28mm (frankly my painting can`t do them justice), but I have a small Rif War set-up, so will find a home for these

Whilst checking out my Spanish force, to see where these would fit in; I noticed there was no command element, so I`ve built one -Mounted on a 30mm washer.The officer was infact French before I head-swopped him

Based on various internet pics. Some of these served with Pz.jr.Abt 39 or 21st Panzer in TunisiaNow I hadn`t built a metal kit for ages and this was a challenge in itself

. Some added stowage, the crew are a mix - SHQ, AB and MMS

3" mortar team, the crew are various Combat Miniatures gun and mortar crew with some conversions and head-swops

A huge part of what I get out of my hobby is building odd and unusual units. The planning, modelling and painting (none of which as you`ve already seen is anyway top class) is what I`ve come to enjoy.
I found these pics on my harddrive and thought I`d post them up here. 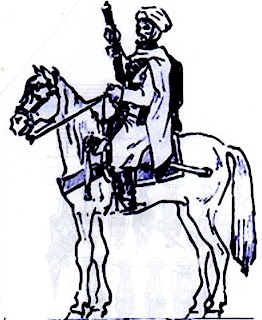 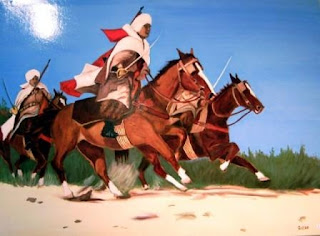 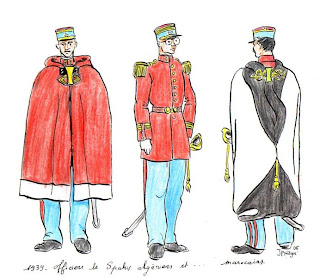 Now the options for these troops are very limited among commercial ranges, in order for me to build a unit I needed to think "outside the box".
I built two troops enough for a complete squadron within the rules we use. 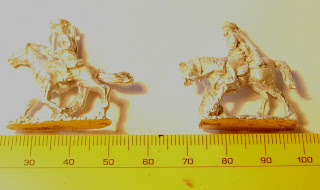 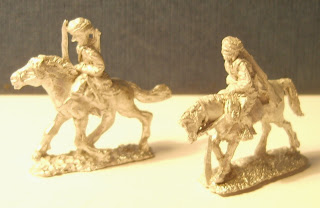 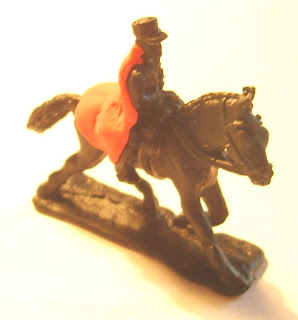 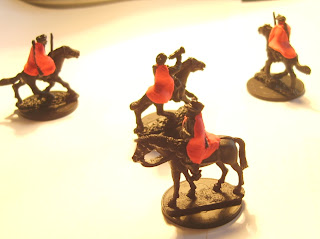 After basing and undercoating, my next job was to add cloaks to each figure, I did this "old school" using that old modelling favourite - Plasterscene. I tried my best to create a unique cloak to each figure. 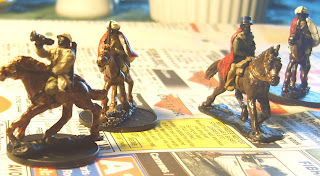 After the modelling was completed I once again undercoated everything before painting, in my usual fashion of colour blocks and detailing. Until I`d finished - 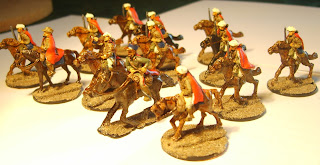 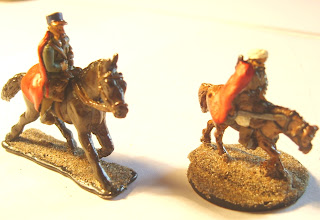 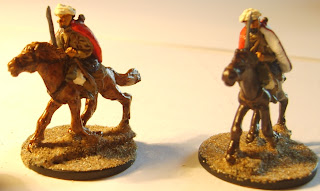 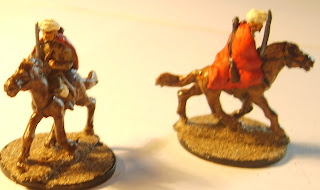 Now I`m very happy with the look and they are different and unique to my collection, but I got thinking they look to "cloned", so a few months after I finshed this batch I began to look around for other suitable figures to convert into a second troop.

Tom`s Tins (now Early War Miniatures) Spahis. These are kitted out for Europe with greatcoat and Adrian Helmet. There are two rider and two horse poses, the horses are particularly good as they are tacked "colonial" fashion. you also get loose scabarded rifles and swords to add as you wish. 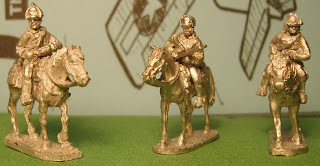 Combat Miniatures Chinese (or could be winter Japanese?) for Manchuria 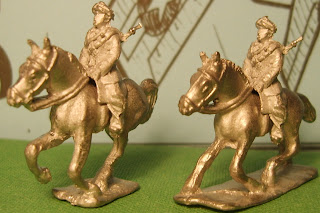 Raventhorpe Spahis trooper with their two variants of horse 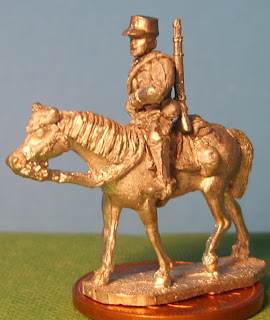 First conversion, one of the Combat Chinese with new head (Raventhorpe again!) and added slung rifle

The EWM Spahis now with turban heads (much better IMHO) 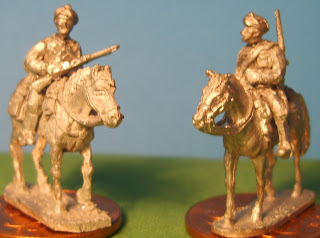 The other two Combat Chinese with turban (actually Rexa) heads, came out quite nicely. 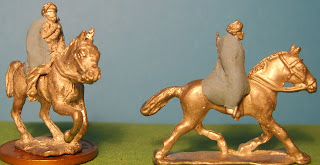 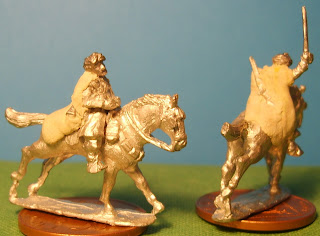 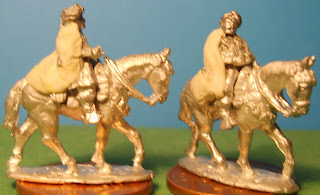 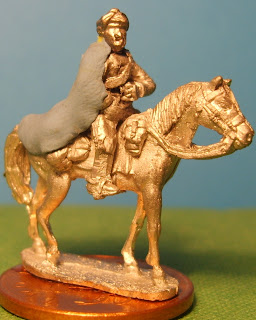 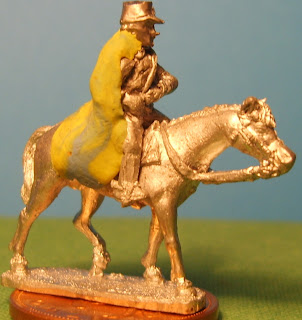 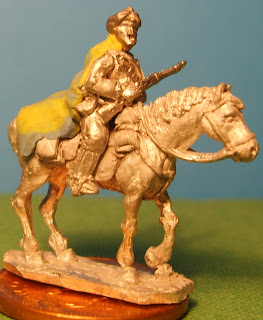 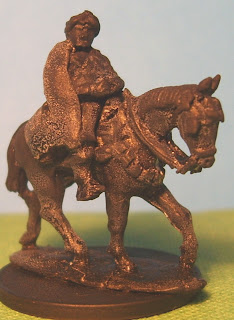 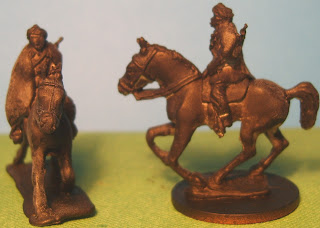 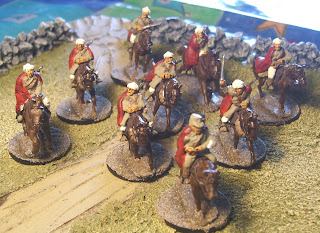