As soon as I saw the basic sketches for Minairons proposed release of SCW militiawomen I already had a plan to possibly convert some (or all) the pack for use as Mexican Soldaderas. The part played by women during Mexico's various wars of liberation and revolution was huge and is vastly under-rated by most historians (and wargamers). The women followed their men into battle acting as both commissary and  medical services, neither of which were organised on more than a very basic level even within the Mexican Federal Army, let alone the rebel/bandit groups. 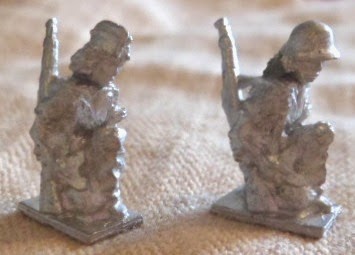 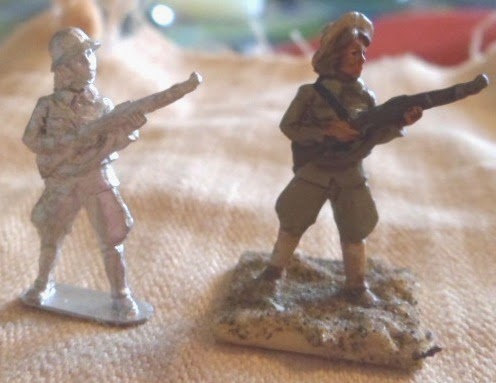 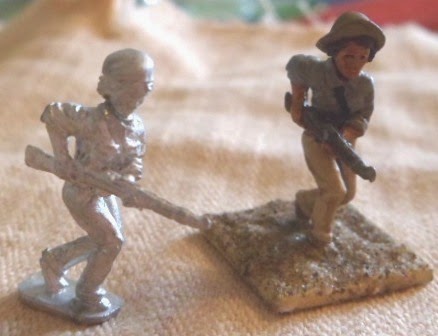 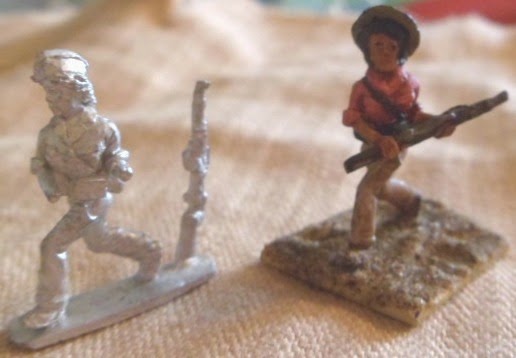 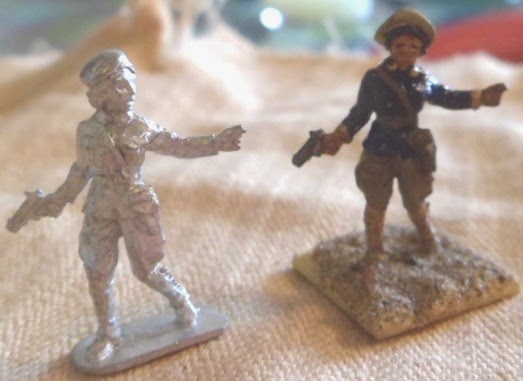 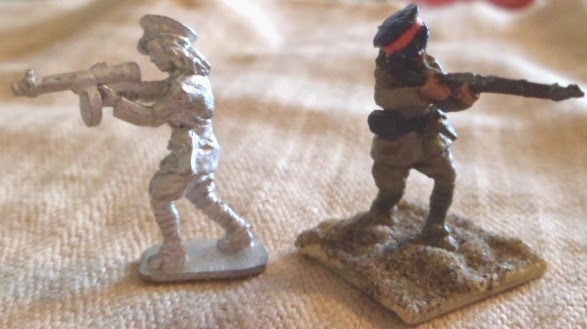 Now SMGs were unknown in Mexico (pretty rare in Spain too), so i modified this figure, snipping away the SMG and adding the rifle. 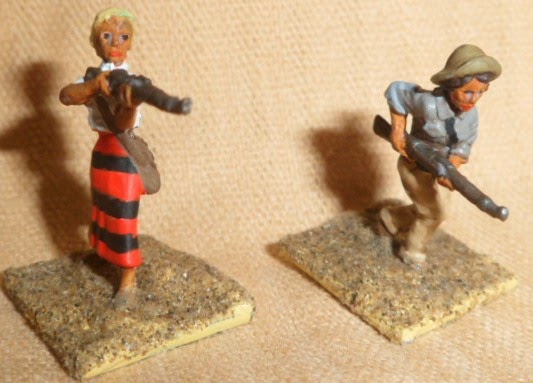 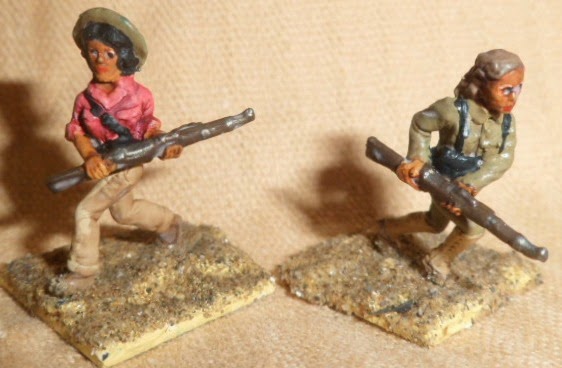 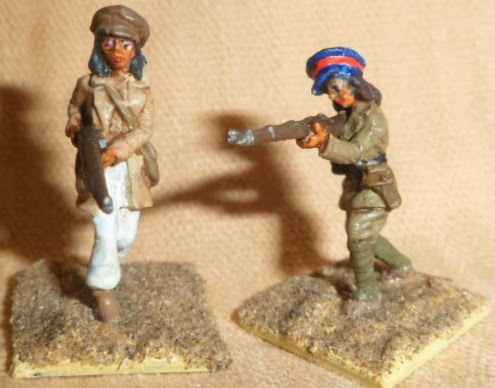 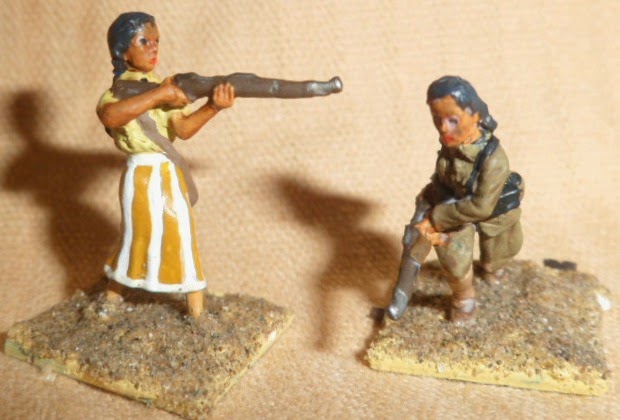 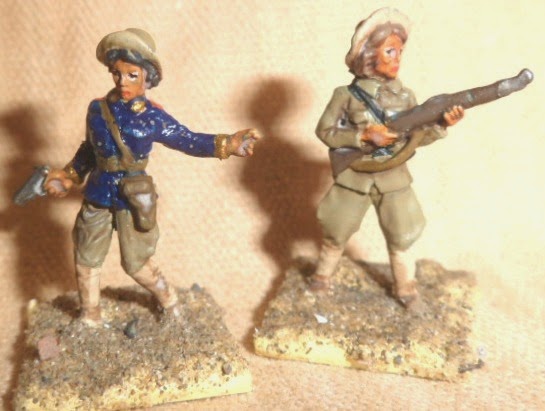