More of that lazer-cut terrain stuff from Blotz Terrain

Victorian walls with iron fences
Figures and vehicle for scale
The gateway is very clever, opens and closes. After I assembled the kits, I then based, painted everything and added the foliage. 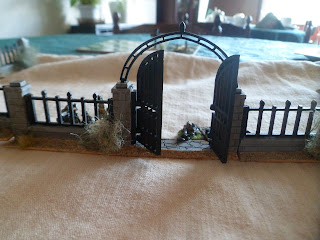 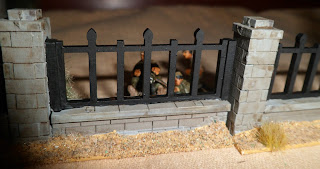 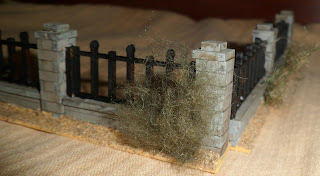 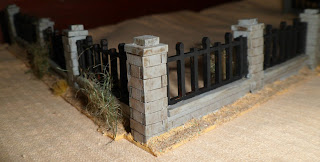 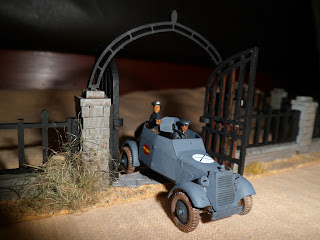 Gravestones
Based in twos (an idea I pinched off someone on Facebook), this gives a less formal look to the graveyard IMHO.
Once again I based them up and added to tufts, etc.

I found the cross in the cellar of our Spanish house and thought it would look the part. 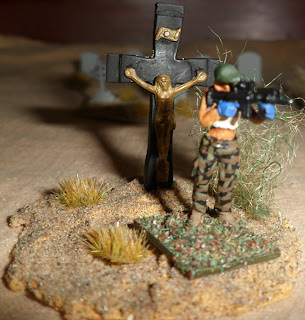 The arms race in Spain continues

An S-Models Kfz13 armoured car
Painted up as Nationalist with a crew of odd plastic figures with PSC early war German tanker berets
Now I have no evidence that these ever went to Spain, but it has an old, funky look about it and will fit in with other period stuff 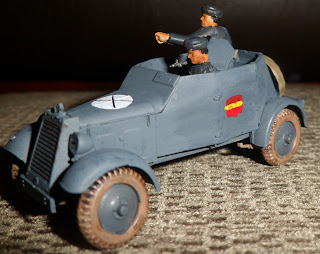 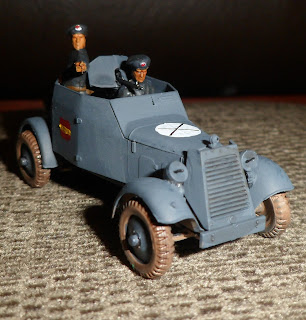 Now with all the reinforcements the Nationalists have gained over the last few months - armoured cars, transport, a PzI and a company of Regulares; I felt I needed to give the Republic some support.

AT rifle team
The gunner was a metal 1940 era German (head swapped), the No2 an Italeri Zulu War Brit (again head swapped) 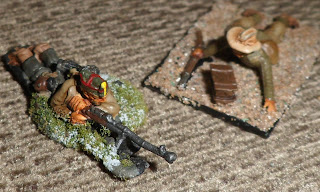 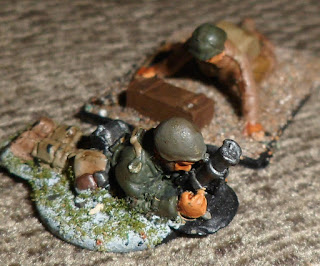 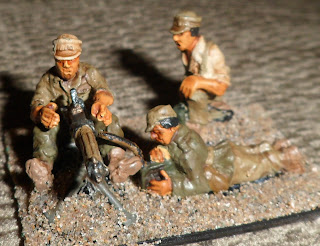 To go with the workshop and rear echelon vehicles I did earlier and last year.
A mix of Blitz and Battlefield (some oop) plus an odd very old Skytrex officer and a plastic Airfix US Airforce mechanic.

Refueling crew
The 2-barrel trailer is by Milicast 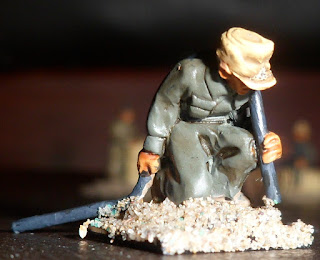 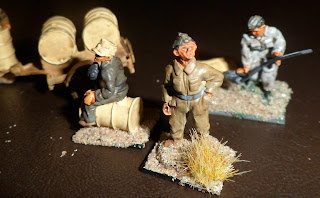 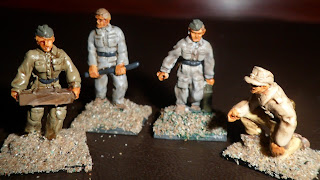 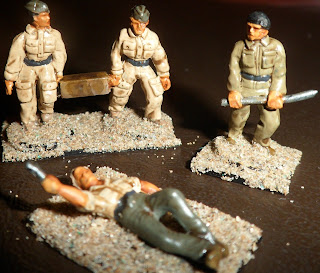 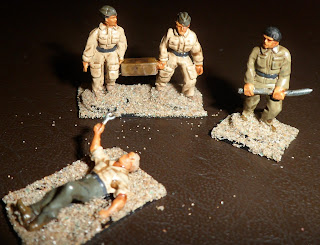 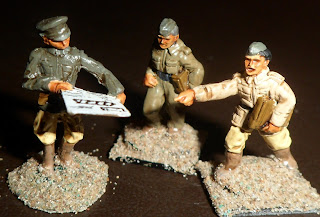 The officers discuss a bridge
(an attempt at hand drawn art) 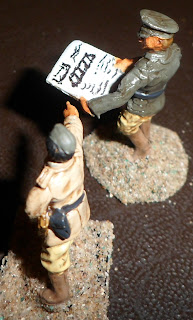