Taken from Claude Gillono`s "Panzers of Kasserine", a book full of interesting pictures. Now I usually don`t model guns in towed mode, but wanted to experiment with the composition and modelling/painting including the crew. Later when I have time I`m going to model an emplaced gun too.Sdkfz10 by Britannia (added mixed stowage), Pak36(r) is Raventhorpe, the crew are a mix of AB Figures and Blitz tank riders, except fro the driver who is Britannia with a Raventhorpe head.

A closer look at the crew

Spent a few weeks painting up transport and armour for my battlegroup, so here it is virtually complete -
Anti-tank battery with Ready to Roll Fiat Dovunque trucks (it turned out the Italians portee`d their 47mm to prevent damage)

1st infantry platoon with Minimi AS37

2nd infantry platoon with AS37 This should have been it, but I got so carried away converting figires and messing about; I have 30 painted figures left over

So I`m going to build a recce unit with motorcycles and M/C combinations and field car and a reserve platoon attached to the HQ.
Posted by Richard B at 06:09 2 comments:

Dropped through my door within the last hour – 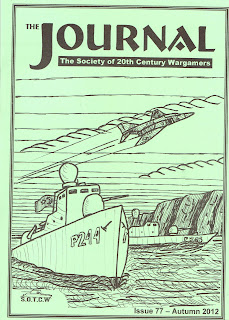 You also get all the usual review columns, letters and Rob`s Rearguard!

This issue is the first of the new sub period 13, I`d like to apologies for the delay between J76 and this issue caused mainly by a slow uptake of the re-sub. Hopefully now we`re off, the rest of the sub will run more smoothly.

I`d like to thank everyone who contributed to this issue.

Email ThisBlogThis!Share to TwitterShare to FacebookShare to Pinterest
Labels: About me, general wargames, SOTCW, The Journal 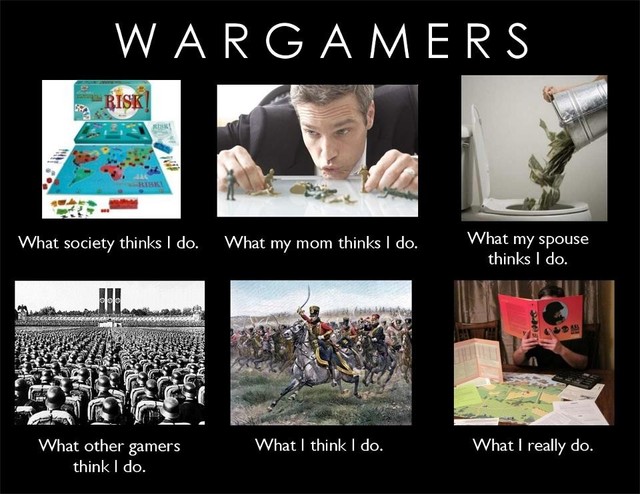 Email ThisBlogThis!Share to TwitterShare to FacebookShare to Pinterest
Labels: About me

Awaiting the last few vehicles off Ready to Roll to finish off my Italians. So whilst mooching about I finished off a few bits -1990s Spanish BMR600 from S&S

D-1 you`ve already seen, but D-2 is new. Again i built the external stowage rack - I saw a picture of a vehicle Bosnia with a bright blue cooler on its rack and just had to steal the idea:D  Brand spanking new Swimwagon from Lewis at Minimi, lovely little one-piece casting.

I added the crew, the driver is SHQ, the two rear passengers came from the Matchbox Sdkfz11/Pak40 kit
Posted by Richard B at 10:14 2 comments: