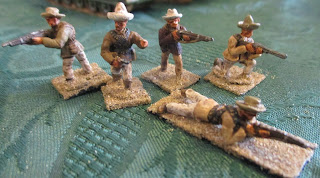 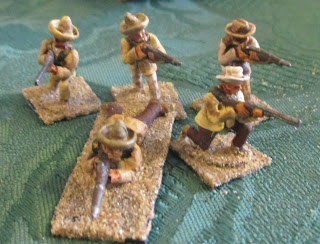 Tumbling Dice 2-wheel cart
The driver was a German from the Airfix Opel Blitz, the wagon cover is from S&S Models (one of their resin Hanomag tarps)
Of course with a different driver, this could serve in any of my early C20th forces, even WW2 Germans or French :)
The horses are seperate; so I can also use the cart as terrain filler if required 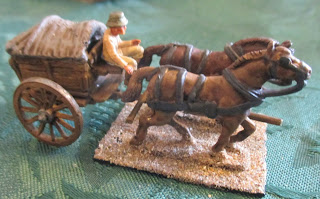 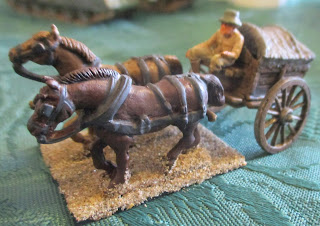 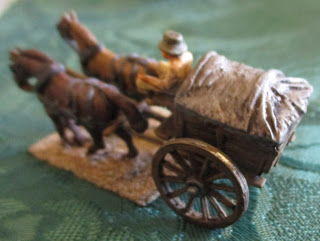 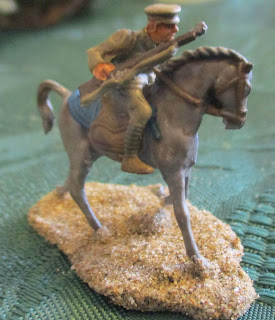 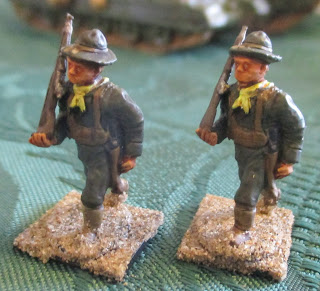 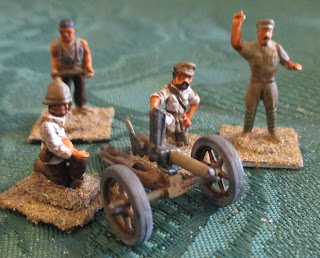 37mm (1 pdr) Hotchkiss revolving cannon
The gun started out as a 42mm size/scale Gatling gun from Irregular Miniatures, I mounted it on a 20mm carriage and added the gun shield, the crew are from the Hat Gatling gun set with Raventhorpe heads 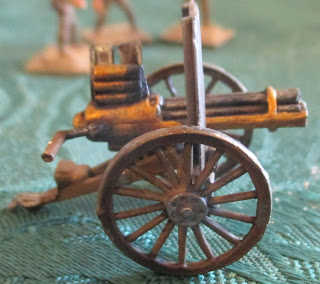 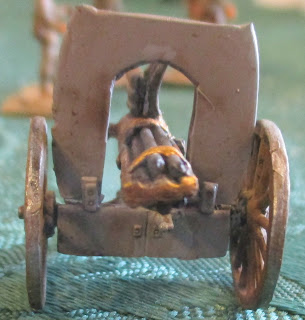 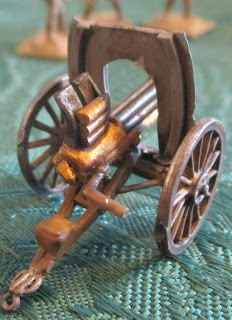