Our son Chris was taking part in a short tour of Belgium with Mumbles A Cappella choir, so we arranged to meet up with the tour group in Ghent.

Our plan was to fly to Brussels on Friday 12th August and booked two nights there before heading onto Ghent.

During our free day we explored (as you do) and came across several war memorials and things of interest.

Tomb of the unknown soldier

Originally built in the 1850s to comemorate the drafting of Begium`s first constitution designed by the Belgian artist Poelaert, the column stands 48 meters tall and is topped by a five meter statue of Leopold I by G. Geefs

On November 11th 1922, the congressional column was given a new capacity. Following in the footsteps of several neighbouring countries, Belgium also wanted to pay tribute to its fallen soldiers of the First World War. Between the two lions, the remains of an unknown soldier were buried in a burial vault under an engraved memorial plaque. A brazier with an "eternal" flame should keep the memory forever.

Later this symbolic meaning was extended to all other victims of conflict, military missions, wars and peacekeeping missions. Undeniably, the congress column of a commemorative monument referring to the origin of Belgium has now become a symbol that makes us think about the madness of armed conflicts and wars. 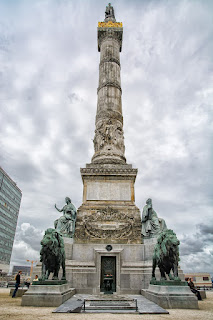 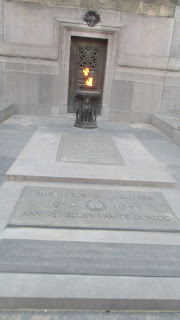 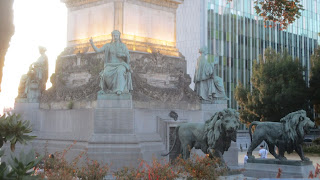 The column is located on the Place du Congrès/Congresplein; a small square adjacent to the Rue Royale/Koningsstraat in the Freedom Quarter of Brussels.
Belgian Infantry Memorial
Following the advice of a very enthusiastic tourist information worker, we walked up through the city to the Palace of Justice to get the views across the city. In the large cobbled square next to this massive building was this memorial, dedicated to Belgian infantry who died in both world wars. 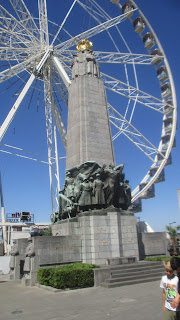 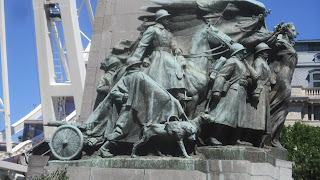 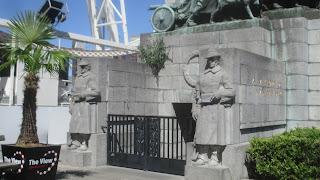 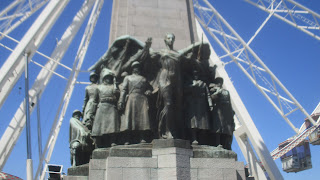 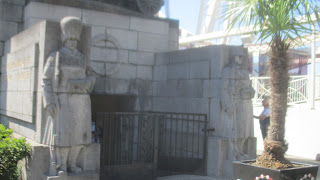 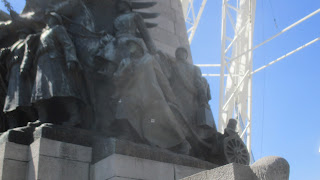 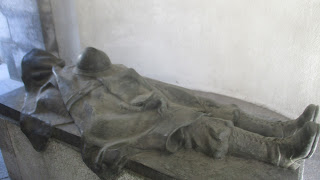 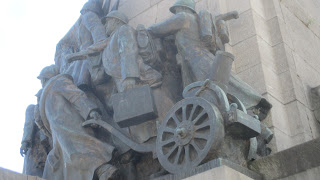 Anglo-Belgian Memorial
Situated across the square from the infantry memorial above. Dedicated to British and Commonwealth soldiers who died in Belgium 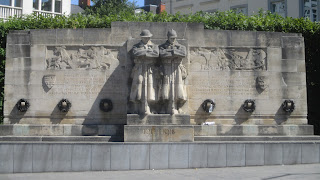 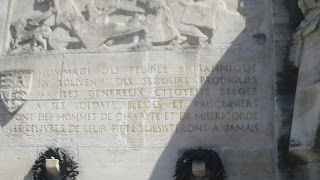 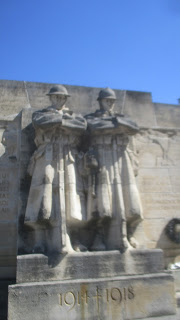 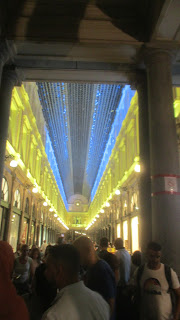 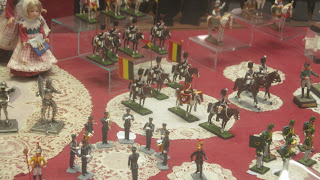 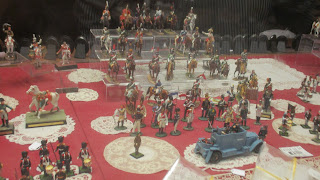 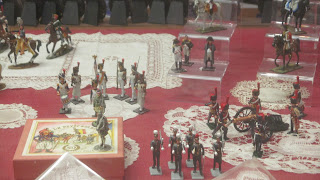 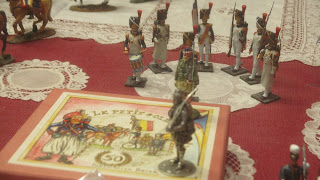 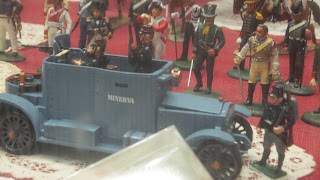 There is also the Royal Museum of the Armed Forces and of Military History, but we simply did not have the time. It is situated at Parc du Cinquantenaire 3 - 1000 Brussels
www.klm-mra.be