Managed to catch this on late night TV Friday.

David Callan (Edward Woodward), top agent/assassin for the S.I.S., was forced to retire because he had lost his nerve. Now, Callan is called back into service to handle the assassination of Schneider, a German businessman (Carl Möhner). His former boss promises Callan that he'll be returned to active status if he follows orders, but as always Callan refuses to act until he knows why Schneider has been marked for death.

What makes this movie for me is that Callan is a wargamer as is Schneider (in fact Callan uses this as an "in" to get close to Schneider). The two discuss soldiers, battles and games (briefly)  and Schneider invites Callan to his home to play a couple of games, the first a Napoleonic bash, the second Gettysburg.

These games are the gems of this film as the figures and terrain were done by the late, great Peter Guilder, who to us wargamers of a certain age - is a God among men :) 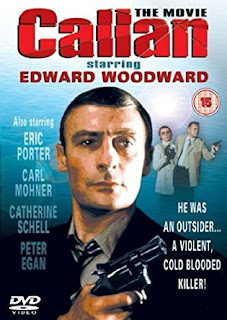 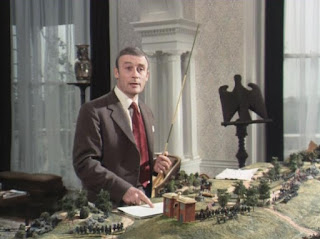 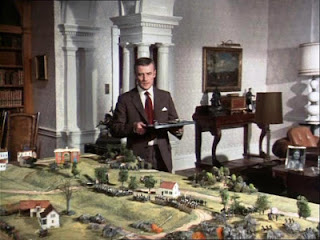 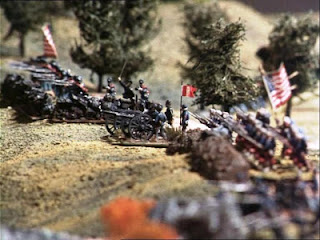 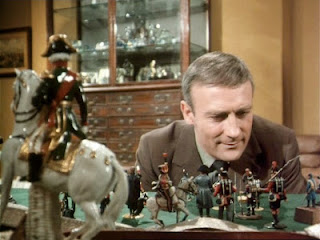 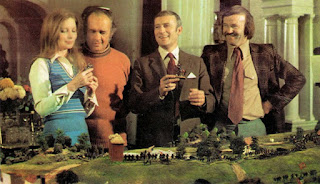 This last photo taken on the set has Catherine Schell (schneider`s wife in the movie) with director Don Sharp, Woodward and Peter Guilder obviously discussing the toys :)
Posted by Richard B at 07:28