Set in a fictional North African French colony where a local emir (Burr) has plans to take control of the areas oil and use its money and influence to get rid of the French and rule the newly created country.

De Carlo is a French fem fatale spy who uses her looks to gain access to the emirs palace and spy on him and his plans, there is also her long lost love interest who joined the Legion "to forget".

The story is OK, the acting so, so, Burr obviously isn`t Arab and De Carlo whilst stunningly beautiful, just isn`t convincing.

But the movie was filmed on location in Morocco and used French troops as extras, so you get to see Moroccan Spahis, Legion cavalry and mule companies plus mountain artillery and, uniforms and other kit - quite cool  :D

The film climaxes with an attack by the natives (a massed mounted charge) against the oil filed where the hero, De Carlo and the workers defend with rifles, dynamite mines and thrown nitro filled bottled whilst the legion rides to the rescue.

The final battle would make an interesting one-off game set during the Druss Rebellion in Syria in the 1920s maybe? 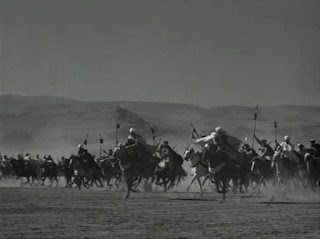 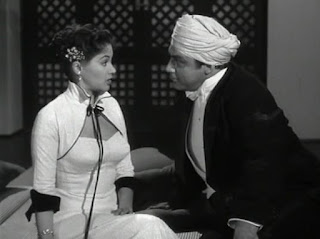 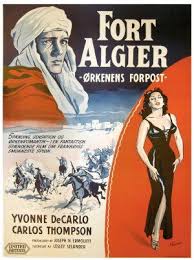