As you all know Bill Krieg was kind enough to send me a box of part-built, semi scrap and broken kits.

Well among them was a venerable Airfix Churchill, among other issues was a lack of gun mantlet, I decided this was a opportunity to try and build a Churchill NA75 - for those of you living in a cave the NA75 was a conversion built in North Africa (NA) swapping the 6pdr on Churchill IVs for the complete 75mm gun mantlet off unserviceable/damaged Shermans carried out by a team of Royal Engineers under Captain P.H. Morrell, nearly 200 such conversions were completed and the finished tanks served right until the end of the war in Italy.

Now the Airfix Churchill hull/tracks is OK, but every image I`ve seen of an NA75 has had parts of the track covers removed (I guess to allow for quicker maintenance in the muddy conditions of Italy). So rather than taken a razor-saw to what was already a patched up plastic hull, I came up the idea of switching hulls/turrets with a Britannia Mk IV (which is modelled with the track guards removed).

So here is my new Mk IV

(Britannia turret on an Airfix hull) 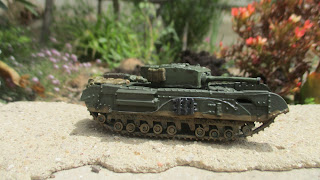 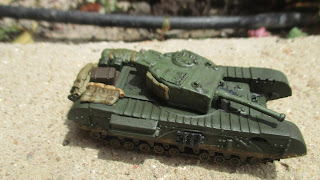 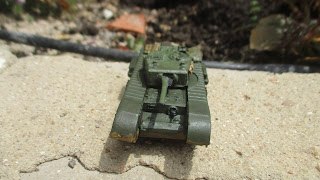 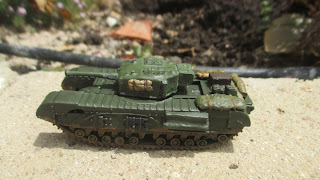 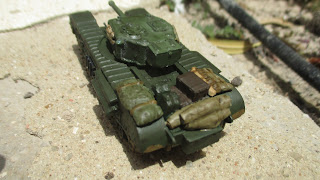 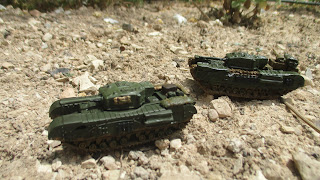 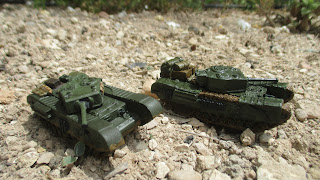 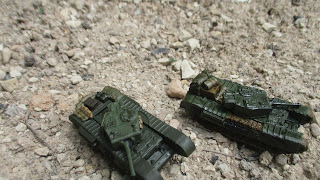 Now back to the NA75, a simple conversion with no frills - I removed the front and mantlet off a Matchbox Firefly, trimmed and fitted to the front of the Airfix turret and added stowage and that will do - she won`t win any modeling awards, but I`m quite pleased with it 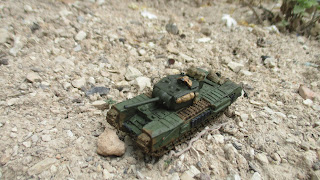 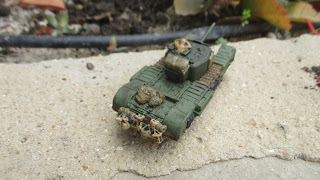 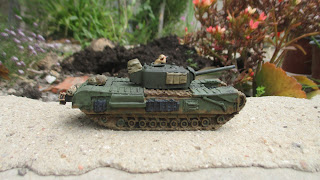 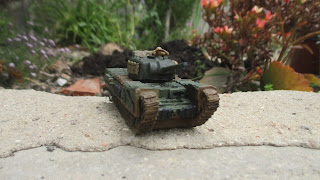 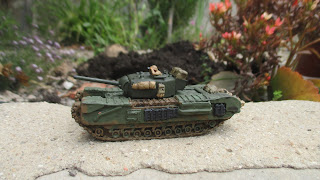