Now whilst my wargaming interests are almost exclusively 20th Century, anything historic and or military peaks my interest.

On 24/06/21 my wife and son decided we needed to go for a explore and as we were near Altea (about 30mins from our home here in Spain), Chris chose a trek up into the mountains above Calpe/Callosa.

Now i knew because I`d seen signs that there was a ruined castle, so that is where we ended up. Now the route isn`t easy if you don`t like walking along rough rocky paths and the climb in places could be taxing, but the views were spectacular and we enjoyed the masses of butterflies, wild flowers and even some wild mountain goats we saw during the trek.

The castle itself in very ruined, with only parts of the living quarters, gates, bastion and curtain walls visible. What was obvious (even to me) was it was a star fort of renaissance design. I was really confused by how far it was from the sea and how high (around 700 meters above sea level). I`m pretty sure they had no cannon which could reach the sea! I was also pretty puzzled on why you would build such a complex fort so high/far away from any possible action as there didn`t seem anyway for an enemy to bring cannon near enough for the sloping curtain wall and bastions to be required??

A few shots showing how far the fort is from the sea! 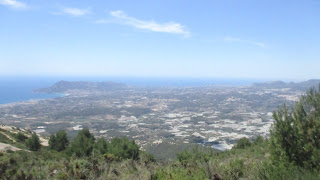 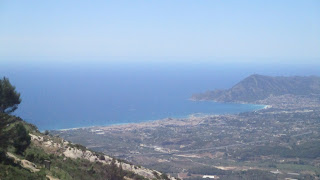 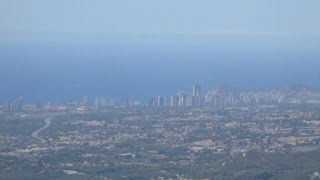 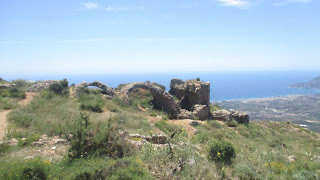 various shots of the ruins 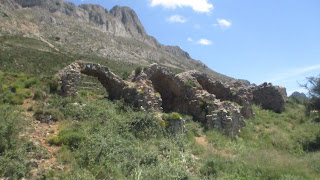 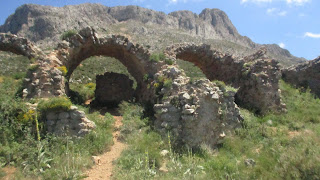 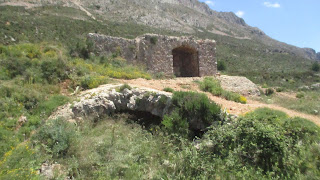 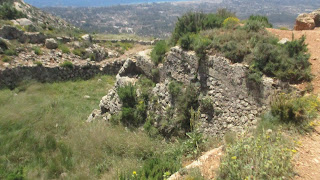 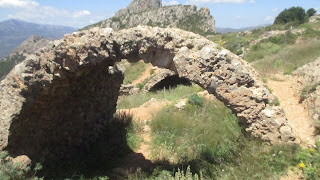 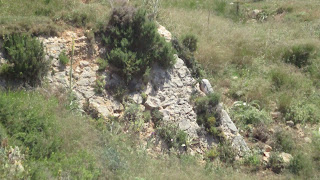 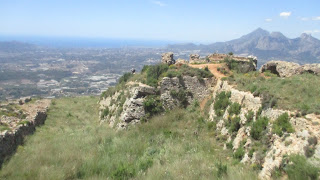 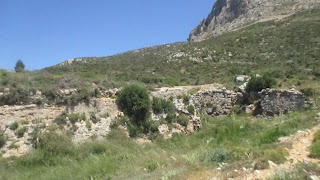 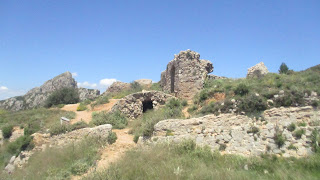 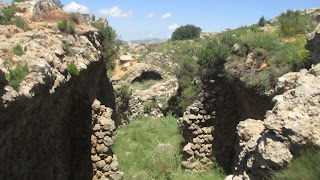 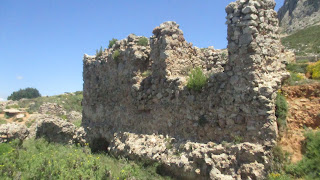 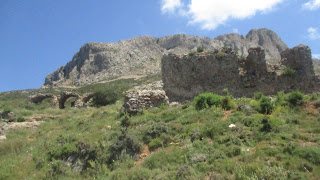 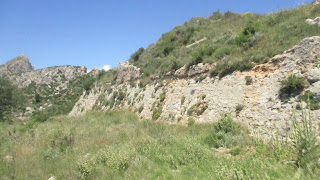 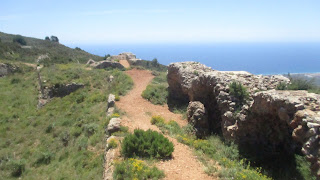 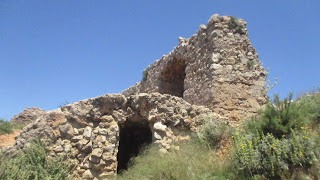 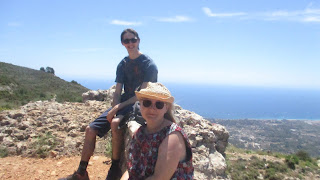 I found this amazing shot online showing the ruin, you can clearly see the star fort design taken on 12/17/2019. by: José Luis Luri 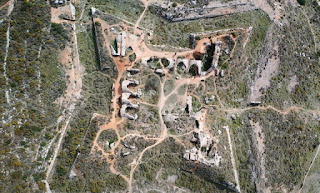 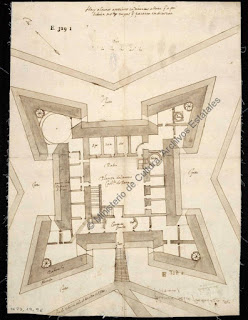 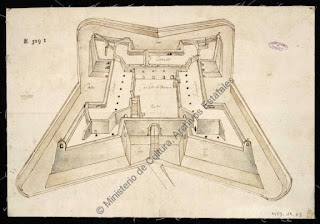 A bit more digging on the internet came up with a brief history:
Built by order of King Felipe II in 1562 to watch and protect the coastline against raid by Moorish pirates. Designed by Italian engineer Juan Bautista Antonelli (1527 - 1588).
Unfortunately all the effort (and considerable monies) put into the construction proved pointless as the fort was just too remote to be of any assistance if there actually was an attack!
Eventually it fell into disrepair and in 1612, King Felipe III ordered it destroyed to prevent it being used as a stronghold by rebellious Moors who were resisting the expulsion decree which had been made law three years previous.
Posted by Richard B at 01:04