One of a number of public bomb shelters build around the town now preserved as a tribute/museum. Entry was very cheap (about a Euro each), the attendant gave us a booklet in English to explain the exhibits.

The town was never faced with ground attack during the war isolated as it is by high peaks and steep-sided valleys, there was several factories and a large international hospital run by Swedes and Norwegians. Refugees plus sick and injured were sent to this relatively safe area.
But eventually between 20th September 1938 and 11th February 1939 the town was subject to raids from Italian planes (mostly Savoia SM-79s), the worst period being 20th - 23rd Sept `38 when a total of 50,000 kilos were dropped over several ten-plane raids! The town initially had no anti-aircraft defences, but eventually was given three 20mm AA guns. 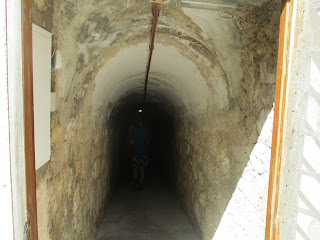 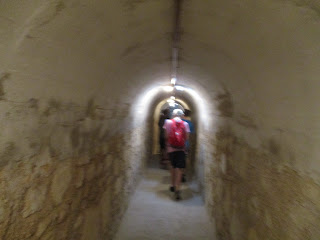 Wartime signs still on the walls, an air-raid siren echoed through the galleries, causing the boys to jump 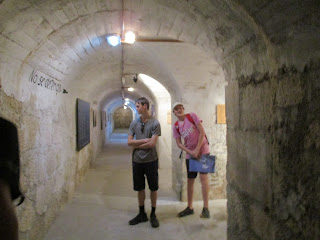 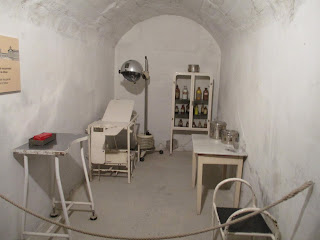 Maps of the layout and construction plans 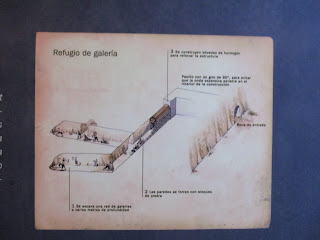 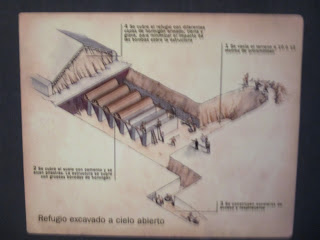 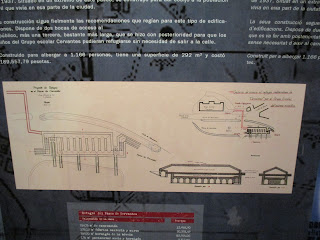 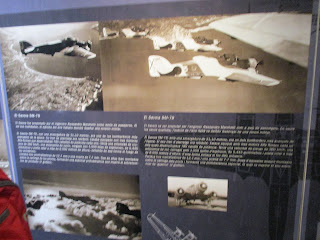 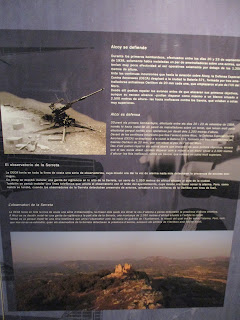 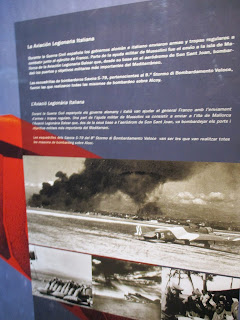 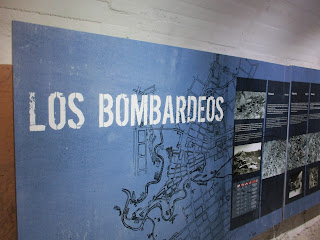 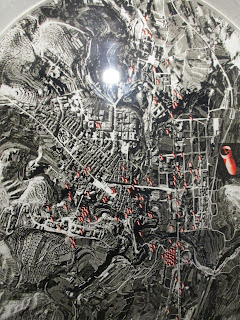 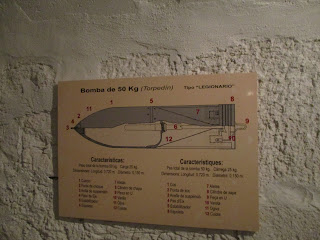 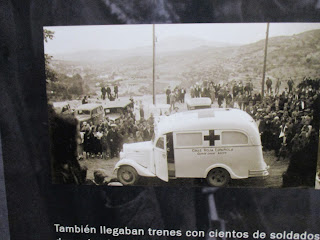 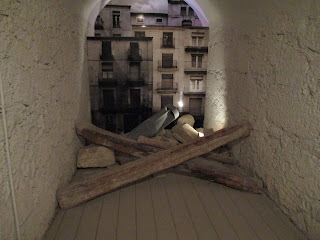 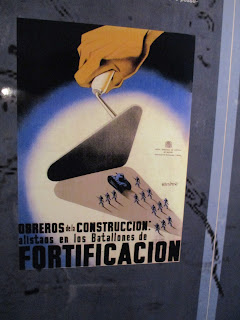 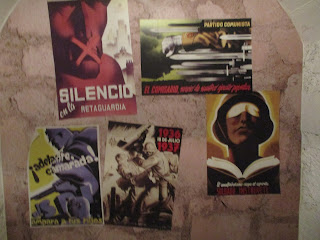 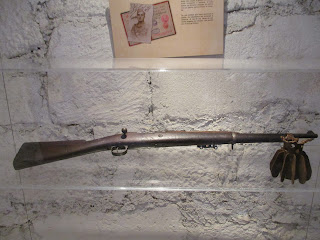 There was also a short film with survivors and eye witnesses giving their accounts (in Spanish), but easy to follow if you know enough.
Posted by Richard B at 04:06