During the desperate fighting for the town Corporal Cotton once again distinguished himself manning a captured French Hotchkiss until they ran out of ammunition. At which point he picked up a Boys AT rifle and went out alone hunting French tanks, he was later killed whilst performing that task.

I am planing a to run the battle and decided to create this team as a one-off piece.

Figures by SHQ and Combat Miniatures (both modified), the gun is Early War Miniatures 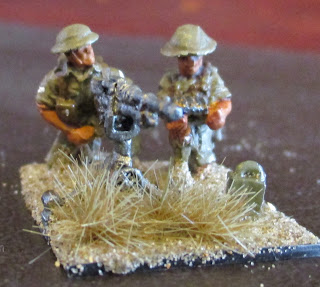 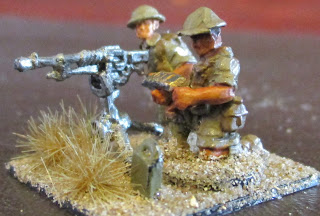 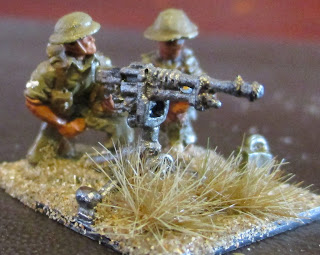