Lost my painting mojo for a few months, and though i bought these back in January, they have sat on the painting tray since then un-loved.

Rural scout corps (circa 1914)
In an attempt to increase the size of the army and absorb various irregular and anti-Madero elements into it.
President Huerta re-named the Rurales as the Rural Scout Corps and folded them into the army (they had been under the Department of the Interior)
I think these were Australian light Horse
Mounted 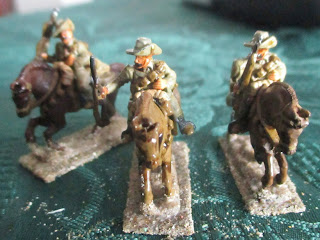 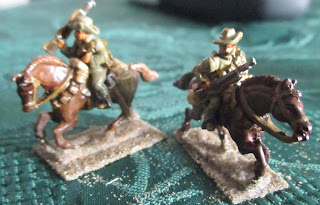 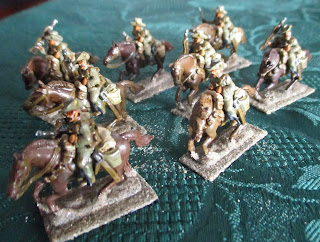 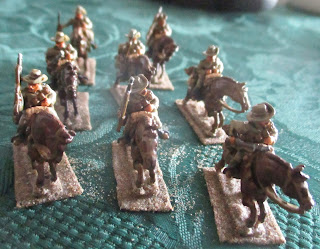 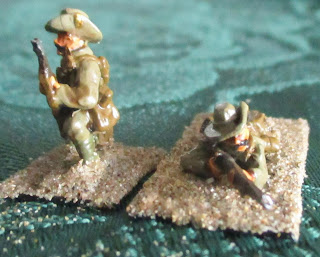 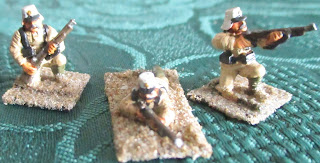 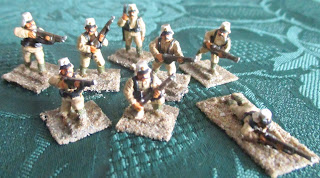