Ft17 75 BS
An SPG with the 75-mm short-barrel S-type Blockhaus Schneider howitzer installed in the armored cabin. It was larger than previous guns, which increased the vehicle mass to 7.3 tons and cut its ammunition to 30 shells. High command saw value in the project and placed an order for 970 vehicles. By the end of World War I, a total of 39 vehicles were manufactured; after that, production was discontinued. At least one was captured in Syria/Lebanon 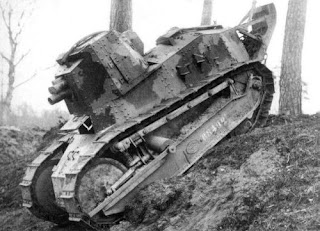 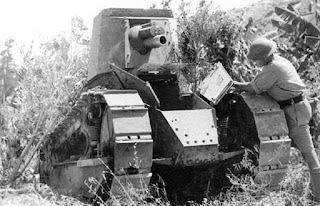 My rather crude model based on the Hat Ft17 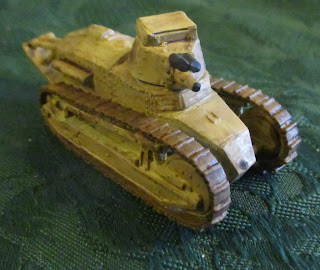 Gen. Weygand reorganised the French colonial forces after the armistice in 1940, among his suggestions was mechanisation and the organising of mixed motorised columns.
I saw this image and based my model on it: 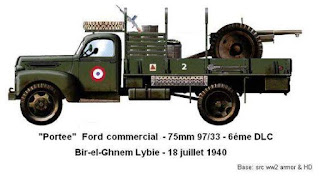 The truck is by Shell hole Scenics (1.5ton Chevy), the gun is Hat, the crew are Elheim`s brand spanking new French tropical guys, I built the racks and added the stowage 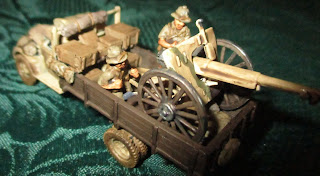 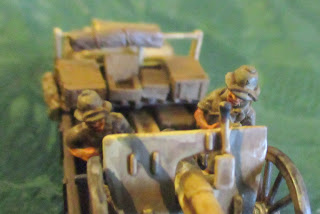 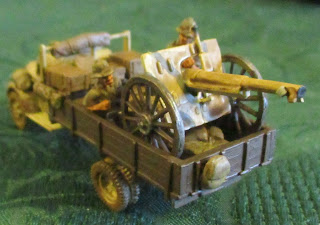 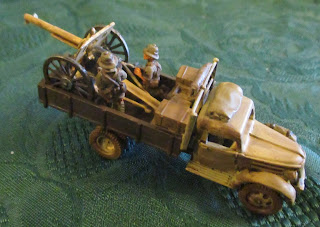 Same gun with more of Elheim`s wonderful figures (he does two packs, I mixed them) 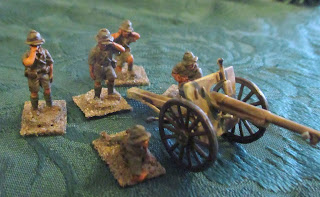 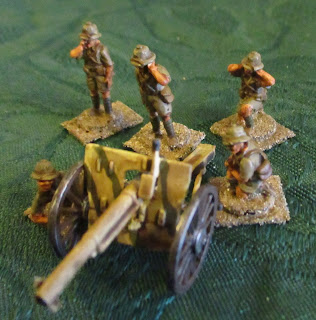 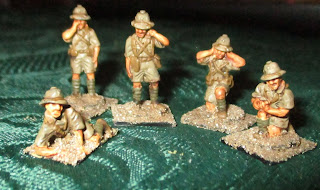