Now SCW is a periphery interest of mine and the naval aspects of that conflict even more obscure.

But living near Alicante one does stumble upon odd bits of history which stir the interest.

Near the casino carpark, at the castle end of the marina, there is a bronze bust of a naval officer. The plaque reads: 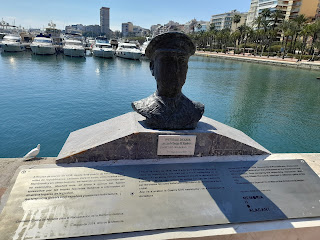 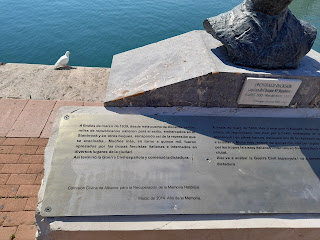 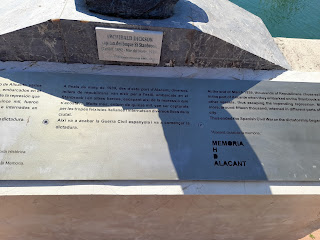 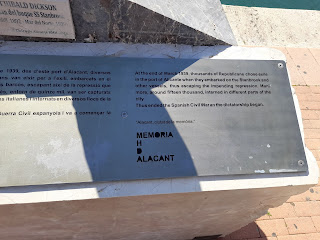 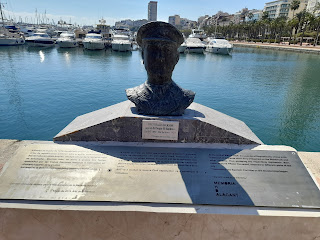 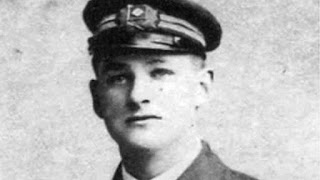 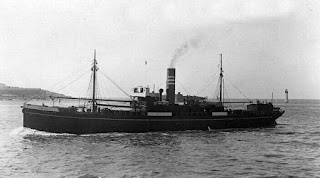 Dickson was the captain of the SS Stanbrook one of a number of blockade runners who during the civil war risked life and limb to bring cargo to and from Republican ports despite a blockade imposed by the rebel forces under Franco supported by the Italians and Germans with both aircraft and submarines.

By 1939 things were going badly for the government forces and most of the country had fallen to the rebels. While on route to Alicante Dickson had been warned not to enter the port by a nationalist (rebel) destroyer, he did so anyway on March 19th, using bad weather as a cover. He was then delayed for several days, docked off the coast awaiting his cargo (oranges, tobacco & safron) to arrive at the port. when it finally did arrive so had a large number of refugees hoping for rescue from the advancing fascists. 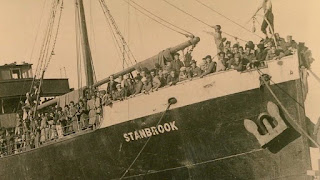 Famous photo of the Stanbrook her decks packed with refugees 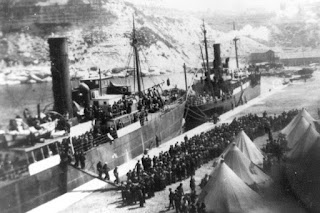 Another image showing the refugees leaving the ship at Oran
Dickson was told by the British owners of his ship to leave the harbor and not intervene, but he defied the order. Instead, he risked his life to save as many people as the ship could carry. An estimated 2,638 refugees were taken aboard the Stanbrook. The ship left Alicante at night, dodging Nazi artillery as it headed across the Mediterranean to the French port of Oran, Algeria.

"Amongst the refugees were a large number of women and young girls and children of all ages; including some in arms.

"Owing to the large number of refugees I was in a quandary as to my own position as my instructions were not to take refugees unless they were in real need.

"However, after seeing the condition of the refugees I decided from a humanitarian point of view to take them aboard...

"A troopship leaving England laden with troops was not to be compared with my vessel. In fact in all my experience at sea, covering some 33 years, I have never seen anything like it and I hope I never will again.

"We only just got clear of the port when the air raid rumour of bombardment proved to be true and within 10 minutes of leaving port a most terrific bombardment of the town and port was made and the flash of explosions could be seen quite clearly from on board my vessel and the shock of the exploding shells could almost be felt." 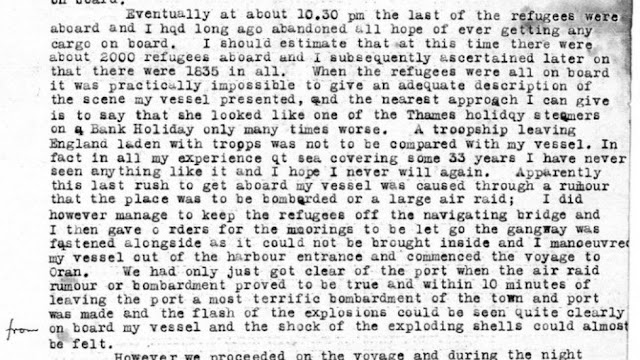 Just days later Alicante fell to the fascists, many Republicans and refugees were taken prisoner by the vengeful victors and suffered terribly, many died.

The fortunate passengers of the Stanbrook made it safely to Oran, though the ship was initially not allowed to dock until Dickson threatened to ram his ship into the harbour. Most refugees were eventually allowed to off the ship, male passengers of military age were interned.

Cpt Dickson was killed, along with his entire crew of 20, when the ship was torpedoed by a German U-Boat in November 1939 as it made its way back from Antwerp, Belgium.

At 02.13 hours on 19 November 1939 the unescorted Stanbrook (Master Archibald Dickson) was hit on the port side in the stern by one G7a torpedo from U-57 (Claus Korth), broke in two and sank quickly west-northwest of the North Hinder Lightship. The master and 19 crew members were lost. The torpedo had been a tube runner and hit despite of being launched manually due to the short distance to the target.

Like I said naval is not my thing, but if you have an interest in SCW of pre-WW2 naval I highly recommend: 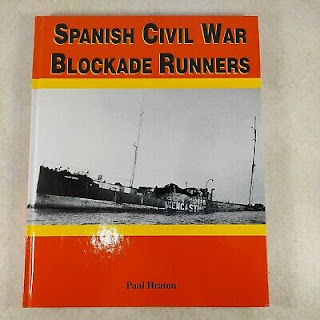 Post script
This appeared in the local news just recently :
SPECIAL 83 ANNIVERSARY OF THE END OF THE WAR.
DEPARTED FROM THE STAMBOOK OF THE PORT OF ALICANTE
May 28, 1939
Helia González Beltrán was four years and three months old and her sister Alicia was 6.
We arrived at the port of Alicante by train from Elche (Alicante). When we arrived at the port, a crowd of people separated us from a ship that seemed huge to me with a strange name. We, like everyone else, feared not being able to reach the catwalk that would allow us to reach him, my parents went into that crowd with my sister and me until they reached the catwalk. We reached the catwalk where the struggle was so strong that people fell over the edges pushed by those behind. That's when my dad told me to take care of my little sister and released us, letting the crowd carry us up the catwalk. Before reaching the ship, a huge block of people formed, and when they fell they were footsteps, which caused more people to fall over the edges. I was about to fall and my sister and my mother did not know where I was because I could not move. When I was almost about to be trampled, someone grabbed my arm and pulled me out of that ruckus, strong arms lifted me. I saw a smiling face, a sailor's cap, and he gave me a kiss on the cheek. He didn't say a single word, but that hug, that look, promised something good... it was him, it was Dickson and there was no danger.
I remember a packed deck, with the dark sky overhead. It rained that night, not too much, but it was cold, and shortly after setting sail from the port of Alicante they began to bombard the city, everyone on the ship was silent looking at the lighting caused by the bombs that fell in the port, you could see the silhouettes between the explosions of the people running and a scream that shook all of us who were on the boat. Finally we left Alicante behind and it seemed that the danger had passed, although the boat was almost heeled over, and we could capsize at any moment. We were about to capsize when Franco's cruiser "Canarias" intercepted us, which was keeping watch in the vicinity of Alicante so that no one could escape. He started firing his cannons at us, but the captain managed to dodge him and continued on his way.
It turns out French records proved Helia and her sister Alicia were numbers 2277 & 2278 of the evacuees rescued by Cpt. Dickson and the Stanbrook
Helia Gonzalez Beltran.
Elche (Alicante) 1934-2018 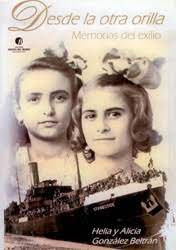 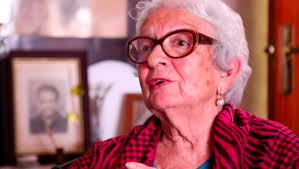 Back in 2015, Labour International Costa Blanca Branch arranged for a delegation from the Alicante civic commission to visit Capt. Dickson’s home city of Cardiff where they presented a stainless steel plaque to the then Lord Mayor Margaret Jones, depicting an image of the Stanbrook in Alicante harbour and bearing an inscription in English, Welsh and Spanish. 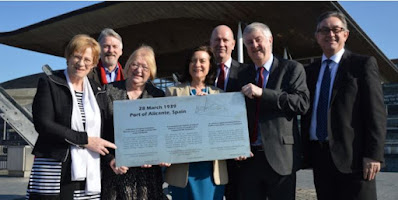 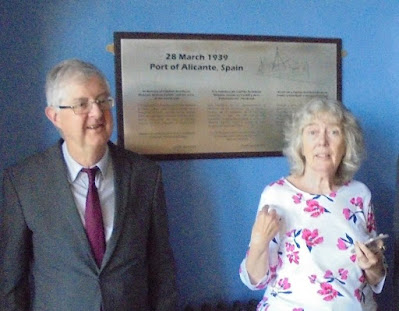