Las Cuevas del Canelobre (Spanish for Candelabra) Is located near the town of Buscot 700 meters up, on the northern slope of Mount Cabezón de Oro. Discovered by the Moors around 740AD. A piece of amazing natural splendour, with the highest vault of all the caves known in Spain at 100 meters high! 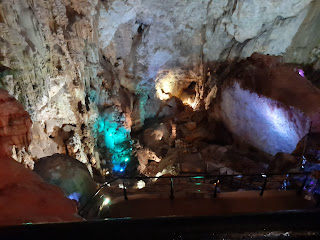 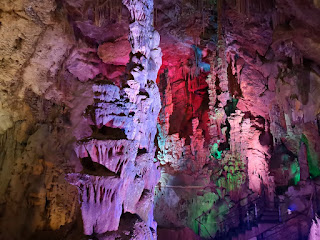 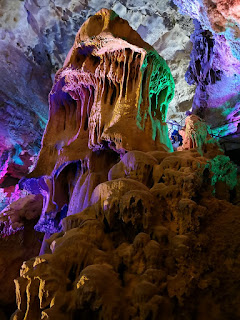 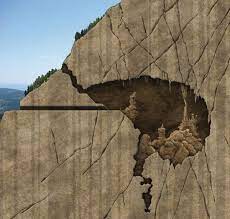 Construcciones Aeronáuticas SA (CASA) During the Spanish Civil War the CASA Getafe factory was located in the Republican zone. It was moved to Alicante, another opened in Sabadell. At the end of the war production returned to Getafe. CASA manufactured the Russian Polikarpov I-15 biplane fighter, producing 287 aircraft before the end of the civil war.

Until November 1936 part of the manufacture of planes for the Republic was developed by Hispano Suiza located in Guadalajara. It was called SAF-1 (Aviation Manufacturing Service)

Due to the progress of the Spanish Civil War, production was transferred to the existing airfield at La Rabasa, the current site of Alicante University in San Vincente del Raspeig (the nearest town to where we live here in Spain). There, the Republican aviation had already taken advantage of an existing aerodrome to establish a permanent base of the 4th Air Region for the defence of Alicante and it`s vital port. Secondary manufacturing centres were located near the flight field.

It was decided to build a secure facility within the Canelobre Caves. Inside precision work was carried out, such as those required for the assembly and repair of aircraft engines. In order to turn the cave into a workshop, two main platforms were build as well as smaller ones (which are no longer there, but you can still see where they were bolted to the walls) unfortunately during the construction work they were forced to damage/destroy some of the original geological formations in order to fit things in and also protect workers from falling rocks caused by machine vibrations. With the loss of thousands of stalactites and stalagmites, today of great geological value. It would be unfair to blame the people of the time, mired in a bloody and desperate war with the hindsight that 70 years of scientific and geological advances offer us, but a good way to imagine the magnitude of the damage caused by dynamite is to know the Stalactite growth process: 1 centimeter every 100 years. The future, at times, is a cruel and sad history teacher. 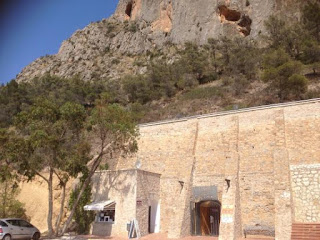 The inside of the caves was then developed into a maintenance factory for engineers working on Polikarpov I-16 type 5 & 6 engines. The I-16 colloquially  called the Mosca ("fly") by the Republicans, and the Rata ("rat") by the Nationalists. 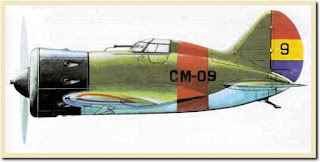 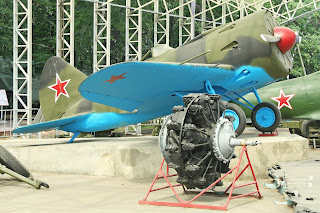 There was also an ammunition magazine all safe from enemy attack, deep within the mountain.

According to the testimony of Pepi Miralles Mut, his father Francisco Justo Miralles (Muchamiel 1902-1984) whose profession was a mechanical turner specialised in the adjustment and other colleagues were recruited by the government to work in the caves as a turner. He and his family settled in Buscot, where they lived from the end of 1937 to the end of the war in Alicante in March 1939.Inside the cave there was 5 lathes  and 5 workers along with an undefined number of soldiers and a Captain Doctor.

According to his childhood memories in Buscot, he only saw women and children in the town, because the men were at the front. Moreover, when the breeze was blowing from the coast you could hear the sirens warning of air attack coming from Alicante and for the top of Mount Calvary you could see the bombs falling on the city!

The caves themselves were also targeted. Planes were sometimes seen flying over the area and an attempt was made to bombard the surroundings of the Cabeco, According to reports from workers such as Francisco they sometimes had to postpone their exit from the cave after working all day, as there were "little birds about" as they referred to enemy planes.

Whilst nothing except the entrance tunnel and concrete platforms remains, there was an information centre which has this wonderful 1/87th scale model of the factory. 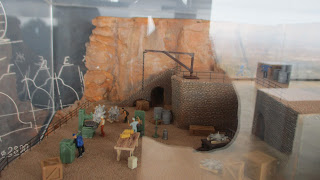 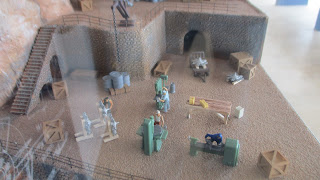 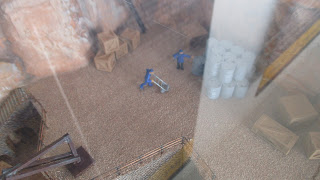 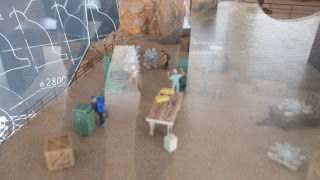 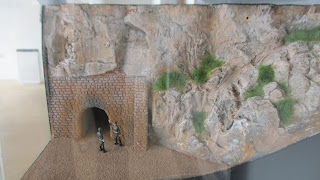 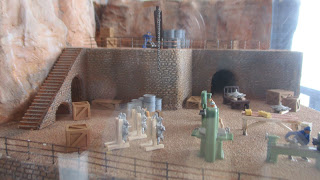 Rabassa airfield (Spanish: Aeródromo de Rabassa, also known as Rabasa, La Rabassa Alicante-Rabassa and Alicante-Rabassa airport) was an airfield 355kilmoeters southwest of Madrid on the coast of Spain. It was situated on the site of what is now Alicante University (where our son goes to language school).
The airfield first opened in February 1919, it was replaced by Altet (the site of the modern Alicante/Elche Airport) in 1927.

The airfield was reopened in 1936 by the Aviación de la República (Spanish Republican Air Force).

It hosted and was integrated with the 4ª Región Aérea (4th Air Region) and received the name Rabassa. During the Spanish Civil War the airfield was responsible for the air defense of Alicante, equipped with Polikarpov I-15 'Chato'. During this time it was bombed several times by the Italian Air Force. In October 1939, after the creation of the Ejército del Aire (Spanish Air Force) Rabassa again became an air base. It continued to fly the Polikarpovs, designated 32 Regimiento de Asalto (32 Assault Regiment).

Wartime maps of the aerodrome 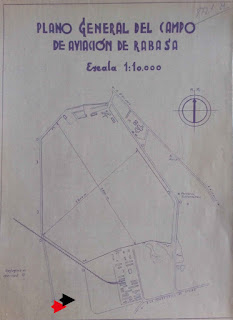 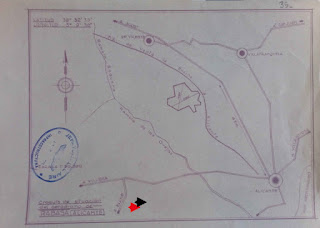 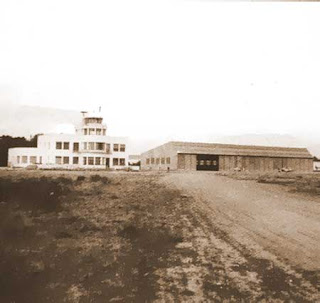 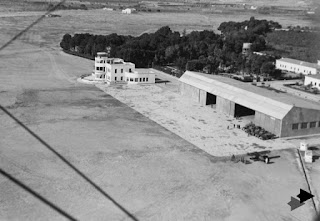 Nationalist aircaft at Rabassa after the war 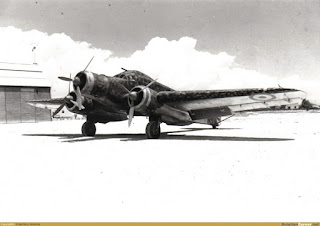 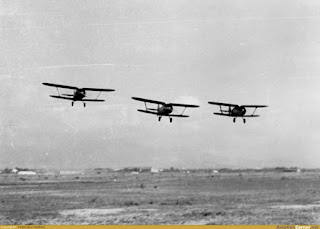 Polikarpov I-15 A4 "Chato"
When the province was redeveloping the the area and planning to build what is now Alicante University on the site of the aerodrome it was decided to preserve both he control tower and main hanger, to maintain some link with the history. The control building is classically art deco but the hanger was frankly an ugly metal rectangle, so they decided to keep just the frame and use the area as a garden/park - pretty cool I think. 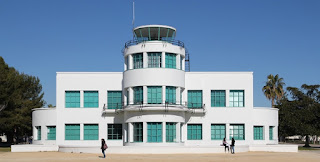 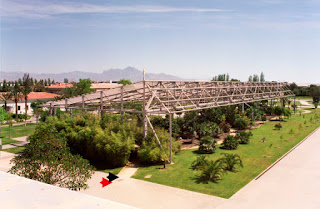