Two scratched up additions to my colonial French gun park

I found i needed an additional AA gun to create a 2-gun battery for my Vichy forces, luckily I had a EWM gun crew in the spares box, so head-swapped them and painted them up to match my other Vichy colons. The twin 13.7mm AA is also EWM, but this do double duty with its original 1940 era crew 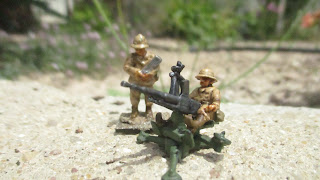 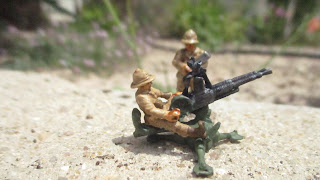 The gun is a real Frankenstein creation, the seated Moor was a Force20 Hotchkiss gunner, the other guy is an EWM French gunner with a Raventhorpe head 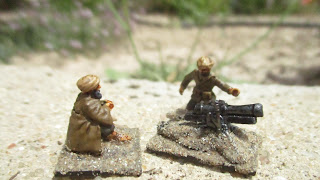 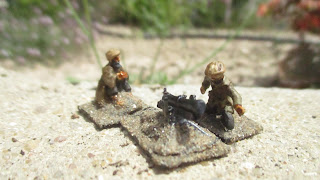