By the middle of July all of Southern Sicily was in Allied hands. After the fall of Agrigento on the south coast, the Allies turned north to split the island. At this point the Italian forces in the west began to withdraw to new defensive positions in northeast Sicily. The Italian 12th corps began the march east of Nicosia to new positions in the Etna Line. The US Provisional Corps drove to Palermo while 2nd Corps advanced up Highway 120 in the interior pursuing the Aosta and Assietta Divisions all the way.

Raggruppmento Mobile Ovest (Mobile Group West) was tasked with covering the flank of the Assietta Division. This hodge-podge of Italian units organised into three ad hoc battalions and manned several roadblocks to block the US pursuit, engaging in a number of short actions.

This engagement by Gruppo Mobile "A" was quite typical, by the end of the month the Italian 12th Corps had taken its place more or less intact in the north half of the Etna line though Raggruppmento mobile Ovest was largely destroyed protecting it!

You command the lead elements of your division (II battalion, 157th Infantry Regiment from 45th Division) leading the drive up Highway 120. Your recce scouts have reported a roadblock across the highway up the valley near a small village.

You order your lead elements with some tank support to clear the roadblock. 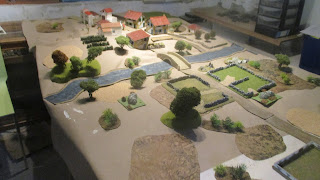 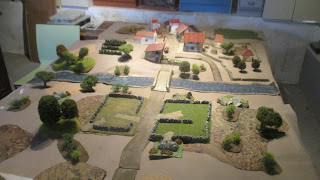 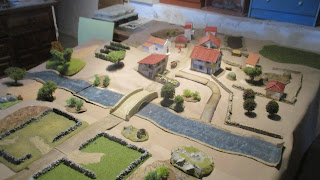 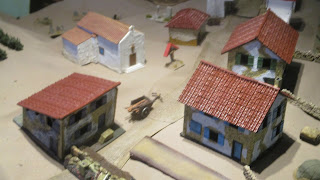 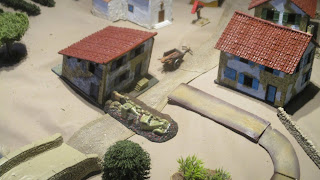 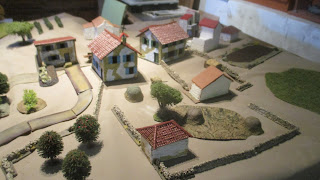 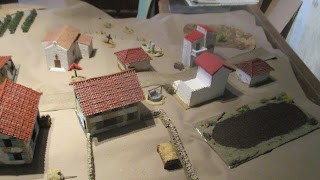 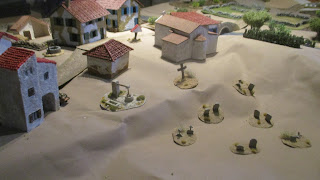 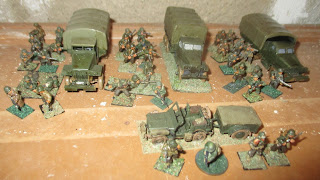 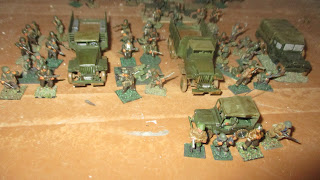 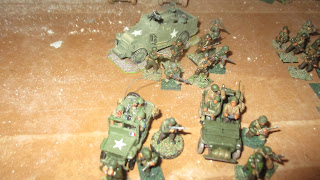 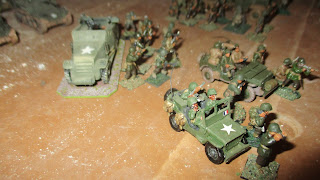 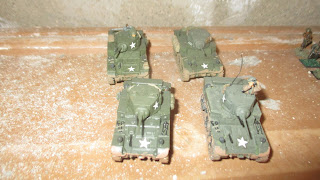 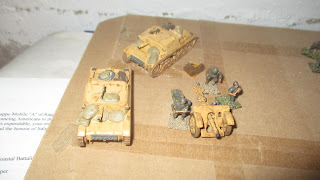 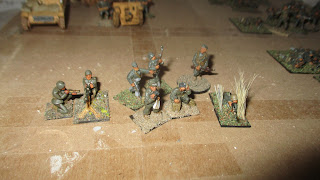 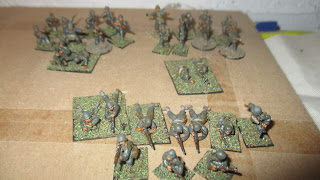 Opening moves, US recce on table and the first advanced elements enter from the south 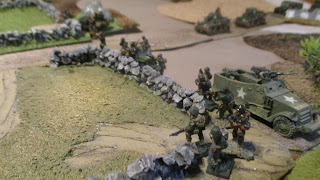 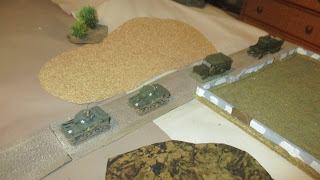 Email ThisBlogThis!Share to TwitterShare to FacebookShare to Pinterest
Labels: Scenarios