A single engine fighter with retractable undercarriage. Armed with a 20mm cannon mounted in the nose and two 7.5mm machine guns, one in each wing. Besides France, other countries bought this aircraft: Turkey, Finland, China and even Switzerland (who also built two versions under licence); Croatia also received 74 though I`m not sure if this was after 1940.

This is a SMER plastic kit, but all the sprues and the inside main body is clearly marked Heller so I assume SMER have bought and re-released the old Heller kit. Frankly the mould is showing signs of age, but with a little patience it went together OK, I added a pilot. The decals were really good and included and interesting set for a MS406 in Turkish service too.

I picked it up in a nice little model shop in Franklin Road, Gillingham, Kent which I discovered during our trip home just before Christmas. 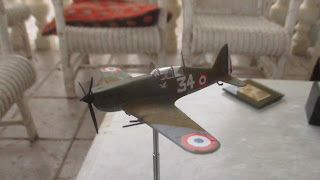 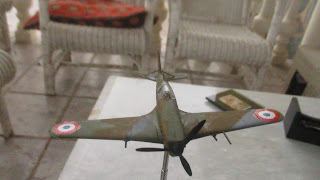 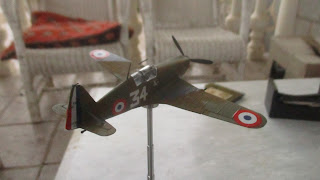 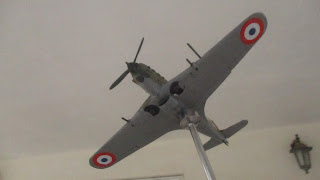