Again clearing away odds`n sods
Colorados were ex-revolutionaries who sold-out to Huerta and became "Bandit hunters" turning upon their former comrades and the very people whom they once tried to help. They were renown for their nasty zealous natures and tactics and were in return hated by the Revolutionaries whom killed them on sight.

At Crusade I bought a pack of mounted Australian Light Horse figures off Paul @ Early War Miniatures, the pack contained three identical castings like this - 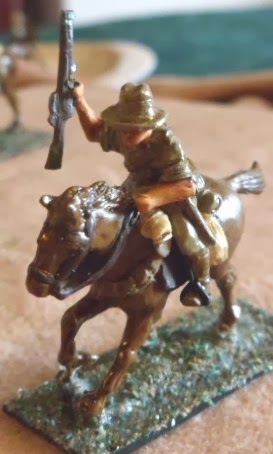 Using spare arms from Tumbling Dice and with a little cutting and fiddling, I changed two into these 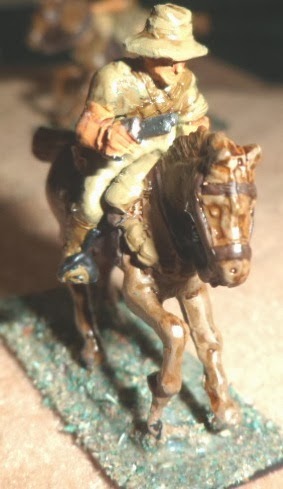 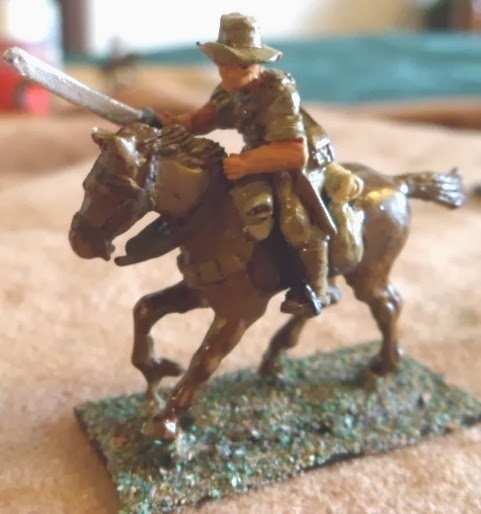 I think the final effect is OK and they seem to blend in the ones I`ve already done.
Heres the three figures with one of my original batch (round base) he started life as a SCW cavalryman by Warrior Miniatures 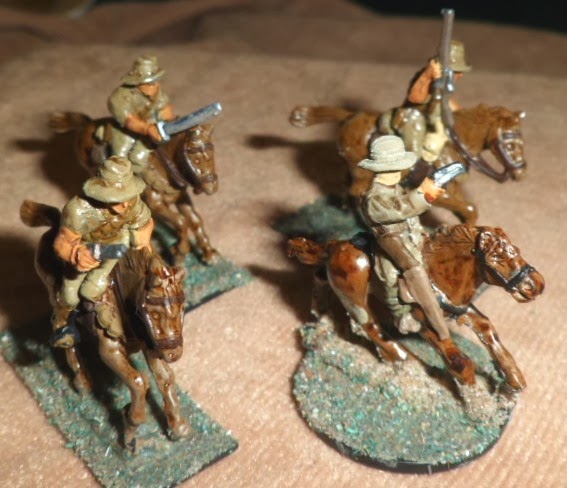 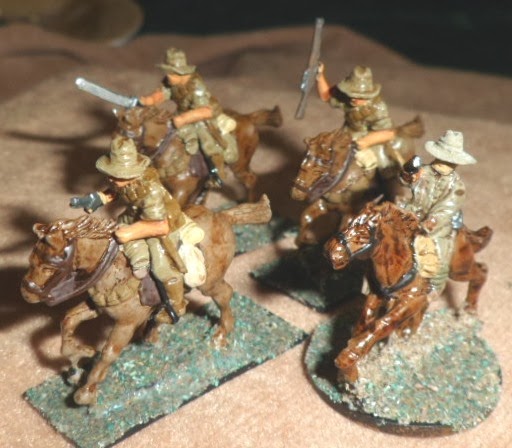