Last bits for Tunisia (at least for now)

20mmzone Renault AGR truck (very nice all white-metal model) here with a resin "truck load" by Value Gear (also pretty good)
This vehicle could be used either by the French (though I`m pretty sure they didn`t have any in Tunisia) or 10th Panzer in her supply column. 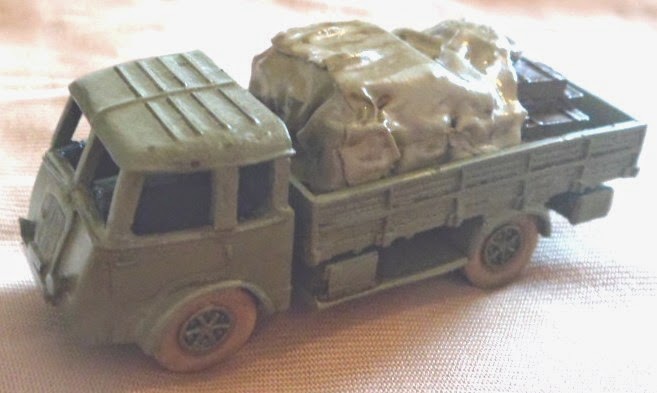 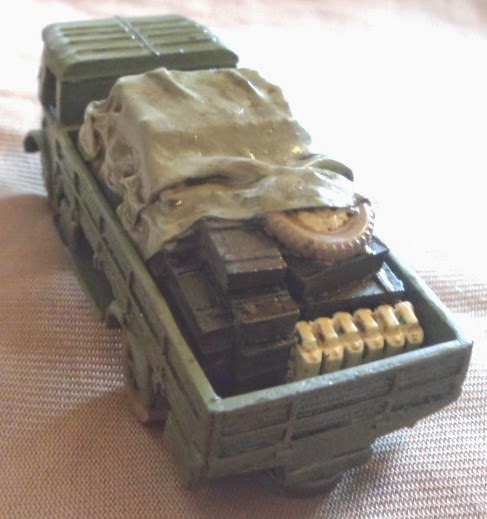 Hobby Den resin Sdkfz 247 with added stowage and a crew for SHQ and AB Figures
Only 58 of these 4 wheel armoured command car were built by Daimler-Benz between 1941-42. Used by German reconnaissance units and served in several theatres, some survived up to 1944 and there is a photo of one in . 21st Panzer had one in Africa which eventually was surrendered to the Allies in . 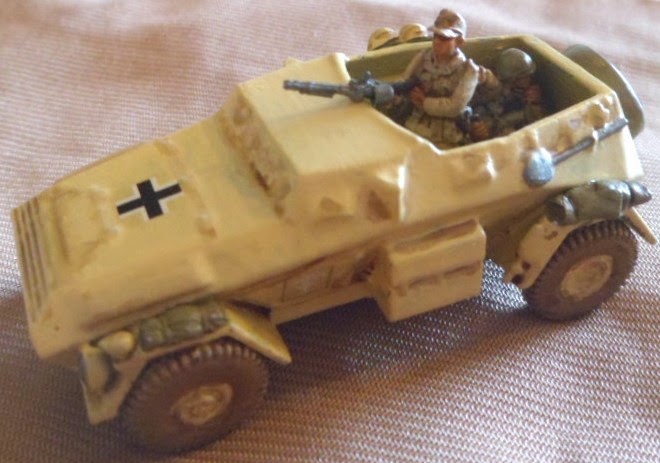 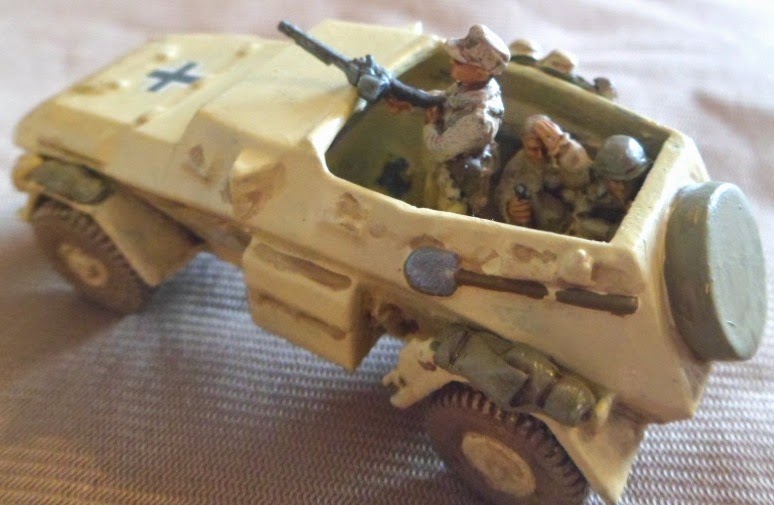 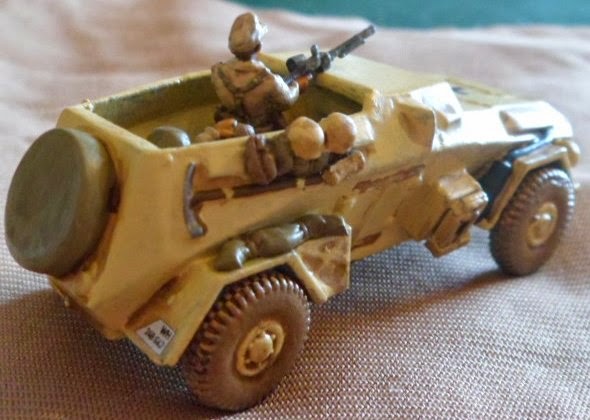