In 1957-58 Spain fought a short war to hold onto its Western Sahara possessions against locals supported by Morocco.

This was a very small scale local conflict, one which I think is highly playable.
Also the kit used was an interesting mix, making it visually appealing too.

Now I`ve already done a couple of Legion squads with S15T transports, here -
http://baberonwargames.blogspot.co.uk/2014/04/tercio-saharino-circa-1958.html
But wanted to expand the unit to a full company under our rules.

M3 half-track
An ancient Hasawaga 1/72nd scale model, repaired, stowed up and re-painted
All the decals and markings are all hand done 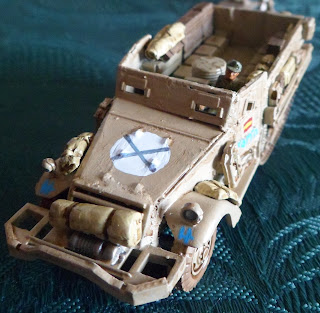 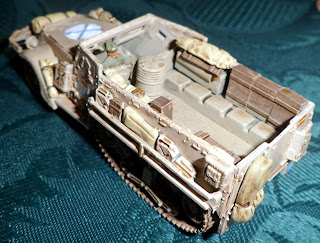 Jeep
Another very old model resurrected for this project

The Jeep is Skytrex, the driver Britannia (DAK) 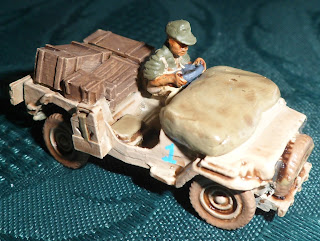 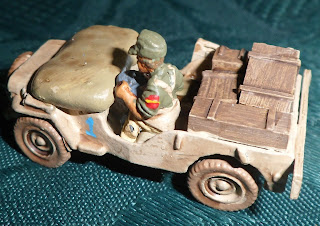 Command element
These are Raventhorpe Med. Germans, I added the STG44, the aerial and altered the heads 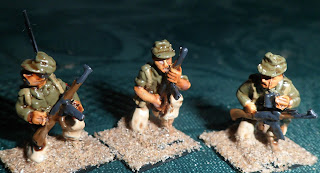 The NCO with the blue scarf is Britannia (DAK) 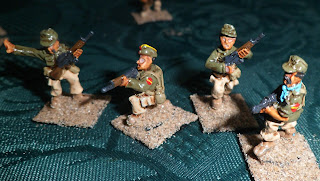 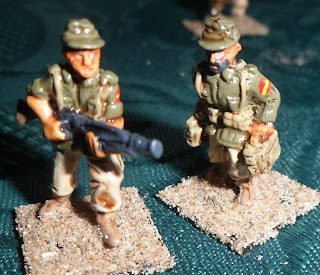