Upnor Castle and the Battle of Medway

Upnor Castle and the Battle of Medway

Had a rare weekend off and attended a wedding of Debbie`s brother in Kent.
The wedding ceremony was held at Upnor Castle which is famous for its participation in the Battle of Medway, June 1667.

The English forces were totally unprepared for the Dutch assault on Chatham.
Dutch forces captured Sheerness fort and forced the Unity, a 42-gun guardship, to retreat towards Chatham.
They then broke through a defensive iron chain on the Medway, allowing them to attack the fleet at its base.
Finding the ships unmanned they attacked them again, leaving many ablaze.
Most humiliating of all, the flagship Royal Charles - as well as the Unity - were captured and towed back to the Netherlands as a prize.
The Dutch victory was celebrated in paintings, many of which can be seen on display in the Rijksmuseum in Amsterdam 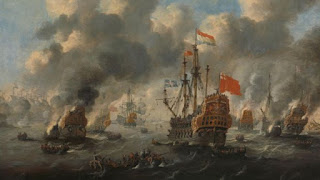 Photos of the fort 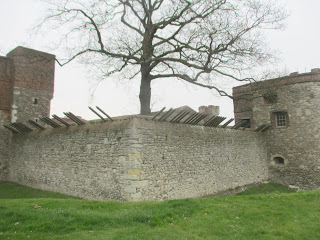 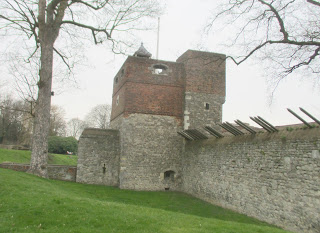 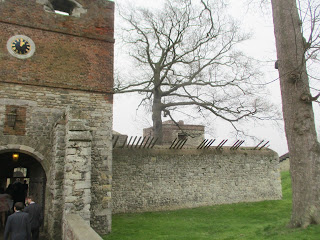 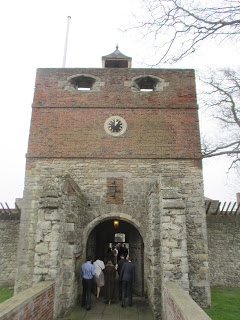 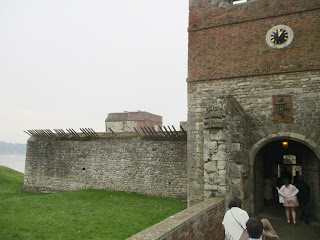 This 37mm (1ldr) breach loader was on display along with a dozen or so gun powder muzzle loading cannon. I would guess this one dates towards the end of the 1800s? 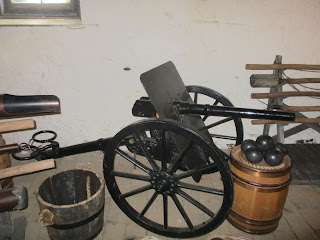