Now I`d seen this first photos ages back and always assumed it was 10th Panzer vehicle, because of the other vehicles photographed including a captured T28 SP AA. But the second photo which is obviously the same vehicle shows it to be a Ausf B 251 (which therefore can`t belong to 10PD), it has been identified as belonging to 15th Panzer by various people on the internet? Anyway i happened to have a 30+ year old Fujimi "b" so decided to build it using a SHQ gun, mixed stowage and crew.
Original photos 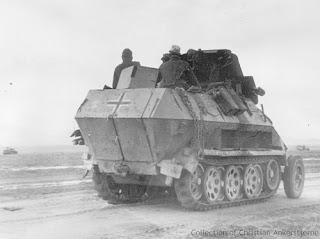 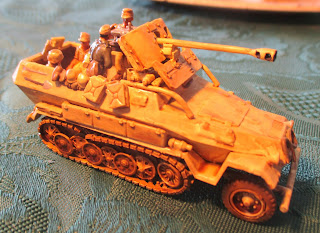 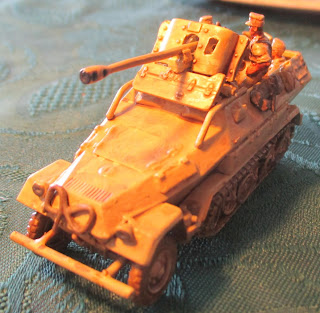 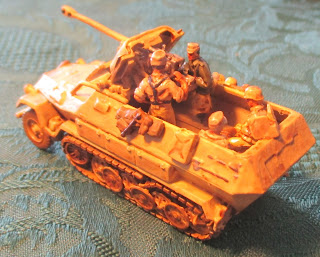 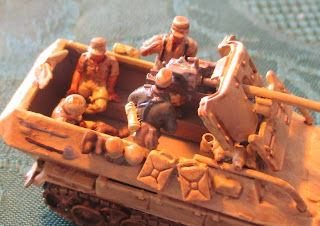