The movie starts at the very end of Dien Bien Phu in Indo-China where Raspéguy`s command is on the verge of being over-run by the Viet Minh. A futile attempt to reinforce them introduces Delon`s character and a suitably "browned up" George Segal as Algerian Lt Ben Mahidi. The Viet Minh over-run the position and most of the paratroopers are captured and marched into captivity. Mahidi is offered the chance of better treatment (as he is an Arab) by a Viet Minh officer (played by the great Burt Kwouk) but declines. After months in captivity it is only Raspéguy`s leadership that keeps his men together and their morale in tact. Once finally released they are returned home to France Mahidi discovers that French authorities are clamping down hard on his people at home in Algeria and his young brother is shot (whilst painting graffiti) so abandons the army and joins the National Liberation Front (FLN).

Raspéguy manages to get command of the newly formed 10th Regiment of Parachutistes Coloniaux and asks his former comrades from Indo-China to join his command. The Regiment is sent to Algeria to help combat the escalating guerrilla war, where they soon find the demands of counter insurgency operations and guerrilla tactics forces decisions of morality and friendship.

There is also the sub-plot/love interest between Esclavier and a beautiful local girl Aisha (played by the beautiful Claudia Cardinale) who turns out to be a terrorist and Mahidi`s sister!! Mahidi himself has become a leader within the FLN (look out for the stalwart of Spaghetti Westerns Aldo Sambrell as Mahidi`s No2)

Overall a good solid film with a great cast, the weapons and uniforms are just excellent. The director attempts to show how insurgency operations force commanders to set aside the rules of war, but also risk at the same time de-humanizing their men.

Some well done combat sequences set in this unusual and little covered period of French history. 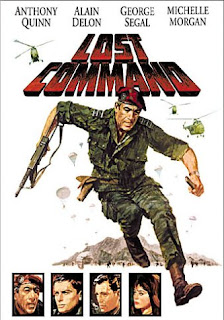 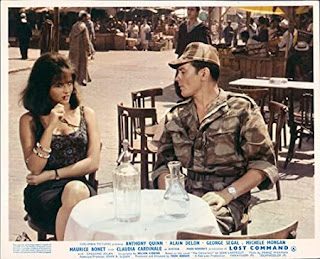 Esclavier about to interrogate Aisha about her brother 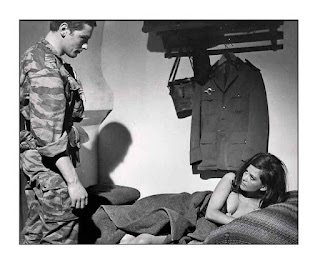 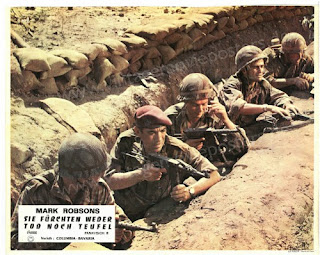 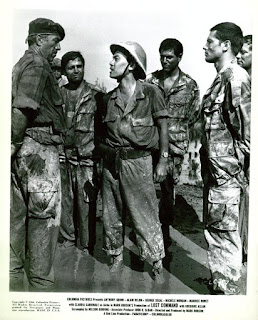 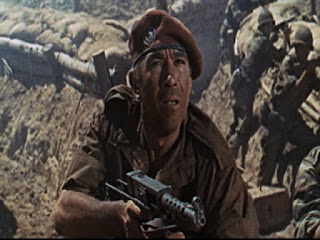 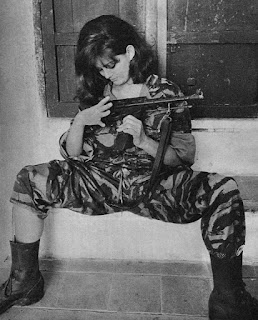 A couple more behind the scenes photos with Claudia & Alan Delon 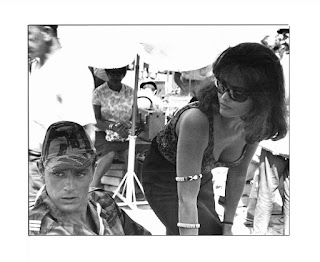 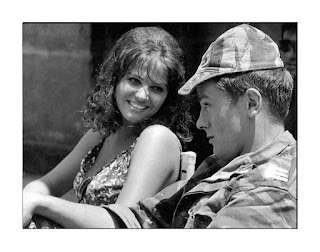