You may remember that nice guy Bill Krieg sent me a care package of damaged or unfinished plastic kits a while back. Well among the assortment of stuff was a couple of Airfix Panthers. I did think of cannibalizing the wrecks into on semi decent model, but I one own a single Panther in my collection and it is 1/72nd scale so obviously can`t sit side-by-side with an Airfix one in the smaller 1/76th scale! So after much thought I`ve built a dug in tank as a static position for my West Wall fortifications. 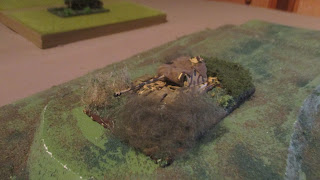 I only used the upper hull and turret, I cut the rear engine panel down to the same depth as the front of the hull.
I built the side banks of the emplacement out of air-drying clay and once hardened, I fitted the hull and used plaster the fill in and complete the base. 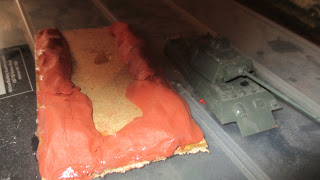 I then added a few plastic sandbags, painted everything, flocked and added some foliage I also covered the turret in stocking (camo net) to break up the silhouette 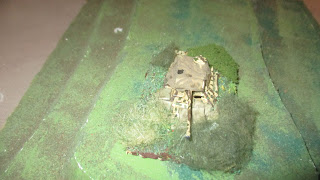 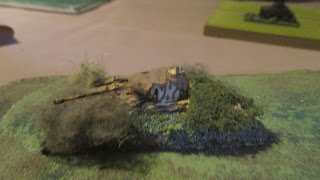 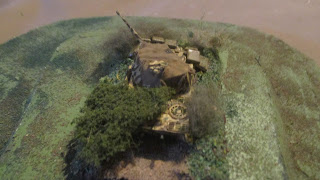 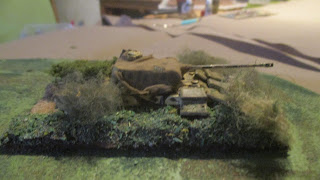 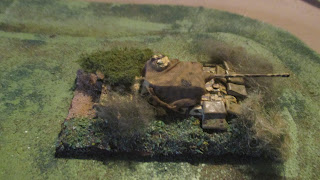