More additions for my Mexican project

All from Raventhorpe, nice clean sculpts with loads of character

16 Mexican peons/bandits/Villaista irregulars. There are eight poses, so I`ve tried to vary the colours on the trousers/shirts/sombreros to make them look less cloned. 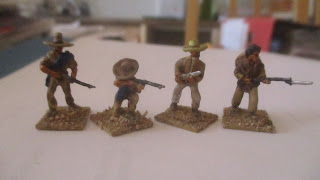 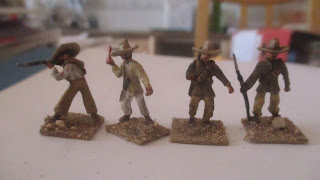 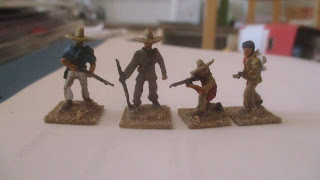 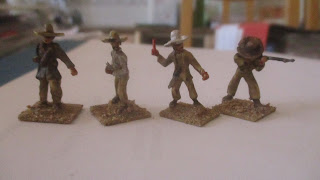 Six Cowboys, I bought these to add to my revolutionary armies as the clothing was used on both sides of the border and Norte Americanos went south for adventure and loot during the conflict.
Recently Tony told me these were loosely modelled on characters from the Magnificent Seven, I`ll now have to buy the rest off him next order to expand my Cowboy faction with cross border incursions and bandit raids in mind for future games.
3 poses, again I`ve tried to vary the colours 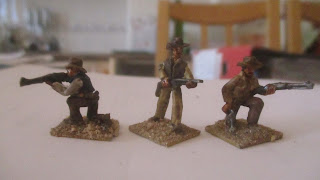 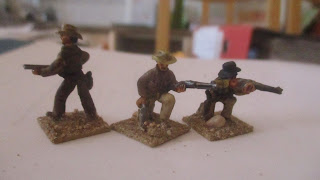 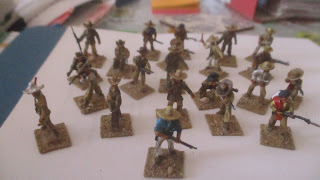 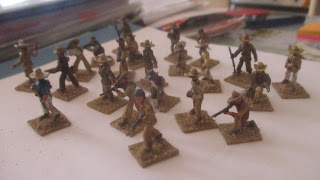 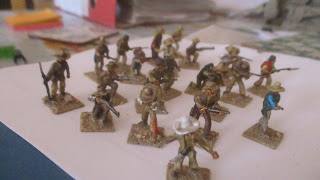