I know I`m not a great painter or modeller, frankly I just don`t have the eye (or patience). I cannot for the life of me create what others do - frustrating, but that`s life!

The terrain we use in our games is functional and serves its purpose, I have however built several one-off pieces -


1920s era steam powered saw mill
the steam engines and saw (Frontline), the buildings are Wills railway accessories, cart is very old Citadel Miniatures; the rest hand built from twigs, bits of rock. The whole thing is roughly a foot square based on hardboard with plaster foundation. Not brilliant, but i`m happy with the look - I put the Spanish and Riffi so you can see the scale.

40 x 23cm base
The fuel truck (di-cast), figures (Battlefield) and German fuel trailer (Milicast) are just for effect and not part of the build.

Walls and front gates from S&S (gate posts are a piece of Mega Block).
The cobble effect floor is Vac-u-cast (I think)
The garage building is Byzantium
The various mechanicals - trollies, crane and generator are all Sgt`s Mess
The pump unit is scratch built, the generator shed an old Thomas Tank engine carriage (Tomy), the oil tank is from another Thomas wagon (ERTL this time).
The large fuel tank was a Q-tip box, the supports were struts off an umberella, the ladder off a toy fire engine

The small tank is from Mega Blocks, all pipe=work is 5amp cable 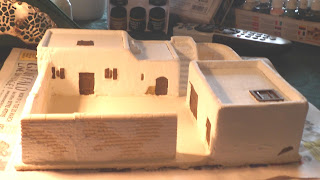 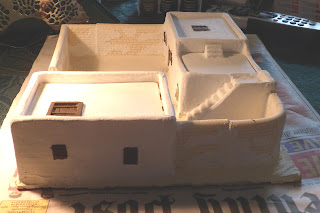 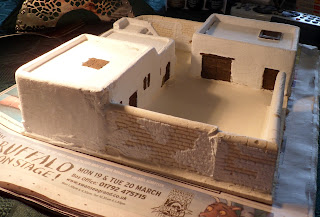 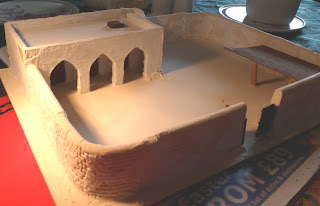 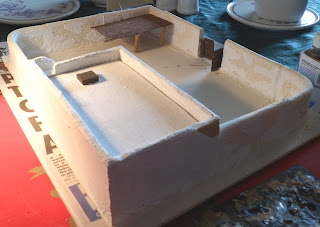 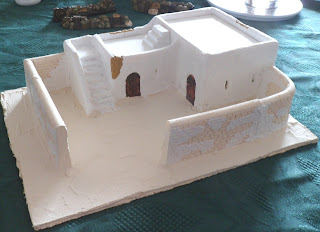 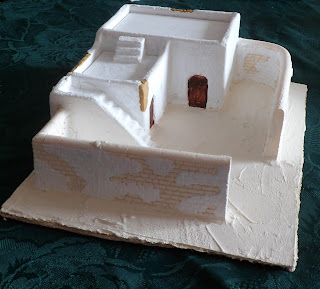 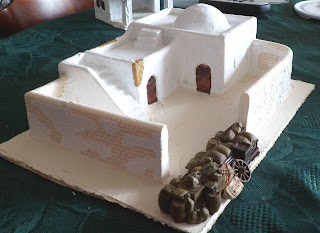 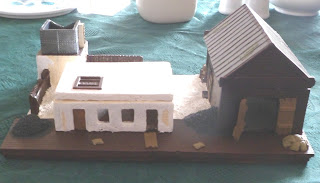 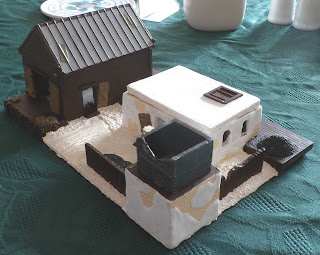 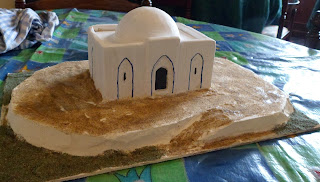 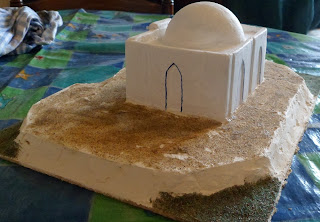 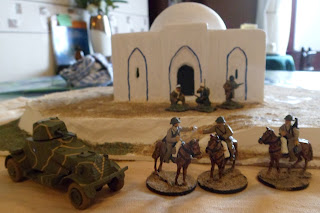 Byzantium Mosque (on a polystyrene hill)
﻿
Posted by Richard B at 10:15