This is an old game, I just stumbled upon over on The Guild forum

Elements of groupe Blinde sud Tunisien push south east through the Zaghouan range to link up with British columns driving driving north; at a small village they bump into a German blocking force.

A straight forward attack-defence battle, except for the interesting kit fielded by the French :) 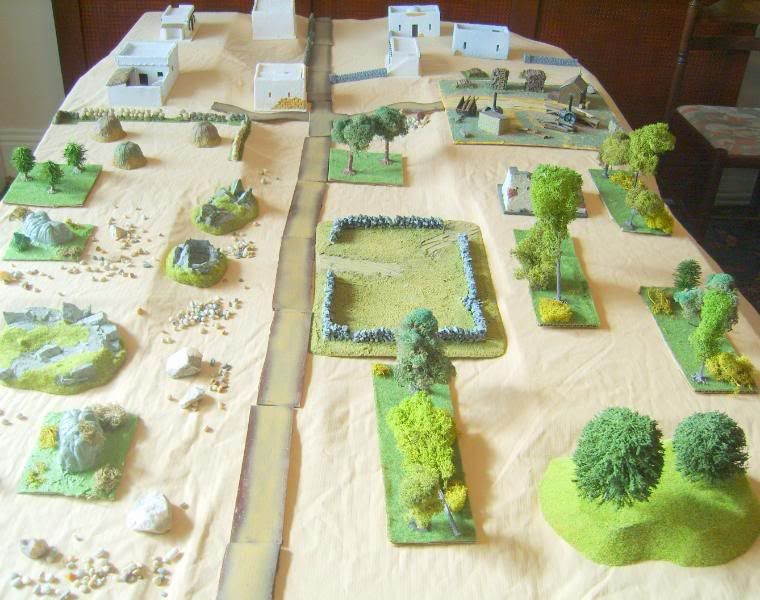 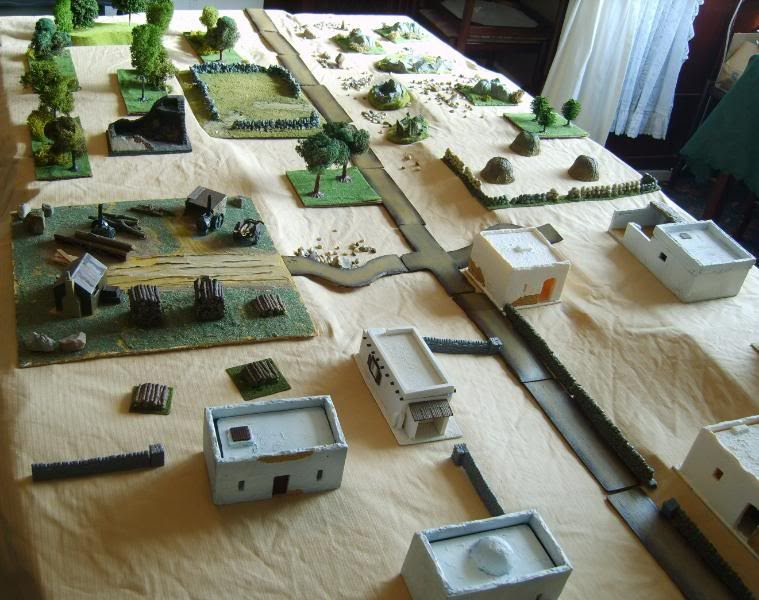 French initial moves - Latils by S&S, Citroen by Frontline, Valentines Fujimi [yes i know they are MkIIIs and not MkVIs, I`ve recently re-painted them back as British and will replace them when I find suitable models]
GMC75 Sgt`s Mess & S&S, M3s Matchbox, Laffly AC Raventhorpe 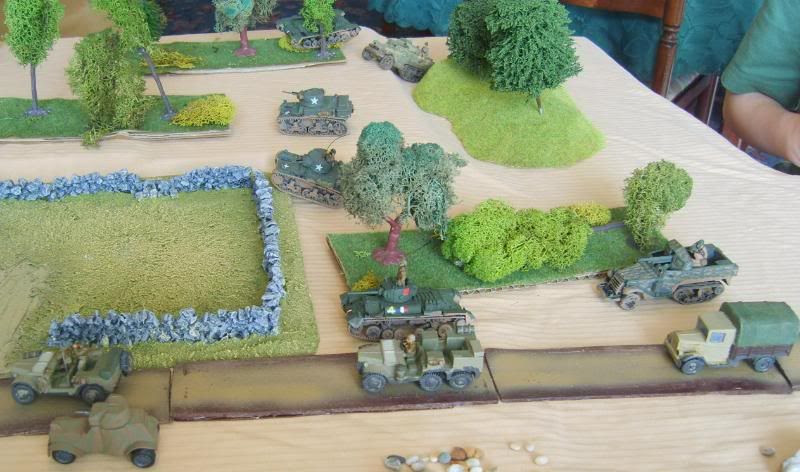 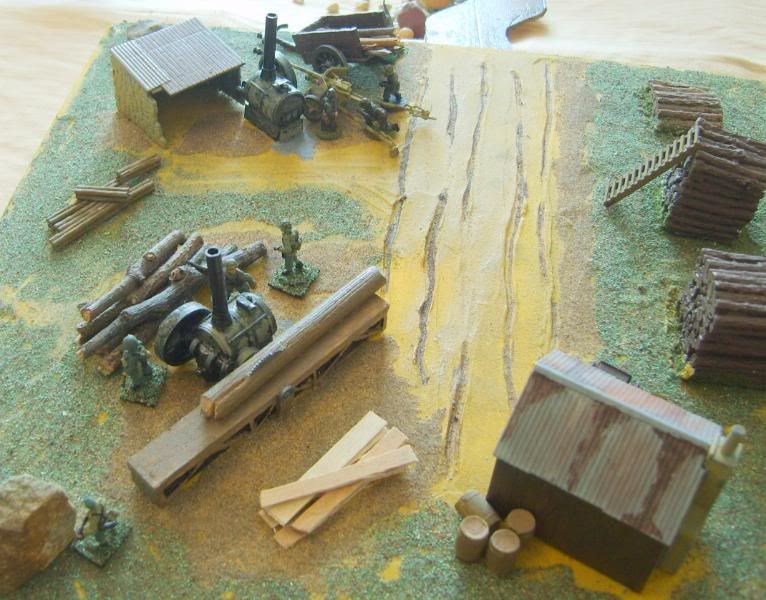 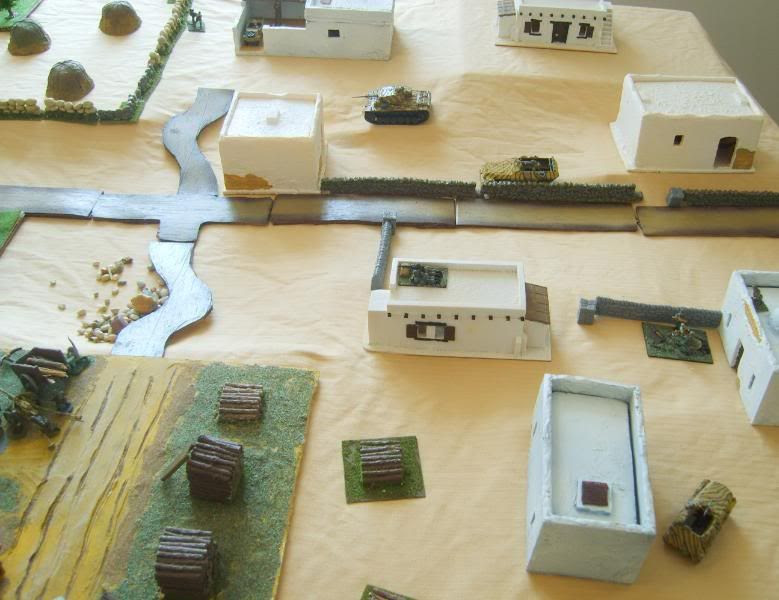 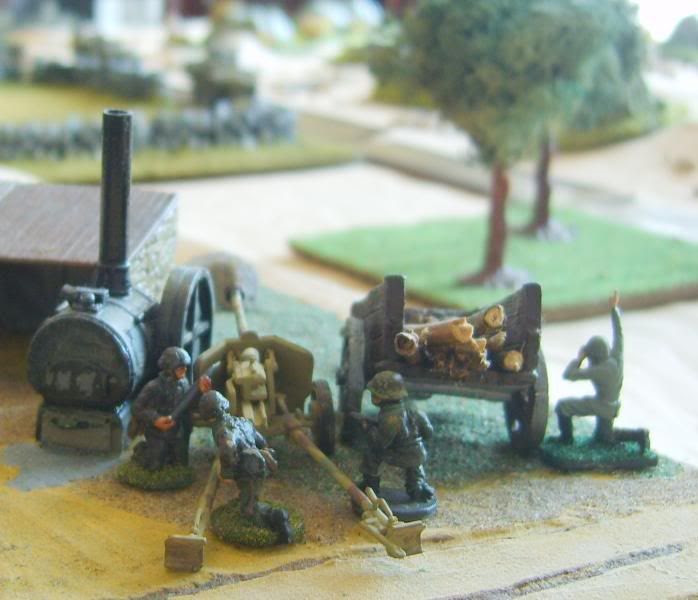 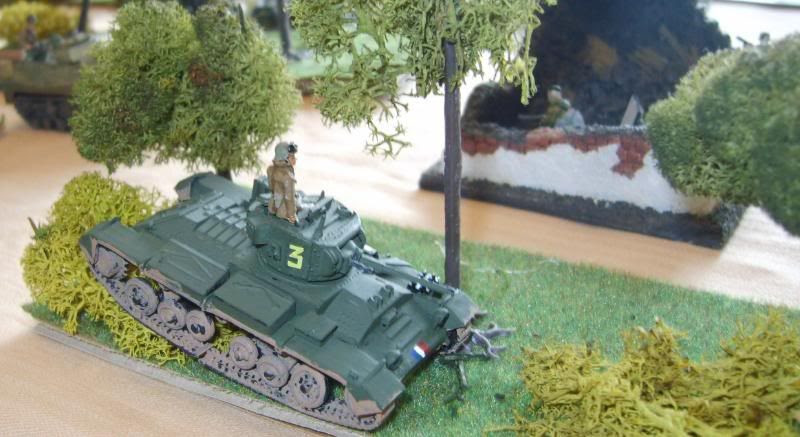 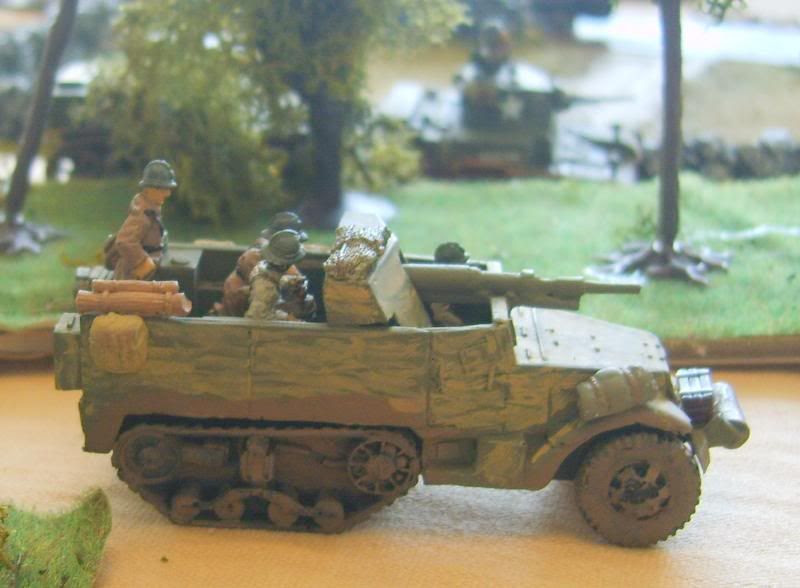 Another GMC75 Sgt`s Mess, crew from Blitz Minitures, 2 - Matchbox M3 lt tanks commander by Britannia attached to the French from the US 70th Tank Battalion 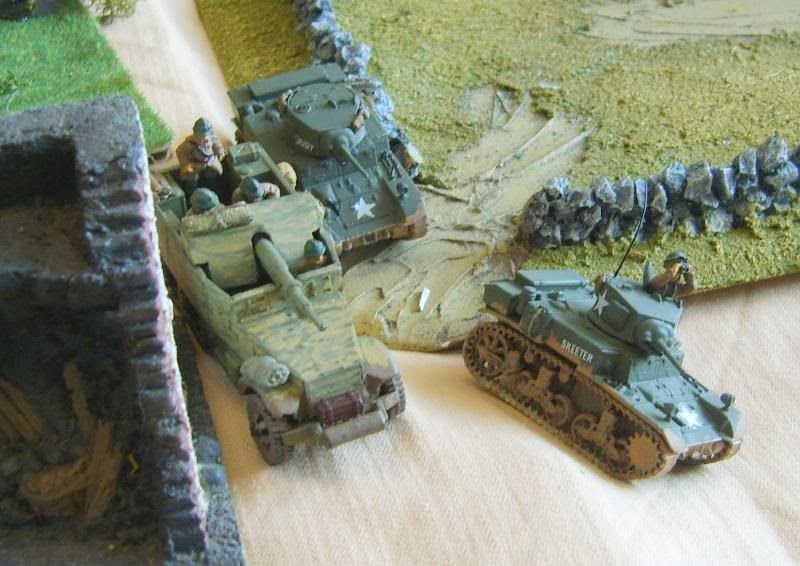 French infantry advance, mostly Blitz, but some FAA and Tumbling Dice too 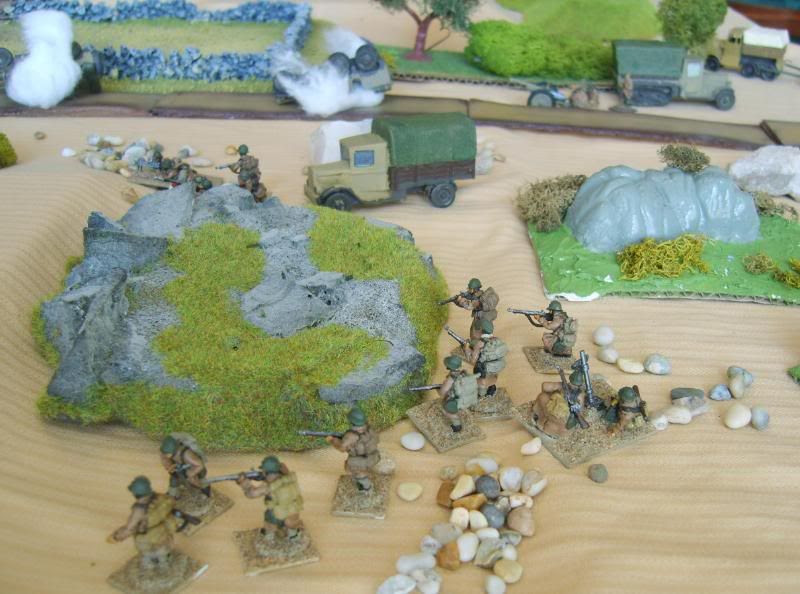 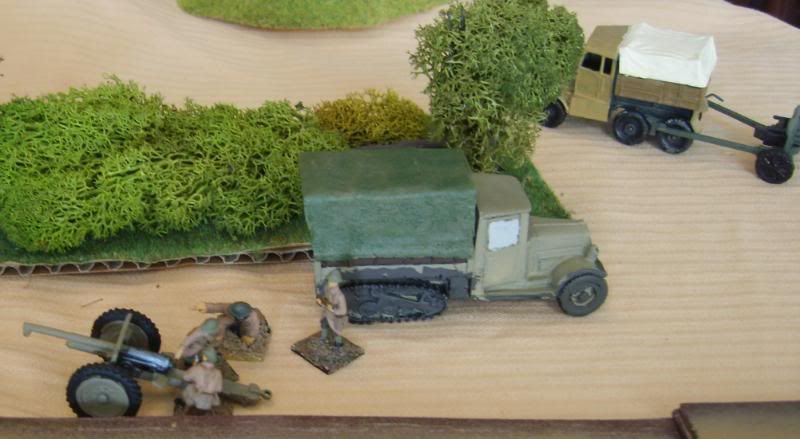 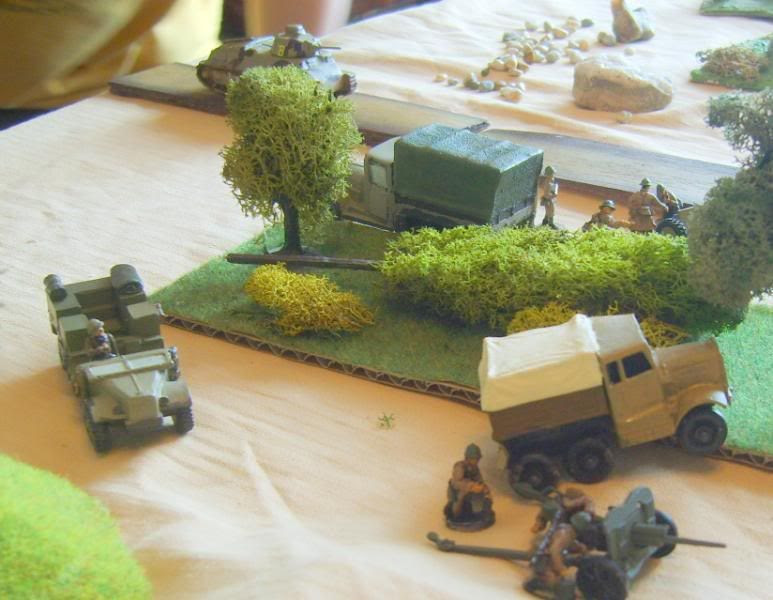 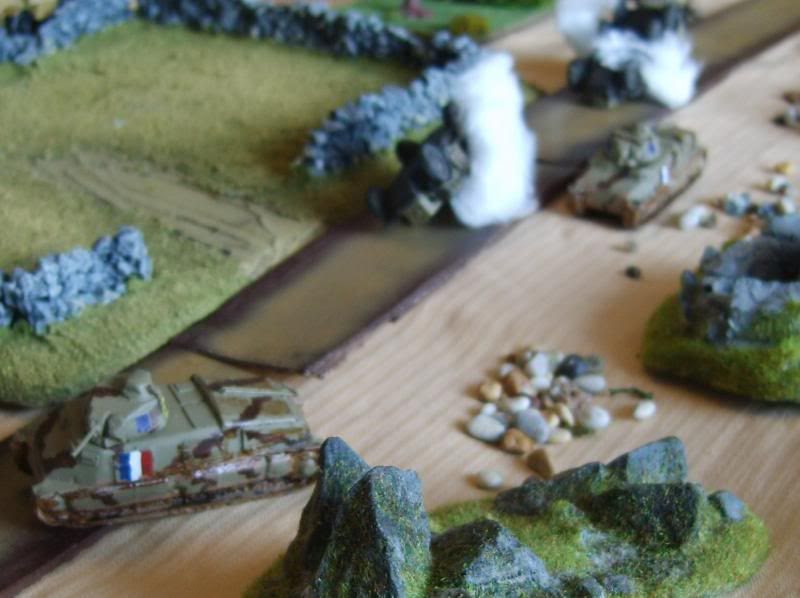 Slugfest a GMC halts next to a burning M3, whilst other vehicles move towards the sawmill 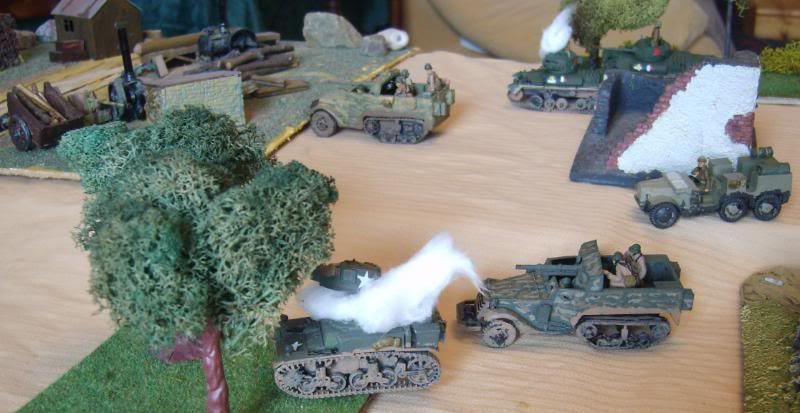 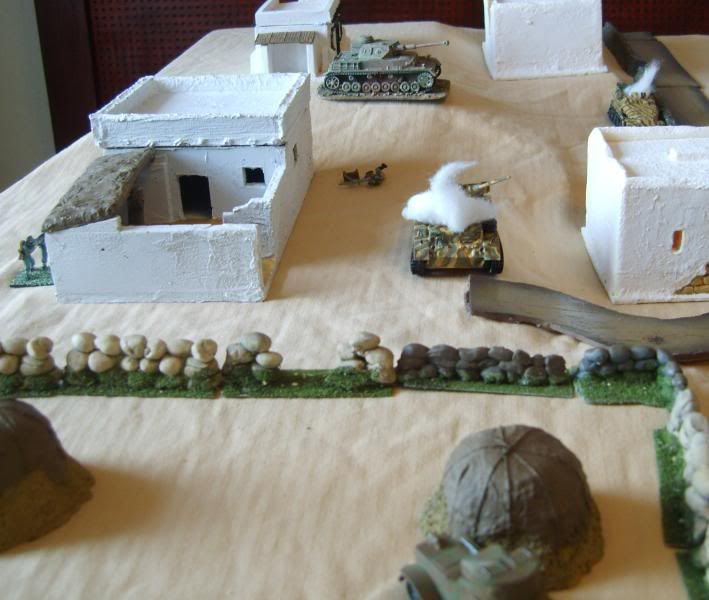 Another cracking game, the Germans had advantage of range with their long 75s and 120mm mortar, but they lacked infantry. The French concentrated their attack on the right after looseing some transport (and men) on the road. The Valentines got into a duel with a Panzer IV, both being damaged (one abandoned) but repairable, the GMC 75s proved highly effective tank-killers claiming 2 - PZIVs and a PZIII and supressing the Pak40 too, both Stuarts were lost, the commanders tank in a spectacular explosion, the S35s proved too slow to get into across the table to where their 47mm would be effective.....

The German infantry held out for a little while, but once their armour was gone, they had little chance. One MG team was successfully taken out by a French VB grenade launcher, which was quite pleasing :)
Posted by Richard B at 04:06