At the end of the year I managed through various speculative Ebay purchases and a very generous guy over on The Guild forum to purchase a vast pile of miniatures.

Now i don`t do many periods, I concentrate on a few, but SCW has always peaked my interest following on historically as it does from the Riff War.180 infantry (mostly Republican infantry and militia, but about 30 Requetes and some Nationalists too), 3 x 3-man Vickers teams & 34 cavalry. A mix of Bandera, Irregular and Warrior Miniatures and all for £50 plus p&p 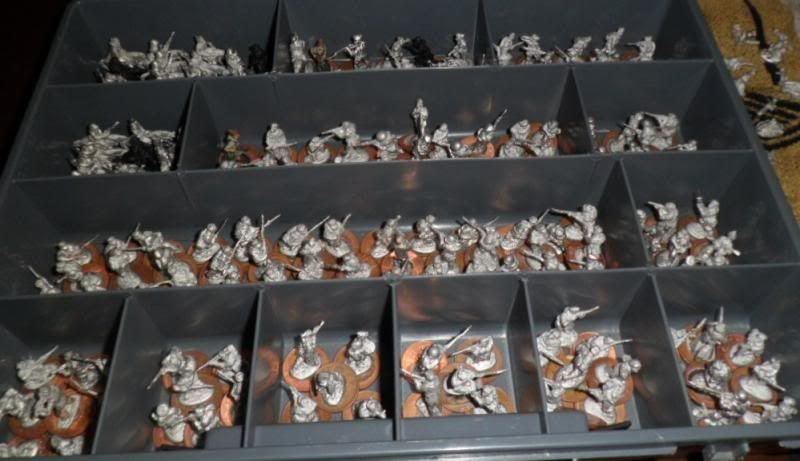 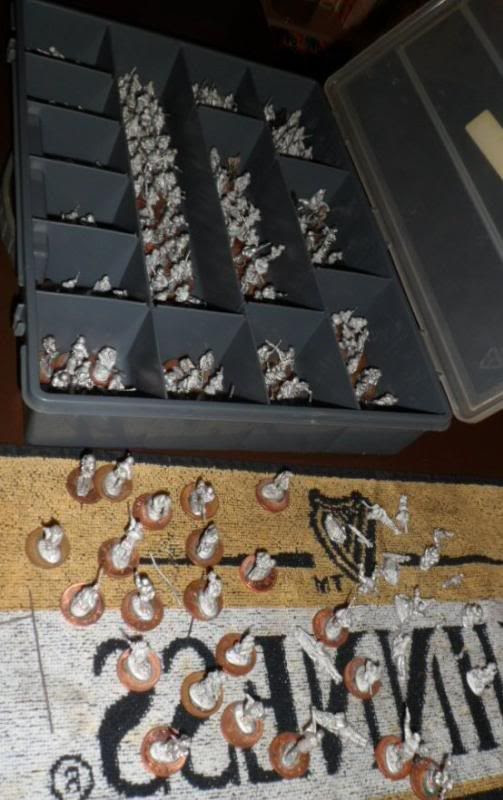 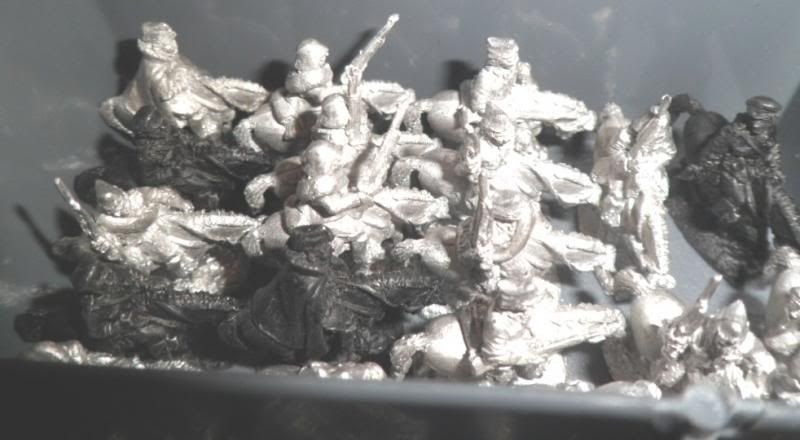 Though I think I`ll funnel some into my Mexican Revolution forces - can`t resist fiddling :-)

From the Guy from the Guild i acquired over 100 late WW2 German figures a mix of Britannia SS & Luftwaffe Field Division and Kelly`s Heroes late-war infantry (all bare metal). The Luftwaffe guys (and some of the Kelly's figures too) wear Zeltbahn so these will end up as part of my 10th Panzer battlegroup in Tunisia.

I think I`ll start 2014 by trying to complete my Tunisian project to its gaming completion - a towed 20mm AA battery for Heers flak 302, the armoured car company of Kradschutzen 10; various Panzer IIIs & IVs for I/7 Panzer Regiment plus about 4 platoons of additional infantry for the Germans and then a recce element and Carrier platoon for the Brits. That should take a few months ;-)

Email ThisBlogThis!Share to TwitterShare to FacebookShare to Pinterest
Labels: About me, general wargames, modelling