Trains played a hugely important role in the various revolutions in Mexico!
The vast distances involved are often over-looked by wargamers who are mostly interested in the tabletop battles.

All armies used trains to transport thier supplies, artillery and ancillary units between cities and battles.

The possession of rail lines and rolling stock became major objectives as was deigning such things to the enemy, all sides took time to rip up track to prevent their enemies advance/retreat.

Pancho Villa`s Army of the North had several trains to carry his artillery, supplies and even his aircraft. Each train had its own medical units with carriages or wagons set aside just to look after the wounded. J Hinds - "Battles of the Mexican Revolution" describes them as white-washed with large blue crosses! Why blue and not red crosses - I have no idea??

Anyway here's my attempt, along with a medical unit made up using IT Miniatures British WW1 field hospital figures and a Combat Miniatures Japanese officer with some minor alterations and head-swaps.

When I posted these pics over on The Guild, one of the lads there "Cowboy" came up with a simple plausible answer to the "why blue crosses" question -
Cruz Azul/ Blue Cross symbol was used by charitable aid societies founded in the last quarter of the 19th century in Mexico. In many places they were the only providers of medical/nursing care to the poor. The Spanish Red Cross only began its work in Mexico about 1898 and had a very small presence for some years. Perhaps this explains why the significance, meaning of the Blue Cross was better known to most Mexicans at this time 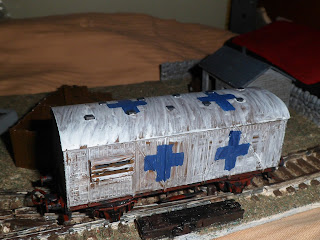 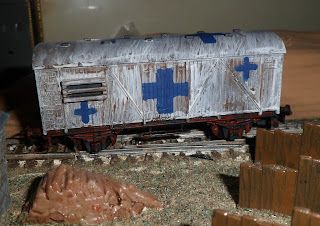 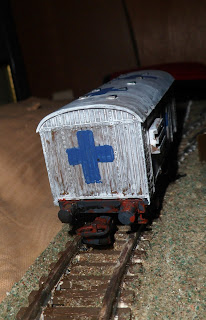 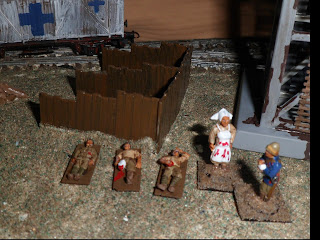 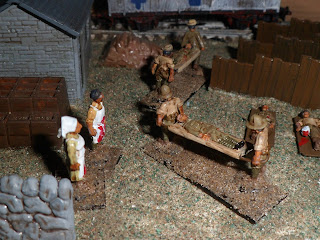 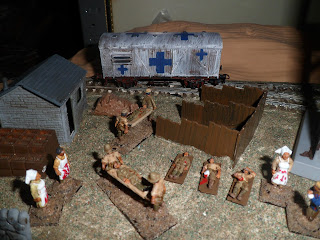 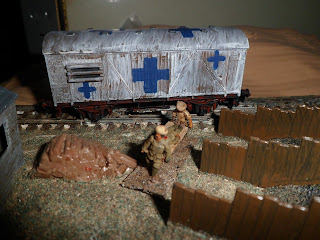 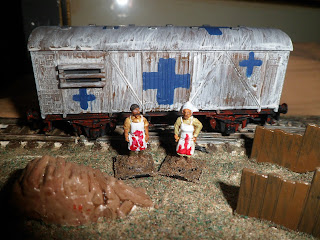