When Early War Miniatures first showed their up and coming Italian trikes I was drawn to them (as I often am to odd stuff). Then due to a mix up (well the boys are awful busy), I ended up with a mix of kits, some of which i hadn't ordered - d`oh! Not to make a fuss I decided to re-write my Italian orbat for Tunisia and enlarge the recce element to make use of the odd trikes I had`nt originally wanted. So my second order arrives early last week, great just what I wanted but - oh ho - I`m still short of a few bits and now realise I need some extra bits too. So I shoot off an order to Raventhorpe and as usual they turned my tiny (less than £20 order around in 2 days - brilliant).
So after much stopping and starting I finished all these this morning.

Armoured cars
The AB43 (right) is a re-painted di-cast, the AB41 is a very old Skytrex model a gift from Jon Sutherland 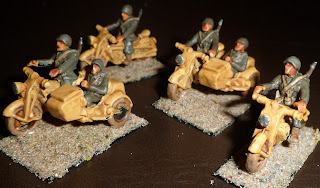 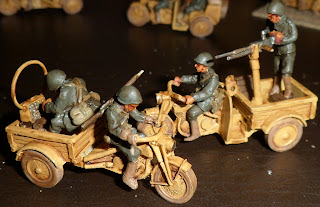 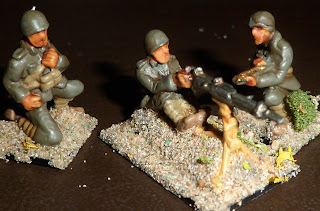 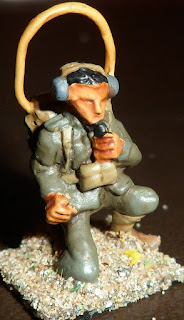 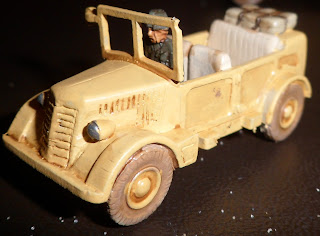 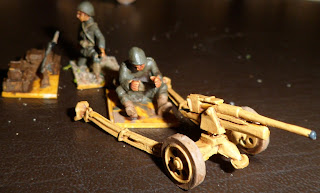 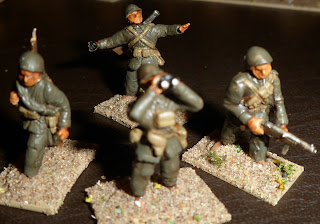