Now for s long as a can remember I`ve played with toy soldiers, my parents house and garden in Rhondda were strewn with little plastic men for my entire childhood and kept resurfacing right up until we finally moved my mother down to Swansea in 2012! Buying me presents for birthdays, Christmases or just rewards was dead easy - a packet or box of Airfix soldiers - any period or nationality, it simply did not matter as they joined on side or the other in a vast melee across the house and garden. If I was particularly lucky a Dinky or Matchbox di-cast vehicle would add a motorised or armoured element too.

In my early teens I discovered "real rules" and books by Charles Grant, Terence Wise and Donald Featherstone and began building plastic kits.

About the time I went to secondary school I also discovered another interest - horror movies. Particularly late Saturday night creature feature features on BBC2 from the Hammer studios, these introduced my young mind to Dracula (and his various buxom victims/brides); Frankenstein and his monster and Mummies, etc.

They also were my first introduction to Mr Peter Cushing a man of many roles, an actor of skill and finesse, who became a firm favourite of mine (and still is nearly 50yrs later).

When I was about 14 my Dad brought home a copy of "Past Forgetting" by Mr Cushing which he`d picked up cheap at a bookbinders sale. I wasn`t much of a reader so he thought it may encourage me (many 100s of books later it obviously has). The book contained several images of Mr Cushing`s Hammer years, but to my amazement two images of the great man with model soldiers and a copy of HG Wells "Little Wars" book! Reading the text revealed Mr Cushing was an avid collector and wargamer! To say the least I was thrilled to note I shared a hobby with this man who I admired.

Below I have collected images from across the net, some of which I have posted onto the FB page of "A Gentlemans War" others just found though Google. I don`t claim ownership of these and if anyone does and wants me to take them down please just let me know, I am using them to illustrate and pay homage to Mr Cushing and our shared hobby. 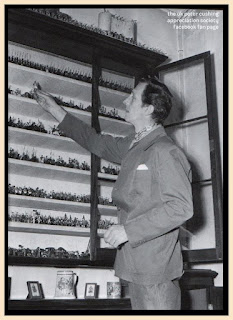 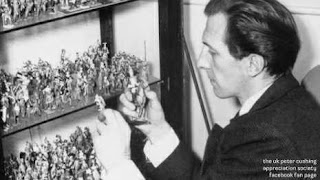 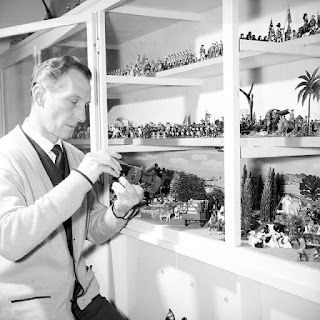 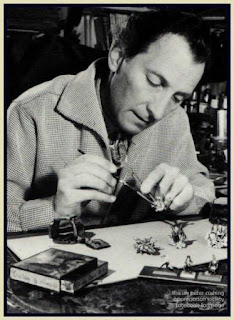 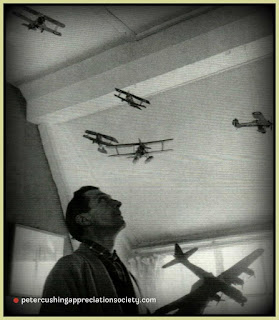 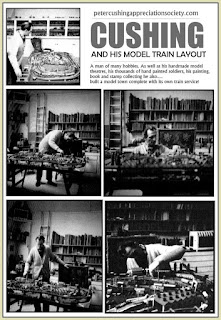 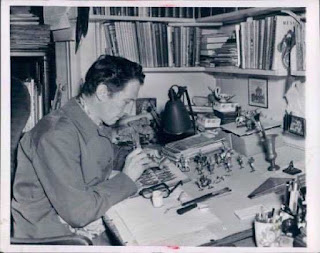 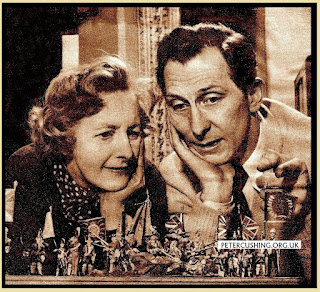 Peter and his wife Helen 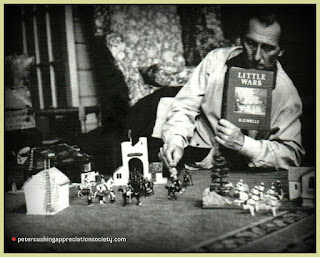 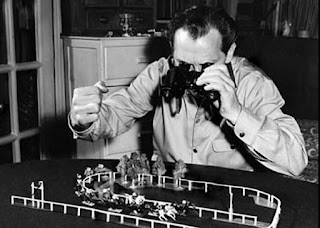 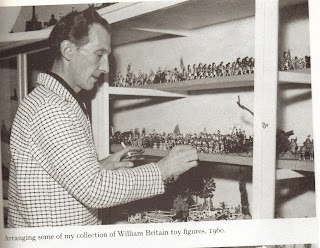 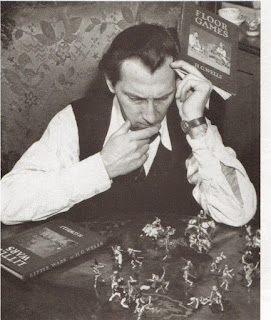 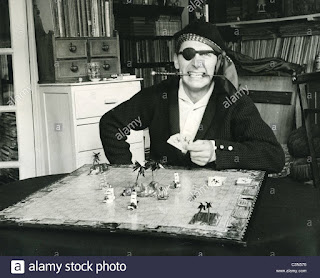 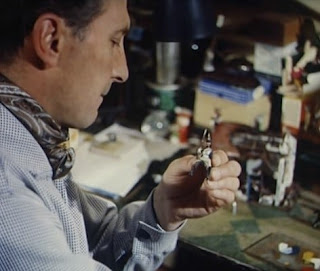 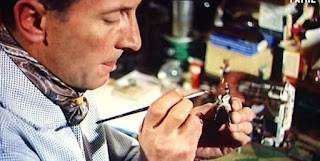 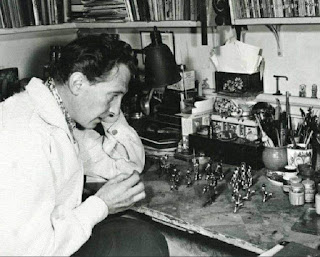 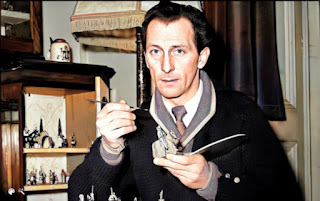 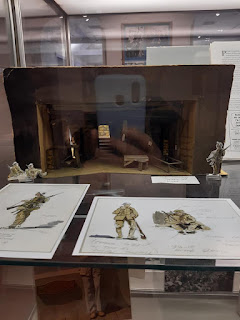 This photo was taken at the little museum at Whitstable which has some cases on display of Peter`s personal posessions including this WW1 bunker scene with cardboard soldiers including Peters orginal sketches.
A link to a YouTube video about Mr Cushing and his collection you`ll have to cut/paste into your browser, but it does work.