As soon as Paul of Early War Miniatures said he was going to do some of these I became excited and from that moment constantly pestered him until he finally released them - sorry Paul :)

This is the first batch, 9 mounted cavalry 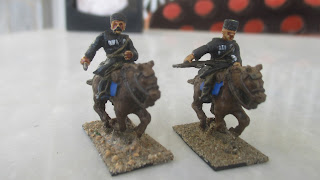 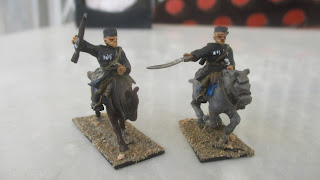 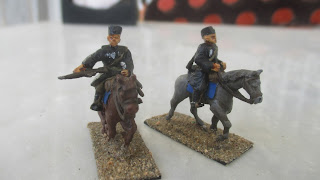 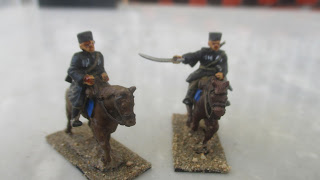 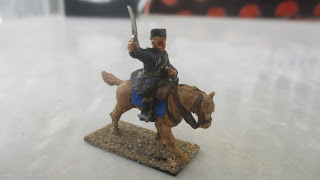 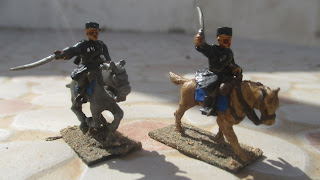 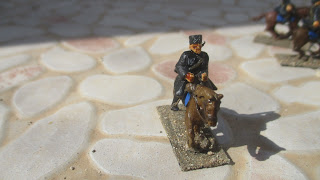 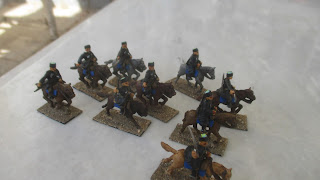 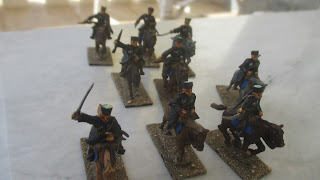 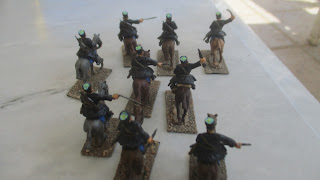 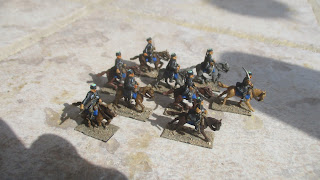 Now something you have to consider when using cavalry (well mounted infantry) is a horse holder, I cobbled this group together using EWM`s French Cavalry horse holder pack and a single foot Circassian (who has had an arm swap), I was going to base them all together, but then decided the horses would be more flexible if based in twos (used as dismounts for other armies - SCW, Mexican Revolution, French/Spanish colonials, etc) Also the foot figure can now be used as a dismounted trooper if required also. 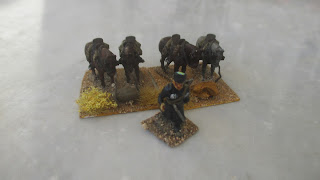 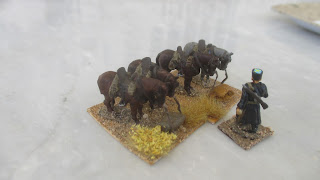 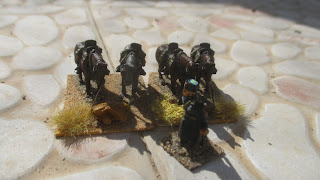