Bill Krieg was kind enough to send me three of these last year, this one was complete and I`ve decided to use as is except for a new green paint job and some French commercial decals. 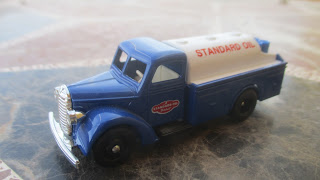 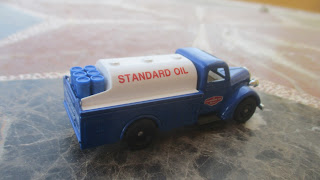 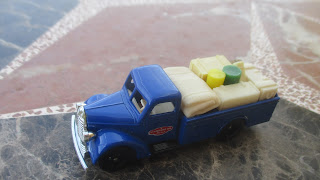 I also added a tow hook 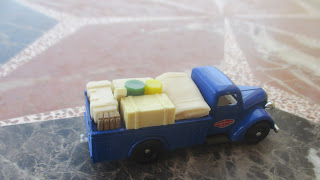 I`ve decided after much thought to make the last blue tanker lorry into a cargo vehicle too this time with a canopy, the block here will be a former for the canopy which I`ll make using papier-mache 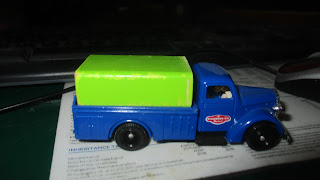 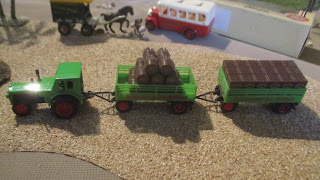 I removed the loads and added lots of mixed stowage 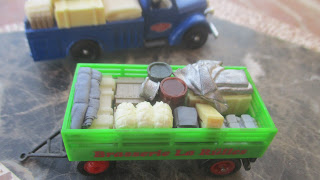 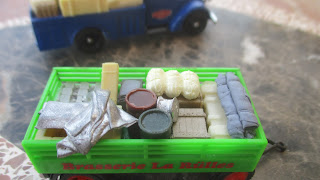 As you can see it fits nicely behind the truck 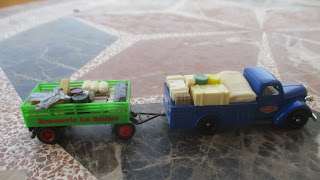 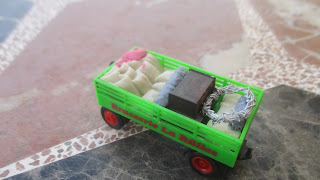 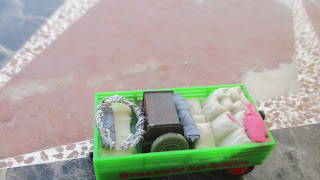 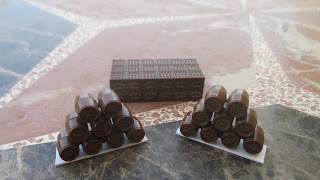 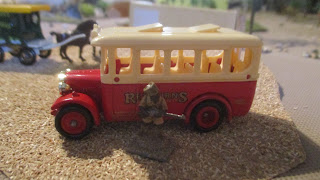 This will become a new command HQ vehicle for my Italians 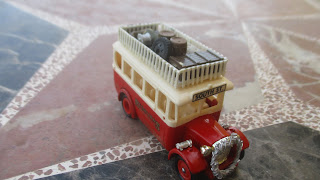 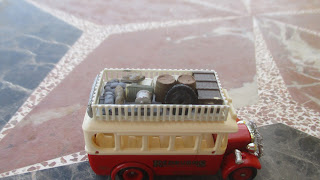 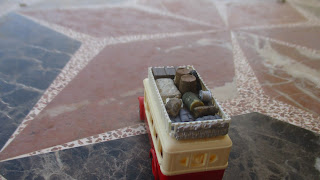 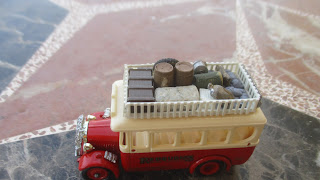 Email ThisBlogThis!Share to TwitterShare to FacebookShare to Pinterest
Labels: modelling