These went far quicker and better than expected  😀

Now I haven`t read anywhere of Circassians having LMGs or MMGs, we can assume LMGs were possibly part of a Squadron TO&E as they were with standard French formations, but I`ve read nothing about heavier support weapons?? Let`s assume if there was a gun available they would be trained to use maybe in one of the motorised columns or in a set defensive position. 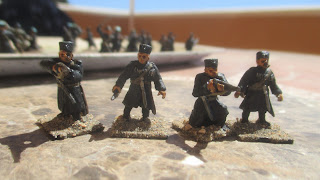 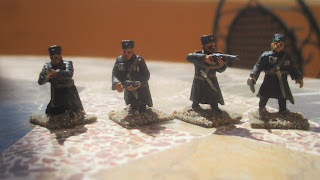 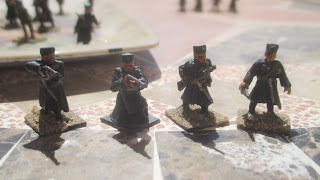 LMG team in the centre 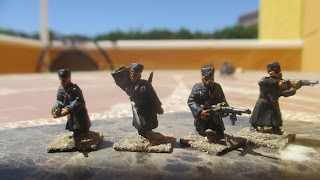 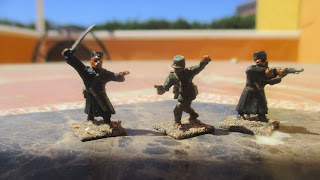 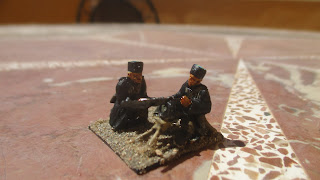 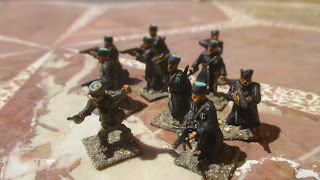 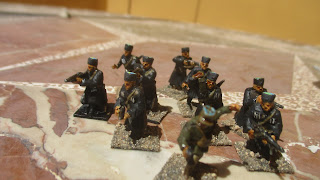 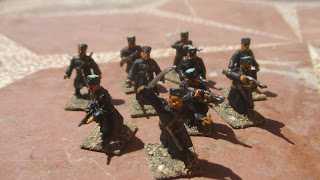 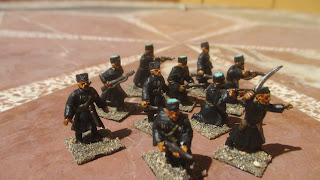 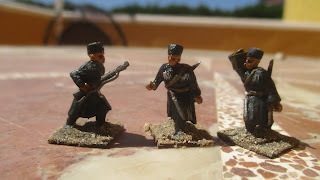 Left over figures put to use, a cavalry horse holder and Moroccan both of which will join my 7th Moroccan Division group and a sus-officer in Calot side cap 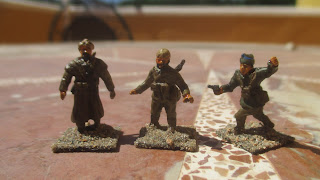