I needed a break from WW2 British - just so boreing

So I returned to my "fun" Mexican Revolution project with a few pieces I`ve been planning for quite a while.Limber and French `75

This is total mock-up, the limber is by Combat Miniatures, the horses are a mix of plastic Italeri and Tumbling Dice ones, the crew are Combat Miniatures Japanese vehicle crew with Raventhorpe heads

The gun is Raventhorpe, but seems very large next to every other `75 I own (so has been sitting in a drawer un-used until now). 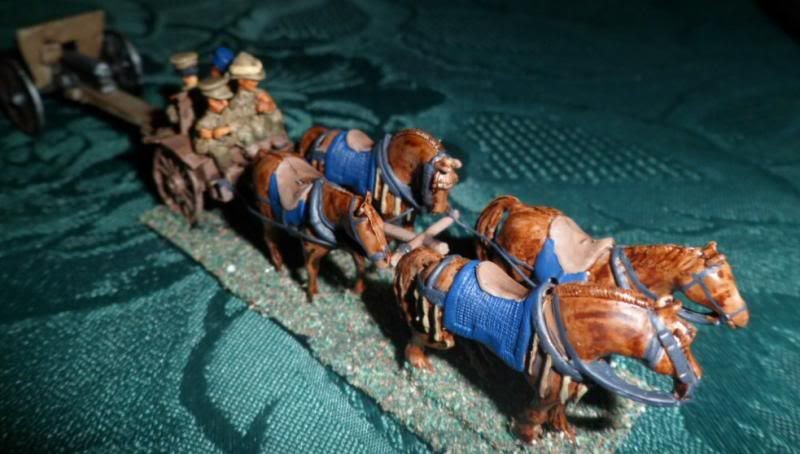 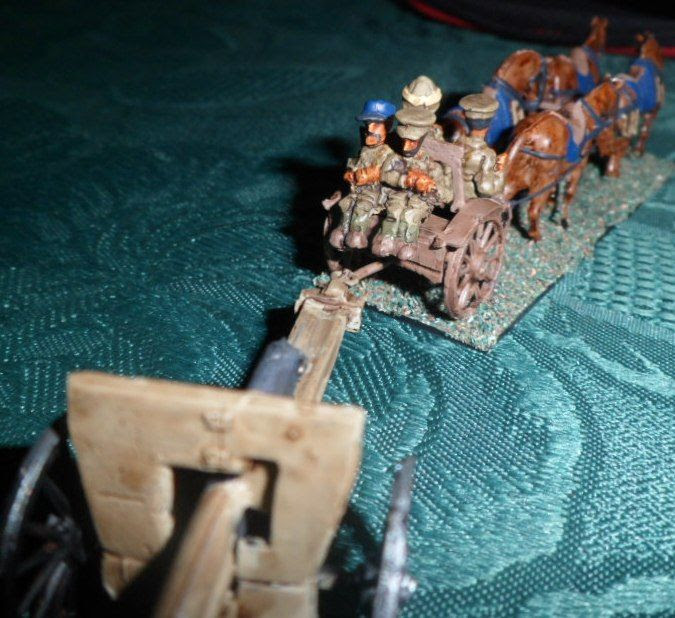 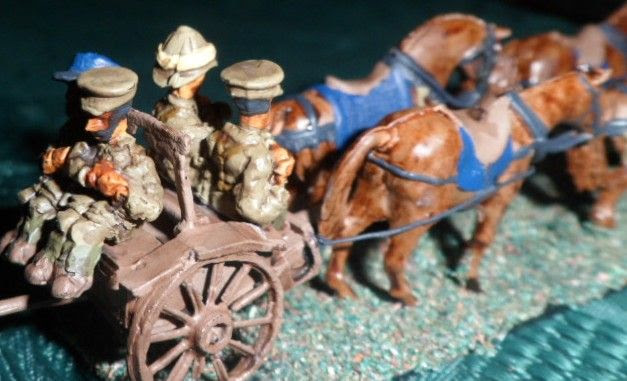 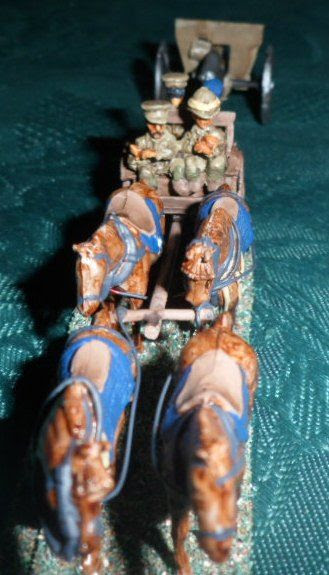 Close up of the gun with its crew ready to fire, crew are Raventhorpe WW1 crew with various heads 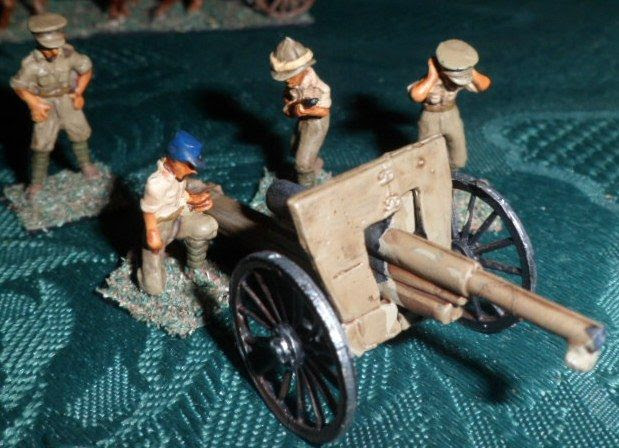 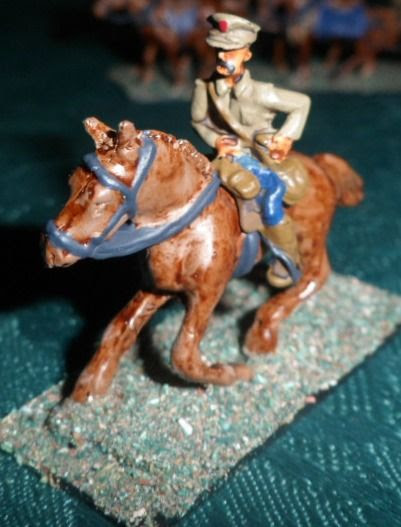 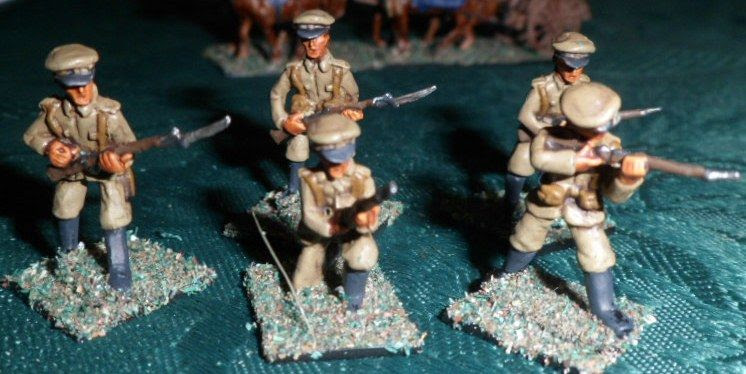 Generalissimo Pedro Ramirez Diaz in his new staff car (car is a modified di-cast toy from lledo, the Generalissmo is a Britannia German, the driver and mate are both Raventhorpe) 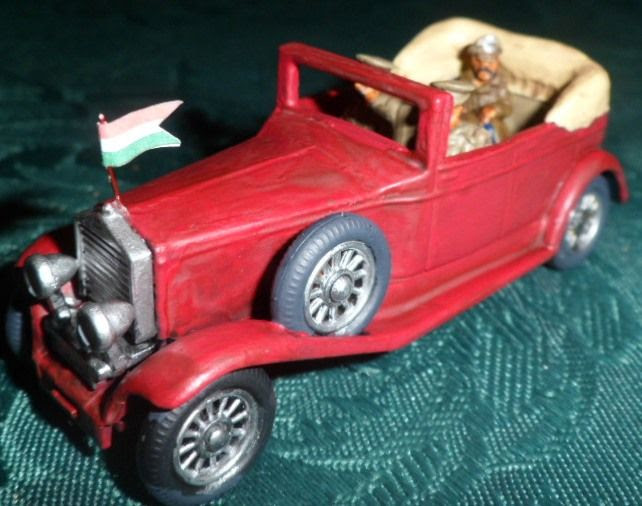 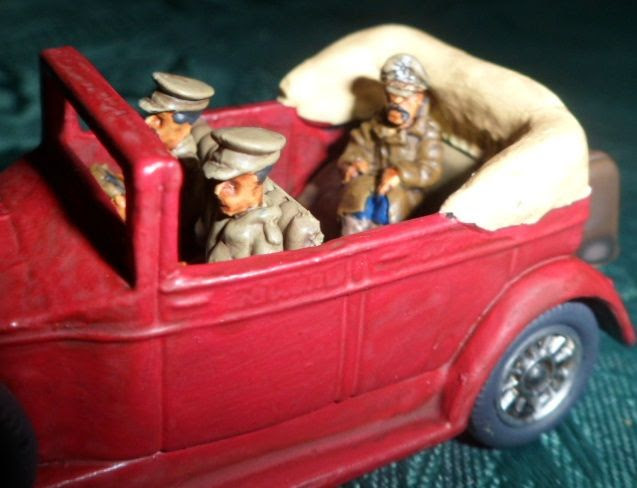 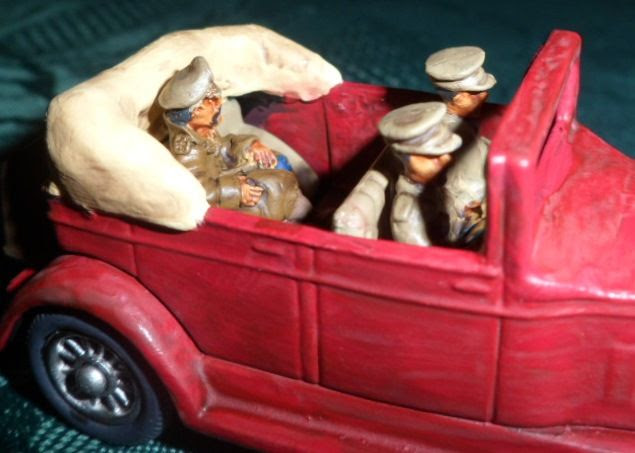 These have been lots of fun to build and paint