The basic idea is for an encounter battle, but I`m still working out the details, I thought you`d like to see the table (it may change a little as i write the scenario)

My basic plan is for a battle set during the reign of Gen, Victoriano Huerta (Feb 1913 - July 1914) taking some liberties with equipment :) The two sides to entre at opposite corners, first unit on for the Rebels being a scout train (engine plus cars, maybe a mounted gun plus a company of so on board) whilst the Government (supporters of President Huerta) arrive by road first up be a motorised column with an armoured car and some lorried infantry (maybe a towed gun too).

The rest of both "armies" will arrive piece meal randomly, building into a total fubar of a battle  :D

I may use exactly the same layout for a attack/defense battle with Pershing`s Yanks against Villaistas too :)

Looking from the narrow end towards the  wider end

Left side looking towards the river and church hill 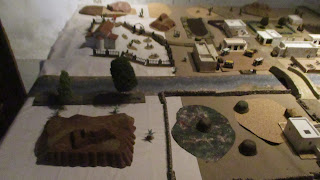 Across the whole table 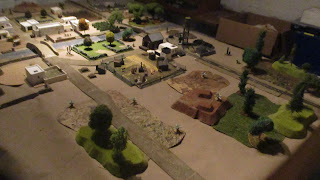 The rights side with the rail yard 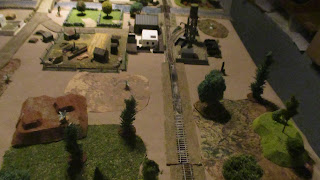 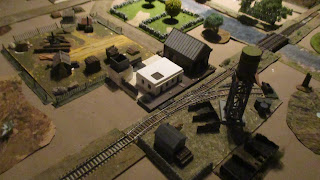 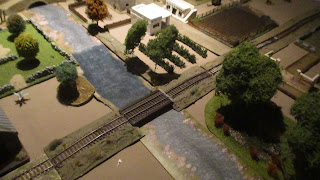 Farm at the right top corner 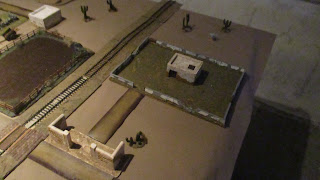 Right side of the pueblo 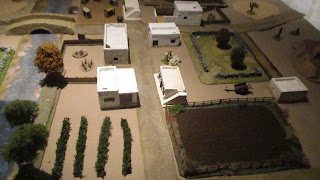 Centre of the pueblo 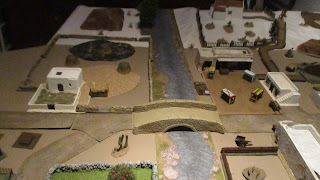 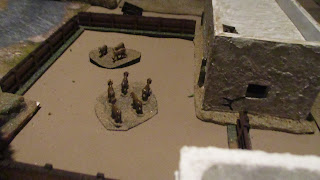 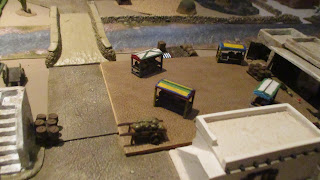 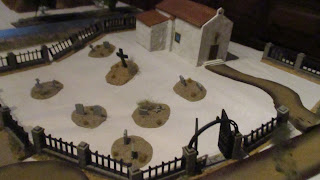 Looking back across the table from the wider end 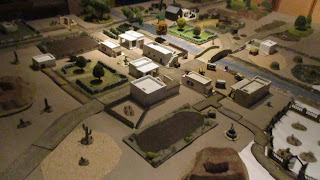