Forcing a Crossing of the Zaccara (to the finish)

Each side re-organised (took about 4-8 turns of movement), during that time only the Republican guns were in a position to fire, their 80mm mortar added a few bombs too now there was no danger of hitting their own side!

These caused some casualties among all three parts of the rebel force, but as they were spread out and using whatever cover was available, the effects were reduced. The remaining members of 1st Militia company withdrew across the bridge, before they could be trapped!

The rebels moved their guns forward, set up mortars and MMGs, the basic plan was for the Legionnaires and Carlists to attack directly over the bridge whiclt the Moors would ford the river on the left and hopefully turn the flank. As a prelude to the attack the Rebels called for air support which arrived in the form of a Henchel 123 which carried out a bombing run along the line of the river.

Carlists in the lumber yard 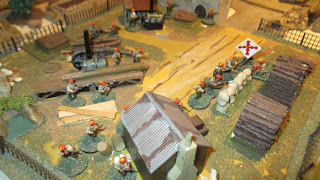 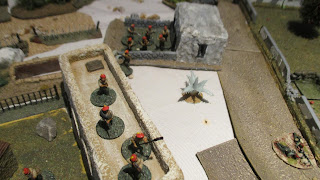 Legionnaires in the orchard 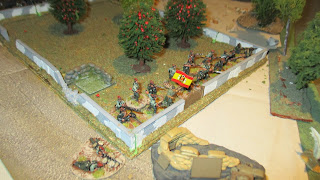 Panzer I plus 75IG in support 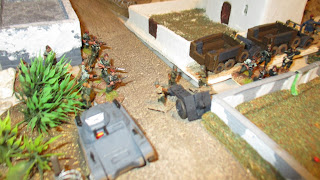 African Artillery at the ready 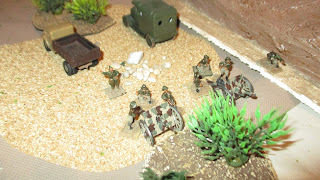 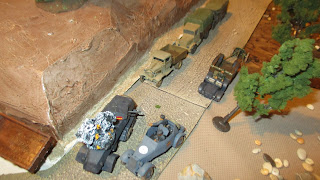 Moors on the left 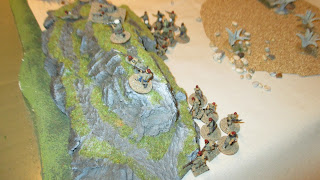 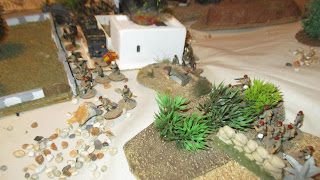 The Republican militia awaits the onslaught 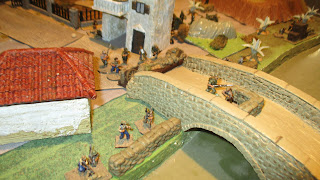 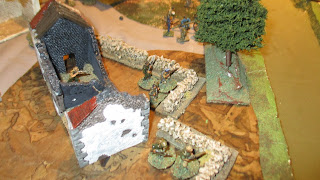 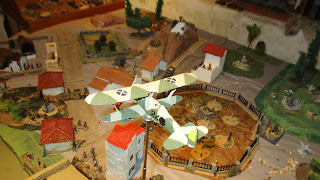 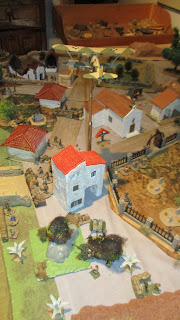 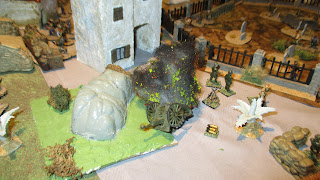 At this point the Rebels launch their major attack, the Moors are hit by 13pdr HE and also machine gun and rifle fire and take quite a few casualties. 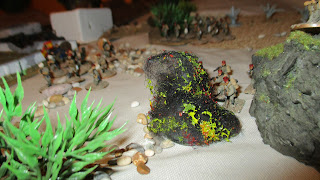 The Legion lose several men crossing the initial barricade to a well positioned LMG on a second floor balcony overlooking the bridge. The African artillery paste the house over a couple of turns and reduce it to a burning ruin! 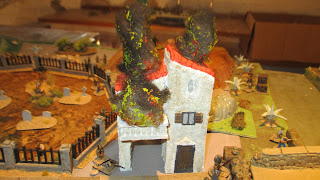 By turn 6 Legionnaires and Carlists including the Panzer I are at/on the bridge, but are taking considerable fire and casualties are mounting fast! 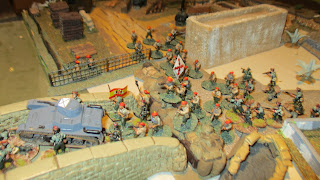 On the left Sniper, LMG and mortar fire finally silences the 13pdr 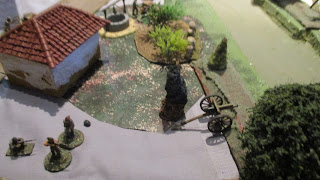 But a well positioned Vickers MMG plus 3rd company HQ moving into the gap help keep a solid defence line at the river and Moroccan casualties are also mounting.

The African artillery, 75IG and two mortars continue to rain shells and bombs onto the defenders and the Republic mortars find the range and drop HE and frag all across the bridge..... 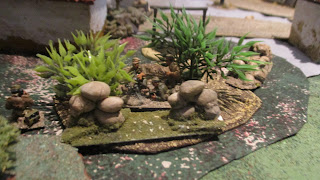 Turn 10 sees a Moroccan platoon finally reach the north bank, but they are pinned by defensive fire. 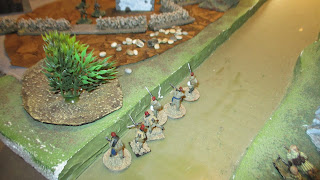 At the bridge a Republican bi-plane shows up and proceeds to strafe the exposed infantry causing multiple casualties!! 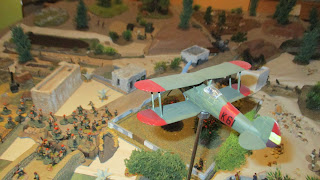 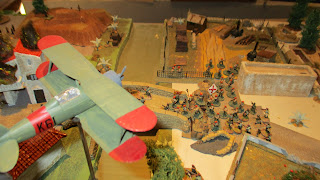 On turn 12 the rebels have one last throw of the dice:

The Panzer I tried to force the bridge and was hit by a round form an Anti-tank rifle killing the driver! 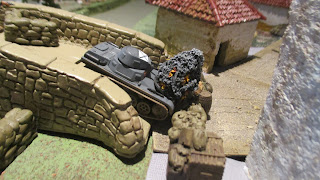 This combined with a mortar round killing the Legion commander breaks the Rebels already wavering morale and they fall back away from the bridge, the Moors on the left can`t advance across the river in the open under machine gun fire, so they dig in and take cover too.

Carlists & Legion at the bridge 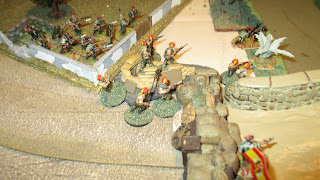 Carlists in the lumber yard 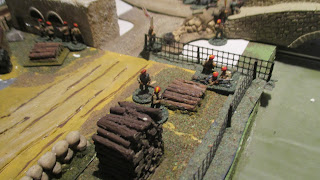 Moroccans on the south bank 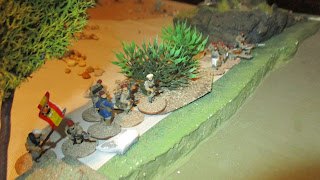 And the victorious republican militia still in control of the north bank - No Pasaran! 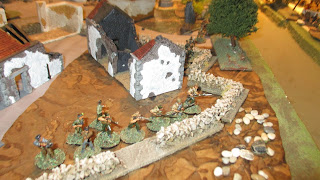 Tough game, no width for manoeuvre! Ended up being a slug-fest with little room for tactics and subtly.........