The main mechanised/armoured units in French North Africa came from Chasseurs d`Afrique (RCA). These Regiments originally formed as mounted infantry during the years of colonisation, were motorised and mechanised during the 1920-30s period given armoured cars, light tanks and motor transport. I`ve long been a fan of French colonial units, they have colour and elan and add something. For Tunisia I decided to build a recce unit from 5th Regiment - 5RCA, based on various photos and colour prints in Sicard & Vauvillier`s superb book "Les Chasseurs d`Afrique" from Histoire & Collections. 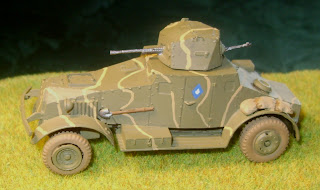 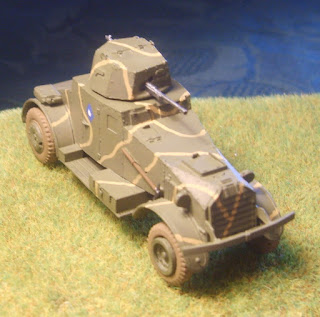 Laffly 50AM
An old Alby resin kit, I`ve tried to hand-paint the 5RCA badge (a white mosque in a blue diamond) 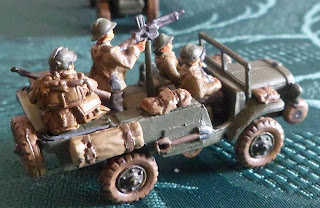 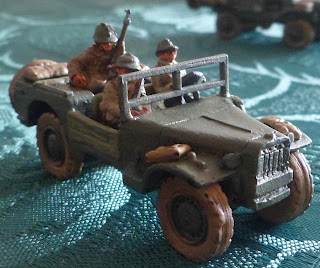 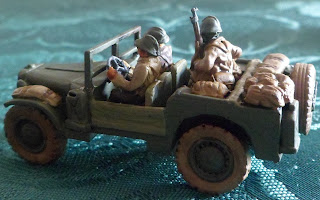 Patrol on the move